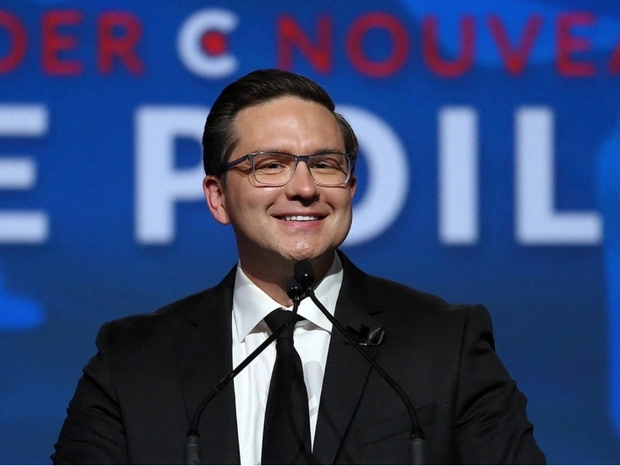 Pierre Poilievre is ahead in all of the polls.

In some cases, it’s almost a double-digit lead: Eight points. That’s a government, and — depending on what the New Democrats do to the Liberal vote — possibly a majority government.

So, the Conservative leader could win. But I still don’t think he will. Three reasons.

One, Poilievre is the furthest-right Conservative leader, ever. He’s going to scare the living daylights out of New Democratic voters, and stampede them over to the Liberals. Not because Dippers love Grits. Because they fear Poilievre (or will).

Two, conservative — small and large “C” — premiers are everywhere you look. And Canadians (and Ontarians in particular) generally like to hedge their bets. They don’t like being represented by the same party at the federal and provincial level at the same time.

Three — and I write this as the guy who proudly ran war rooms for majority-winning leaders, like Jean Chretien and Dalton McGuinty — Pierre Poilievre offers a target-rich environment. He has far more vulnerabilities than Erin O’Toole or Andrew Scheer. Perhaps even more than Stockwell Day, and that’s saying something.

Here are the targets that I’d focus on if I were running the Liberal and/or New Democrat war rooms. There’s a long list, but here are the top three.

Law and Order. Law and order has always been a Conservative Party strength — its one of the foundations on which the party has been built, in fact. Poilievre’s support for the so-called Freedom Convoy arguably shreds his law and order credentials. While Canadians certainly grew weary of pandemic mandates, they were also overwhelmingly opposed to the way the convoy types responded — occupying cities, blocking border-crossings, promoting conspiracy theories and violent conspiracies.

Remember the Senator Mike Duffy trial? That prosecution happened around the time of the 2015 federal election, and contributed to Stephen Harper’s defeat. (Duffy was found not guilty, but too late for Harper.) Watch for the trials of the Ottawa occupation leaders, scheduled for next Fall, to have the same effect on Pierre Poilievre’s numbers.

Abortion. Since the U.S. Supreme Court overturned Roe v. Wade, the abortion issue has flipped the tables in American politics. Every sitting president’s party loses support during the mid-terms. And Joe Biden was heading for a mid-term beating of historic proportions — but no longer. American women are registering to vote in record numbers — in some states, more than 70% of newly-registered voters are female, because of abortion.

For his entire political career, Pierre Poilievre has been opposed to abortion, full stop. Only when he decided to seek the Tory leadership did the Ottawa-area MP try to execute a whiplash-inducing reversal. Even if some voters believe he’s had a conversion on the road to a reproductive Damascus, it is unlikely to work: his caucus is overflowing with anti-abortion types, and he’s pledged to let them bring forward bills to kill reproductive rights.

Pandemic. Sorry, but it’s not over, folks. Sure, we’ve (largely) removed the masks, and some governments have (recklessly) stopped releasing statistics about infection levels. But COVID-19 isn’t finished with us yet. In the past week alone, Canada has registered more than 1,500 new cases every day. And we are averaging at least COVID 23 deaths a day. New waves of infection are happening Quebec, Eastern and Southwestern Ontario, British Columbia, and various points between.

Unfairly, Erin O’Toole was defeated by a seeming indifference to the pandemic. Pierre Poilievre, however, can’t be accused of ambiguity about Covid-related public health rules: he’s completely against them. Earlier this year, Poilievcre even brought forward a bill to ban vaccination requirements for federal employees who go face-to-face with Canadians — and for international travellers who we know imported Covid-19 into Canada in 2020. Donald Trump tried that strategy, too. It didn’t work out so well.

There’s more — lots more. The Liberal and New Democrat war rooms will target other Conservative vulnerabilities, ones that have paid dividends in the past: guns, racism, cuts to social programs. They are busily plotting to define him before he can define himself.

Will any of that hurt Pierre Poilievre? Well, Conservative partisans will say no way, and point to the polls. He’s way ahead, they’ll say. And he is.

But here’s what I’d always say to my war room warriors.

You, the war room, see what is, and turn it into what will be.”

And that’s what they’re going to do Pierre Poilievre.