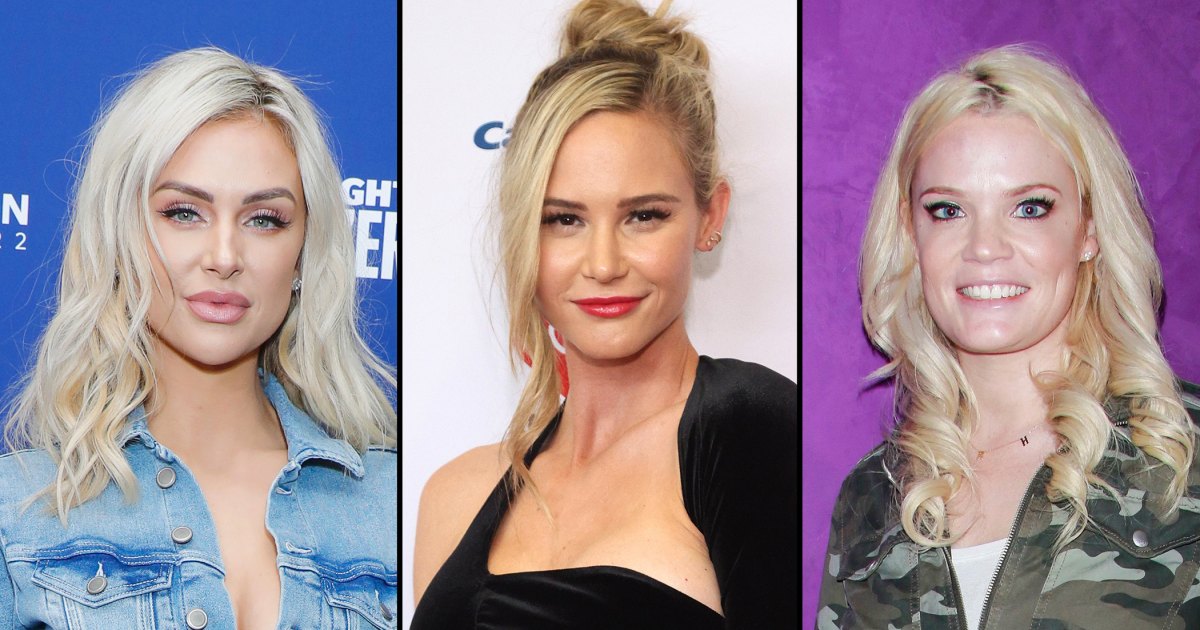 A different approach. Lala Kent and Meghan King are just some of the celebrities who admitted to doing background checks on potential dates following messy splits.

Kent made headlines for her personal life when she went public with Randall Emmett in 2018. The Vanderpump Rules star, who got engaged to the director later that year, previously chose to stay tight-lipped about her dating history while filming the show.

After postponing their nuptials amid the coronavirus pandemic, the couple sparked split speculation in October 2021 when Kent erased all traces of the director from her Instagram feed. One month later, Us Weekly confirmed that the pair had called it quits.

At the time, the Give Them Lala author opened up about choosing to publicly discuss the end of her engagement. “There are so many times where people are sending me messages about what I’m choosing to share. And for me, I want my daughter to understand what a healthy, respectable man looks like,” the TV personality, who welcomed daughter Ocean with Emmett in March 2021, told Page Six later that year. “That is my job as her mother, to create that for her, so when she goes out and it’s time for her to find a partner, or it’s time for her to raise a son, that she knows what values a man should possess.”

The Utah native later noted that she learned a major lesson from the breakup. “I now have, like, this PI guy who I just randomly send people to. I’m like, ‘Hey, before I go anywhere with this person, I’m going to need to know his story,’” she said on Amazon Live in February 2022. “I will never welcome someone into my life again without a full background check, and I mean in-depth.”

Kent moved on with model Don Lopez — but ultimately explained why they didn’t work out long term.

“He’s the first person I slept with since my last relationship, so I’ll always have a place in my heart for him,” she shared during an episode of SiriusXM’s Jeff Lewis Live in November 2022, adding she received “warnings” about Lopez amid their fling. “Don and I have had a lot of fun in the bedroom, but I posted him for a thirst trap, and then a lot of doors opened to people saying certain things, and now I’ve got to scratch him off the roster.”

Meanwhile, fellow Bravo star King also used her dating history as a way to change her outlook on romance. “I am not kidding, I do background checks on every single person I date,” the Missouri native told Caelynn Miller-Keyes on the “True Crime Reality” podcast in November 2022. In response, the former Bachelor contestant called the decision “smart.”

The candid insight into her personal life came after the former Real Housewives of Orange County star’s high-profile divorce from Jim Edmonds. The duo, who share kids Aspen, Hart and Hayes, got married in 2015 and called it quits four years later. Their divorce was finalized in May 2021.

King moved on with Cuffe Owens after her split from the former athlete. After three weeks of dating, the couple exchanged vows in October 2021. They pulled the plug on their relationship later that year and their marriage was ultimately annulled.

Scroll down for more celebrities who have been honest about doing background checks: