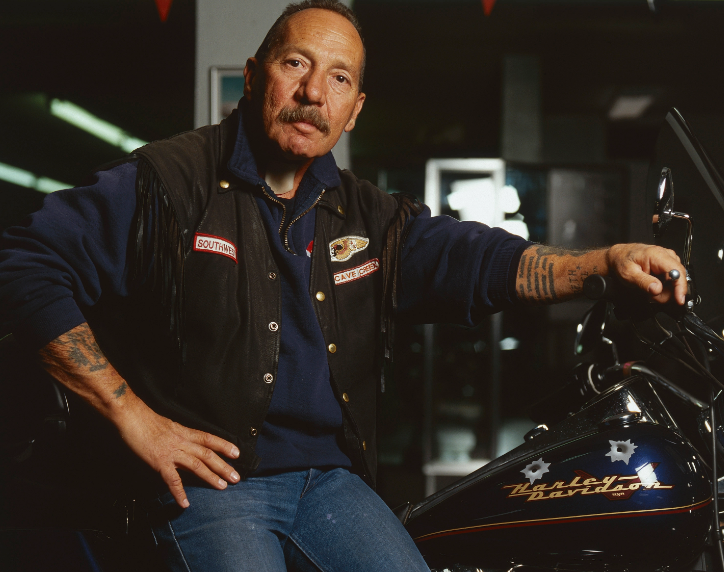 The longtime leader of the outlaw motorcycle gang has died after a long battle with cancer. He was 83.

According to media reports, Barger died Wednesday in California surrounded by his wife, Zorana, friends and relatives.

A message was posted on the biker’s Facebook page: “If you are reading this message, you’ll know that I’m gone. I’ve asked that this note be posted immediately after my passing.

“I’ve lived a long and good life filled with adventure. And I’ve had the privilege to be part of an amazing club.”

The Angels were founded in California shortly after the Second World War by former bomber pilots still craving adventure and hell-raising.

Barger launched the Oakland chapter of the Angels and eventually crafted the organization into something bigger — and more profitable — than simply cracking heads at Podunk watering holes. Under his watch, the Hells Angels grew into an international criminal powerhouse.

Chapters stretch from Halifax to Vancouver in Canada.

The longtime biker and former longshoreman said in his autobiography that he was inspired by the pioneering 1953 Marlon Brando biker epic, The Wild One.

The iconic Barger always seemed to stay one step ahead of law enforcement. He and three others were acquitted in 1973 of murdering a Texas dope dealer.

It was a narcotics beef that tripped him up. He was sentenced to a decade behind bars after being pinched with drugs and a weapon.

But Barger only served four-and-a-half years of his sentence. While not promising to go straight, Barger was ambivalent about returning to a leadership role in the club he birthed.

Cancer has been as big a threat to Barger as the Bandidos, Outlaws and Pagans over the past few decades. Diagnosed with throat cancer, he had his vocal cords removed.

The Hells Angels leader went back to jail in 1988 after he was found guilty on a slew of drug, weapons and explosives charges. The feds said Barger received explosives designed to “kill, maim or threaten.”

While Barger was never directly tied to the notorious Lennoxville Massacre of the Angels notorious North chapter in Quebec on March 25, 1985, gang experts believe he gave the green light.

By the time the dust was settled, five Angels were dead and cops were fishing their bodies out of the St. Lawrence River for months.