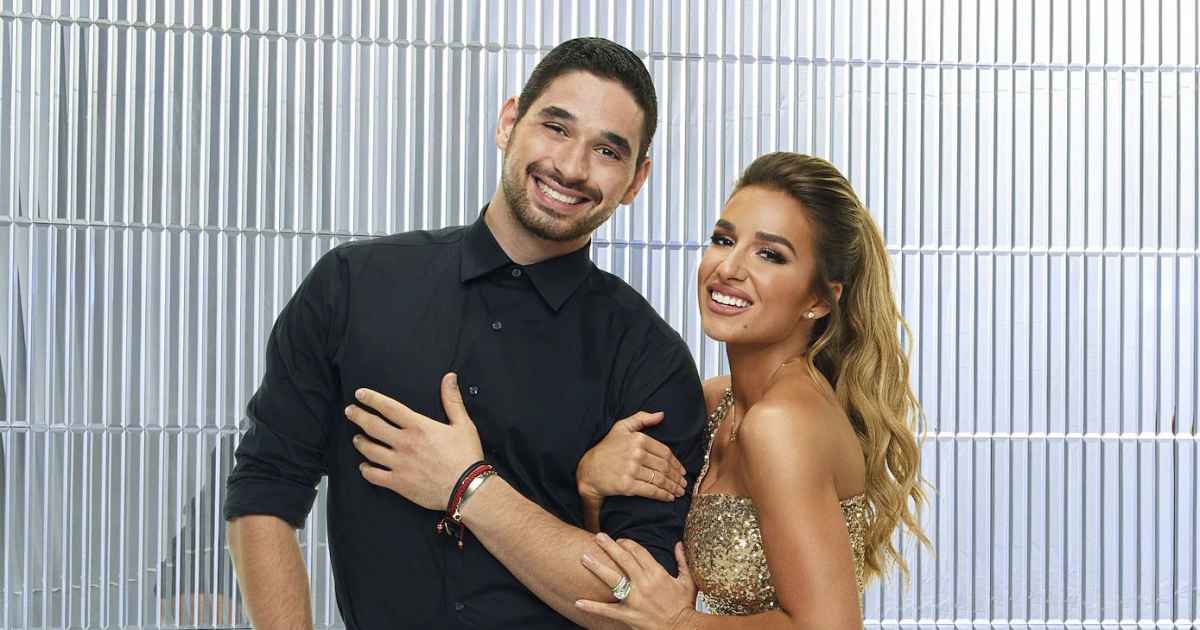 The theme is Bond … James Bond. Dancing With the Stars contestants danced to music from the spy film franchise during the Monday, October 3, episode.

By the end of the evening, the couples with the lowest scores were Vinny Guadagnino and Koko Iwasaki and Cheryl Ladd and Louis Van Amstel. Once all the votes were counted, Ladd, 71, and Van Amstel, 50, were in the bottom two along with Sam Champion and Cheryl Burke. The judges unanimously voted to save Champion, 61, and Burke, 38, eliminating Ladd and Van Amstel.

Earlier in the episode, Selma Blair, who has been open about her struggles with Multiple Sclerosis, danced the Rumba blindfolded to “For Your Eyes Only” by Sheena Easton with partner Sasha Farber.

“It was helping me to block out some of the noise,” the 50-year-old Cruel Intentions actress explained to cohost Alfonso Ribeiro after the performance. “I do get real sensory overload and shut my eyes a lot, so this was a gift. But also, it can be quite disorienting but really thrilling and I loved it and I love Sasha.”

Farber, 38, explained that he came up with the blindfold idea after noticing that Blair often closes her eyes during rehearsal when feeling disconnected from her body. “I wanted to make her feel as comfortable as I possibly can on the dance floor, and we gave it a whirl. It worked. It was a gamble and I’m so proud of her,” he said.

Other duos went above and beyond to get into character as suave MI6 agent Mr. Bond. Iwasaki, 25, had her partner, Guadagnino, 34, do etiquette training before they began rehearsing the Rumba. “Vinny is becoming James Bond before my eyes,” she said.

Despite his preparation, the judges had constructive criticism for the Jersey Shore star. “You just managed to survive the rumba,” Bruno Toniolo told him. “It was a bit stumbly and blocky but good effort.”

Carrie Ann Inaba told the MTV personality, “I wanna see the details which means maybe train a few more hours.” She added that the comment was “no diss” and her feedback was “full of respect.”

While waiting for his score, Guadagnino did an impression of Len Goodman’s British accent at Ribeiro’s urging. “I wanna say it was rubbish but you knocked my socks off,” the New Jersey native said, pretending to be Goodman, 78, reacting to his performance.

Last month, the Chippendales performer told Us Weekly that he was focusing on support from DWTS viewers amid criticism from the judges.

“I’m definitely not a technical dancer. So, if they’re gonna look at all the technique, technical things, like, I definitely have room for improvement, but the fans came out to vote and that’s what’s most important. I’ve really felt the love this week more than like a lot of times ever in my career doing this,” he said.

Scroll through to see all the James Bond Night scores: