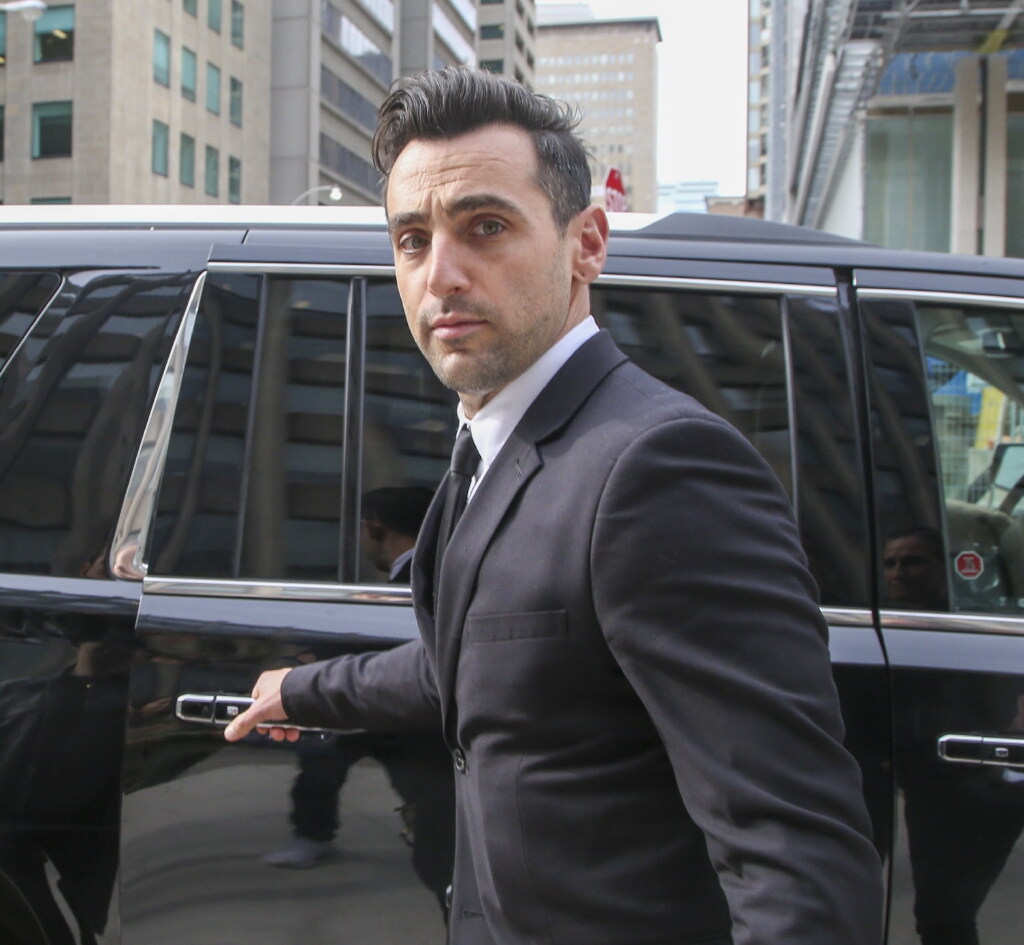 It was her final day on the stand, the end of a long, gruelling week for an Ottawa woman who claims Hedley frontman Jacob Hoggard raped her repeatedly, choked her and slapped her when they met in a downtown Toronto hotel room in 2016.

And it was the end of defence attempts to insinuate everything that happened that day had been part of an agreed-upon hook-up after she and Hoggard matched on Tinder a few weeks earlier.

Her Ottawa roommates and a friend would testify that she was crying and distraught after she returned from the Nov. 22, 2016 encounter. Two of them described how she was in obvious pain and had trouble walking and sitting down when they saw her the next day and she told them she’d been violently raped by Hoggard.

But his lawyer suggested it was all consensual.

“I want to ask you now about the text messages that you exchanged before you met Mr. Hoggard,” defence lawyer Megan Savard said as she neared the end of her cross-examination. “You planned together to have sex there?”

“Correct,” replied the woman as she wiped her swollen, teary eyes.

“In your mind, this was going to be something like a one-night stand? You didn’t think of it as the beginning of a romantic relationship?”

To each question, she replied, “Correct.”

“In your text messages, you discussed what was going to happen when you saw each other. You spoke about some sexual things you were going to do at the hotel? ” the lawyer asked.

“And I suggest you spoke about them using what I’ll call coarse language instead of romantic language,” Savard continued. “It was almost this purely sexual transactional conversation?”

“And you talked about these explicitly, do you know what I mean by that? And you spoke about it often, daily leading up to the hotel visit.”

“The topic of what you were going to do at the hotel was the main topic of conversation? You only discussed sexual feelings for each other, not any other kind of feelings and in your mind, this was a casual, sexual relationship you were embarking on?”

But by now, the witness seemed numb to it all — it was obvious she just wanted this to be over.

Both women testified Hoggard violently raped them, ignoring their cries to stop. And both were accused by the defence of fabricating the allegations as revenge against a star who had just used them for sex.

While under cross examination, the second complainant was constantly accused of lying — to police about what really happened, to Hoggard about needing vaginal stitches and consulting a lawyer, and to the CBC, when she gave an anonymous interview in 2018.

Savard had confronted her with one of two different clips and suggested she’d lied when she told the TV reporter the assault was especially painful because she was recovering from surgery “in a big way” — something she’d never told anyone else. On the stand, the complainant seemed mystified — while she agreed that it was her, she denied saying anything about surgery to anyone.

That’s because she hadn’t.

She and the jury were told Friday that the silhouetted person in that CBC clip, their voice altered, wasn’t even her.

“It should not have been played at our trial at all. The speaker is not (the complainant),” Justice Gillian Roberts advised jurors at the start of the day.

Small comfort that must have been. But at least her testimony is done.