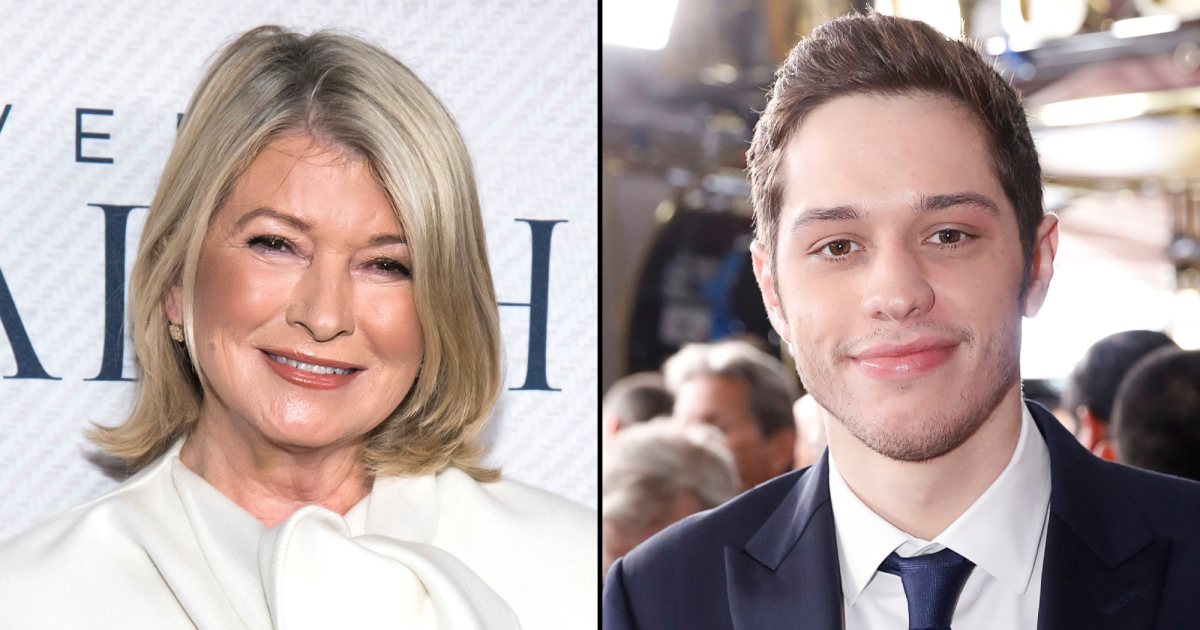 More than friends, they’re family. Martha Stewart and Pete Davidson have a surprising friendship but it’s as wholesome as can be.

“Pete Davidson is like the son I never had,” the Martha Stewart Living alum, 80, told the Daily Mail on Friday, August 12. “He is a charming boy who is finding his way.”

Stewart famously ran into the Saturday Night Live alum, 28, at the White House Correspondent’s Dinner in April, when he and then-girlfriend Kim Kardashian made their red carpet debut together.

“They’re fun. They’re very nice together,” the cookbook author exclusively told Us Weekly in May of the former couple’s night out at the famed D.C. event. “They’re hanging out. They seem to be very fun with one another.”

While Stewart appeared to be “Team Kete” after their red carpet debut, she had “no idea” if the pair were even that serious. In fact, when asked if the duo’s romance would last, she quipped: “No, of course not.”

Of course, Stewart’s prediction would eventually come true as Us confirmed earlier this month that Kardashian, 41, and the Bodies Bodies Bodies star had gone their separate ways after less than one year. (The twosome were first linked in October 2021 following her SNL hosting debut.)

“It’s upsetting for both of them, but it is what it is,” a source told Us in August of their amicable split, noting they are still friends who have “respect” for one another.

The Martha Knows Best star and Davidson have been acquittances for several years, after initially meeting back when he was an up-and-coming SNL comic.

“I’ve invited him to come on my podcast and I look forward to hearing what he has to say,” Stewart further told the Daily Mail on Friday of her pal.

Kardashian also has a special connection to the New Jersey native after they first met at the White House Correspondents’ Dinner back in 2012.

“[Kim] really has come a long way,” Stewart previously told Us in April 2015. “I think, what she’s done, is part of [who she is] and her persona. Because of that, you can’t take anything away from her. Kim has done so much and brought her family along! I think Kim is amazing.”

She added at the time: “You know, look at all of her lifestyle products. She’s made a career — as a lot of celebrities have — of breaking into the lifestyle business. She’s got that part of me up her sleeve!”