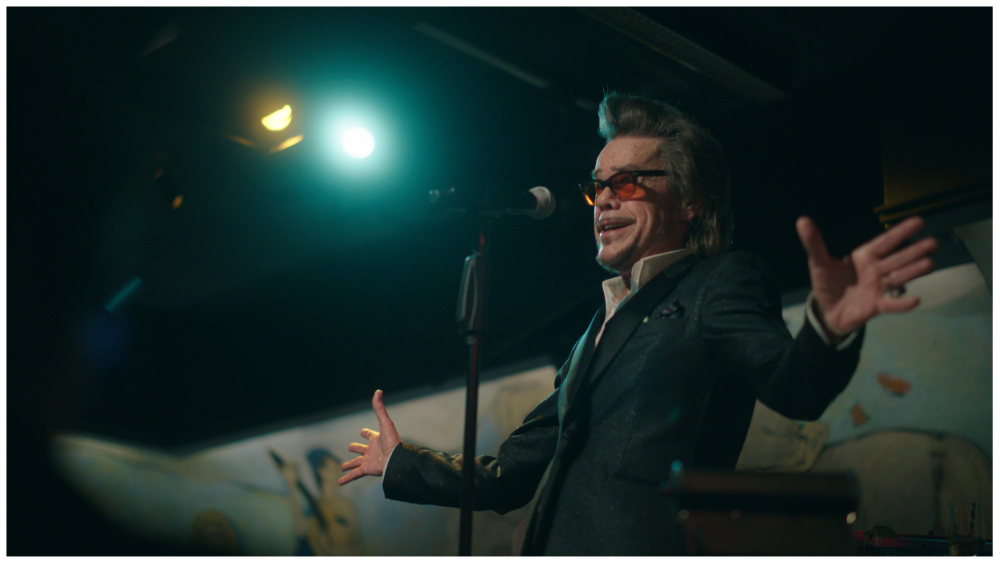 Documentary festival IDFA will host the international premieres of Martin Scorsese and David Tedeschi’s music film “Personality Crisis: One Night Only” and Barbara Kopple’s “Gumbo Coalition” as part of its Masters program, as well as the world premiere of Coco Schrijber’s “Look What You Made Me Do.”

The selection includes the work of several renowned directors who have reinvented their cinematic language. Patricio Guzmán breaks from his poetic approach to adopt a more direct, political form of filmmaking with “My Imaginary Country,” centering on the October 2019 protests in Santiago. Gianfranco Rosi directs his first archive-based film “In viaggio,” which sees Pope Francis’ journeys as a map of the human condition. Jørgen Leth and Andreas Koefoed co-direct a film together for the first time with “Music for Black Pigeons,” a reflection on aging through jazz music, and Ruth Beckermann’s “Mutzenbacher” takes a look at a controversial erotic novel through an elaborate casting call.

Other masters remain faithful to their film languages as they explore subjects of increasing relevance. Among them, Sergei Loznitsa provocatively offers a missing link in history with “The Kiev Trial,” and Adirley Queirós and Joana Pimenta shine a spotlight on an all-women gang of oil bandits in their explosive hybrid feature “Dry Ground Burning.”

The Best of Fests section brings the highlights of the year’s festival circuit. Ukraine is ever-present in the selection, with several filmmakers delivering perspectives on the country. Simon Lereng Wilmont’s “A House Made of Splinters” enters into a Ukrainian children’s home near the frontlines, exploring the characters’ sorrows, expectations, and resiliency. In “Fragile Memory,” Igor Ivanko resurrects the personal stories from behind the Iron Curtain via his grandfather’s old camerawork. In “The Hamlet Syndrome,” Elwira Niewiera and Piotr Rosolowski bring together a Ukrainian theater group to recreate the Shakespearean play in dialogue with their own traumatic reality.

Other films travel the world to pursue heartfelt stories rich in song and dance, as in “Cesária Évora,” Ana Sofia Fonseca’s tribute to the Cape Verde icon, and “Bobi Wine: The People’s President,” Christopher Sharp and Moses Bwayo’s shocking portrait of the rising Ugandan pop star-turned-politician.

Meanwhile, “Beba,” the breakout hit by Afro-Latinx New Yorker Rebecca Huntt, and “Alis” by Clare Weiskopf and Nicolás van Hemelryck bring forward their own musicality, electrifying the screen through young women artists and storytellers who defy all expectations.

In honor of Mantas Kvedaravičius, the Lithuanian filmmaker who was killed earlier this year during the Mariupol siege, IDFA will present a special tribute event during the festival in which the late director’s films “Mariupolis” (2016) and “Mariupolis 2” (2022) will be screened.

IDFA will take place from Nov. 9-20 in Amsterdam.