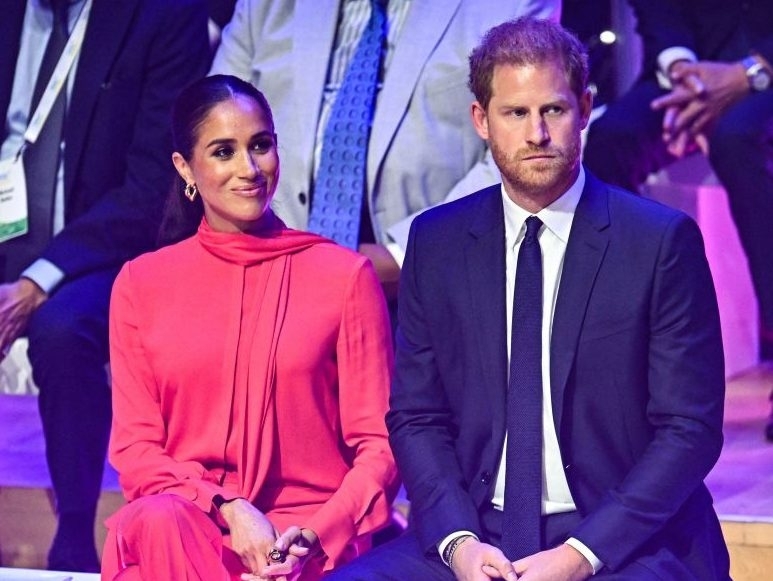 Meghan, Duchess of Sussex, dreamed of being “the Beyonce of the U.K.” when she married Prince Harry, it has been claimed.

The former Suits actress was shocked by the rules and restrictions that governed royal life and even after she and her husband decided to step back from official duties in January 2020, they were still told they would need to abide by a strict code of conduct.

A source told Valentine Low for his new book Courtiers: The Hidden Power Behind the Crown: “I think Meghan thought she was going to be the Beyonce of the U.K. Being part of the Royal Family would give her that kudos. Whereas what she discovered was that there were so many rules that were so ridiculous that she couldn’t even do the things that she could do as a private individual, which is tough…

“It just required the decision-makers to sit around a table and say, ‘OK, what are we going to do about this? What do you need to feel better? And what can we give?’ ”

According to the book – an extract from which was published by the Sunday Times newspaper – royal staff came up with five scenarios for Harry and Meghan after they voiced their intention to quit, ranging from continuing as working royals but with a month a year off, to spending most time privately but agreeing to a select number of official duties.

However, it was said to be ultimately down to Queen Elizabeth that the idea of compromise was removed entirely.

The book stated: “By the end of the week, the five scenarios had been worked through. The view from the palace establishment was that, however much time Harry and Meghan spent away from royal duties, anything they did would reflect on the institution. That meant that the normal rules about royal behaviour would apply. They should not act or take decisions in order to gain financial or other material benefits for themselves, their family, or their friends.

“But the Sussexes wanted their freedom: freedom to make money, freedom to dip their toes into American politics. There was no way for the two sides to reach an agreement on that point.

“Crucially, it was the Queen who took the view that unless the couple were prepared to abide by the restrictions that applied to working members of the Royal Family, they could not be allowed to carry out official duties.

“One source said: ‘There was a very clear view: you can’t be in and out. And if you’ve got such clarity of view, it’s very difficult to say, “Why don’t we go 10 per cent this way instead of 20 per cent?” ‘ Compromise was off the table, removed by the Queen.”

Despite the criticism Harry and Meghan – who have children Archie, three, and Lilibet, 15 months, together – have faced for their decision to start a new life in the U.K., one insider thinks it is the best thing that could have happened to the 38-year-old prince.

A source “who knows Harry well” but is “upset” about their move said: “There is a part of me that thinks Meghan did Harry the greatest kindness anyone could do to him, which was to take him out of the Royal Family, because he was just desperately unhappy in the last couple of years in his working life. We knew he was unhappy, but we didn’t really know what the solution would be. She came along and found the solution.”