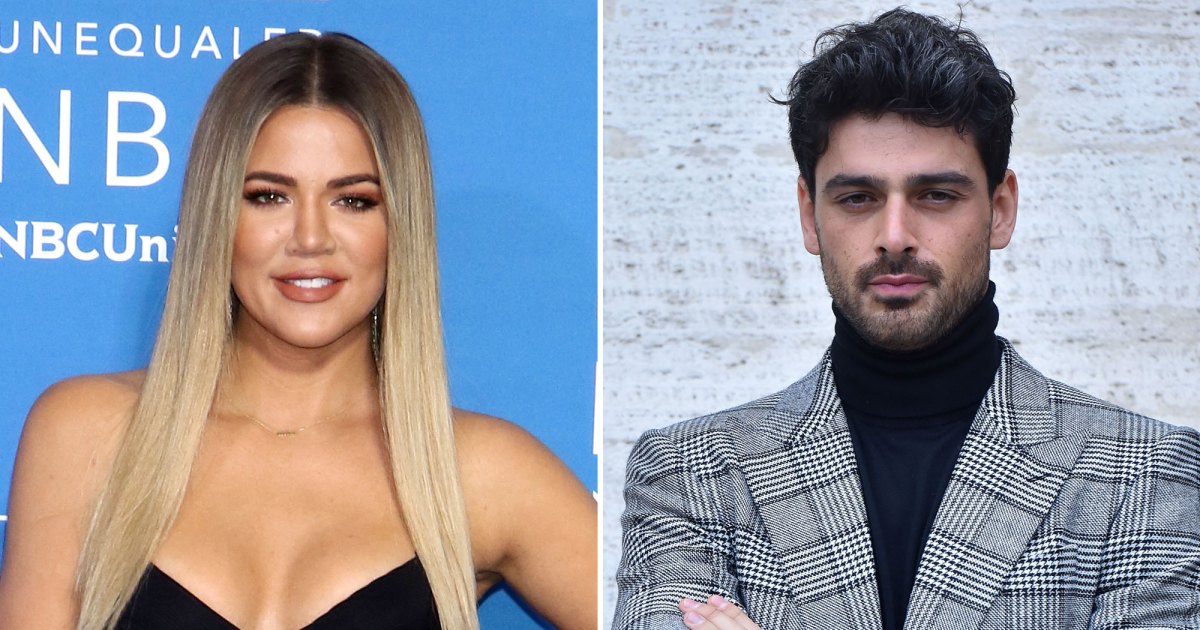 Nothing more to see here! Khloé Kardashian and Michele Morrone are not dating, Us Weekly can exclusively confirm.

“They were both at the Dolce & Gabbana show and the fashion brand asked them to take a photo together. He thought Khloe was very nice. That was the extent of their interaction,” the 365 Days star’s rep tells Us on Monday, September 26.

The denial comes two days after the Kardashians star, 38, and the Italian actor, 31, were spotted getting cozy backstage at the fashion show in Milan. In the image, which immediately sparked romance rumors, Morrone can be seen pulling the Good American designer close to him while the two were talking.

More footage from the night out — this time from the D&G afterparty — appears to portray the two speaking to each other close together while Kardashian rubs the actor’s back.

For her part, the Strong Looks Better Naked author is the proud mom of True, 4 and a baby boy, nearly 2 months, with ex Tristan Thompson. Khloé and Morrone’s seemingly flirty moment at the fashion show came just several days after the California native and the NBA star, 31, after the Thursday, September 22 premiere of season 2 of The Kardashians documented the former couple’s son’s birth amid Thompson’s cheating scandal.

Khloé and Thompson, who used a surrogate for their second child, implanted the embryo in late November 2021 — weeks before Maralee Nichols, with whom the Chicago Bulls player had an affair while in a relationship with the Keeping Up With the Kardashians alum — welcomed her child, Theo, with Thompson.

In January, after a paternity test proved the basketball star was Theo’s father, Thompson issued a lengthy public apology to Khloe.

“Khloé, you don’t deserve this. You don’t deserve the heartache and humiliation I have caused you,” the father of three — Thompson is also dad of 5-year-old son Prince, whom he shares with ex Jordan Craig, wrote via his Instagram Story at the time. “You don’t deserve the way I have treated you over the years. My actions certainly have not lined up with the way I view you. I have the utmost respect and love for you. Regardless of what you may think. Again, I am so incredibly sorry.”

Khloé, for her part, addressed the drama on Thursday’s premiere of the family’s Hulu series.

“I was definitely very angry and I think feeling bamboozled. All I know is I was being encouraged to do it [implant the embryo] by a certain date,” she said at the time. “In hindsight, he always knew when the other baby was being born.”

Earlier on Monday, two days after romance rumors swirled around Khloé and Morrone, Thompson took to social media on Monday to share a shirtless photo of himself via Instagram.