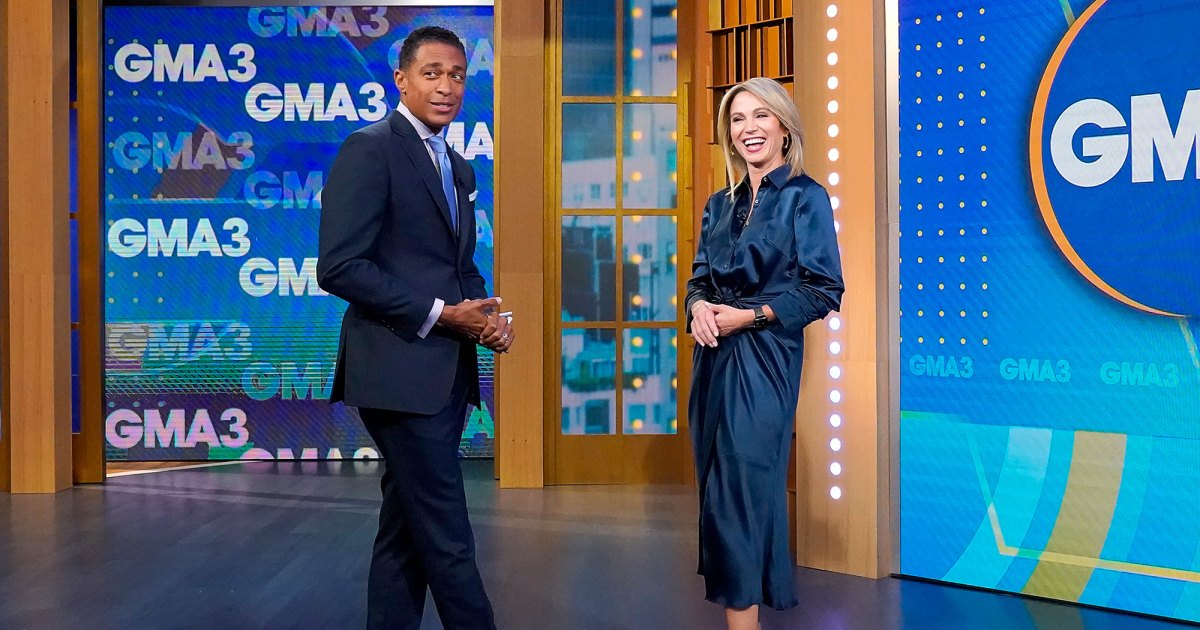 Natasha Singh is known for her work behind the scenes — but the producer is now making headlines after Us Weekly confirmed that she had an affair with T.J. Holmes.

Earlier this month, Holmes, 45, was spotted getting cozy with his GMA3 coanchor Amy Robach. In photos obtained by the Daily Mail, the coworkers were seen on outings outside the office. Holmes and Robach, 49, who are both married to other people, were also photographed on a getaway to Upstate New York.

According to a source, Holmes and Robach’s offscreen romance came after he cheated on wife Marilee Fiebig with Singh. The insider revealed to Us that Holmes had “inappropriate moments” with several ABC coworkers. Robach, for her part, knew about his infidelity and allegedly helped Holmes “cover up an indiscretion” in the past.

“Amy is unlikely to care or be surprised by any more kiss-and-tells that come to light,” the source added in reference to the Michigan native, who is married to actor Andrew Shue.

Amid the drama, Holmes’ past comments about his marriage made headlines. While celebrating their 10-year anniversary in 2020, the Arkansas native reflected on Fiebig staying with him despite his “best efforts.”

“That’s not hyperbole. I’m not being dramatic. I gave her plenty of reasons, excuses, and opportunities to walk her fine ass out the doooooooor,” he wrote via Facebook in 2020. “But instead, with her built-in black woman superpower, she showed a grace and patience that’s incomprehensible.”

He continued: “Asking her for another 10 years would be asking too much. Another 10 months? That may even be a stretch. If she gave me another 10 weeks, I should consider myself lucky. If she puts up with me another 10 days, I’d be grateful.”

Holmes praised the attorney for supporting him, adding, “But if she would even spare another 10 minutes of her time for me today, I should consider myself blessed. This is MARILEE FIEBIG HOLMES, y’all. And I, T. J. Holmes, do solemnly swear … that I …. was HER #decadechallenge.”

While Holmes and Robach previously returned to work on Friday, December 2, they were later temporarily replaced by Stephanie Ramos and Gio Benitez.

According to Variety, ABC News wanted to “do what’s best for the organization” as the morning show continued to make headlines. “Amy Robach and T.J. Holmes have the day off,” Ramos, 39, said on Monday, December 5, while introducing herself and Benitez, 37, to viewers.

Scroll down for everything to know about Singh: