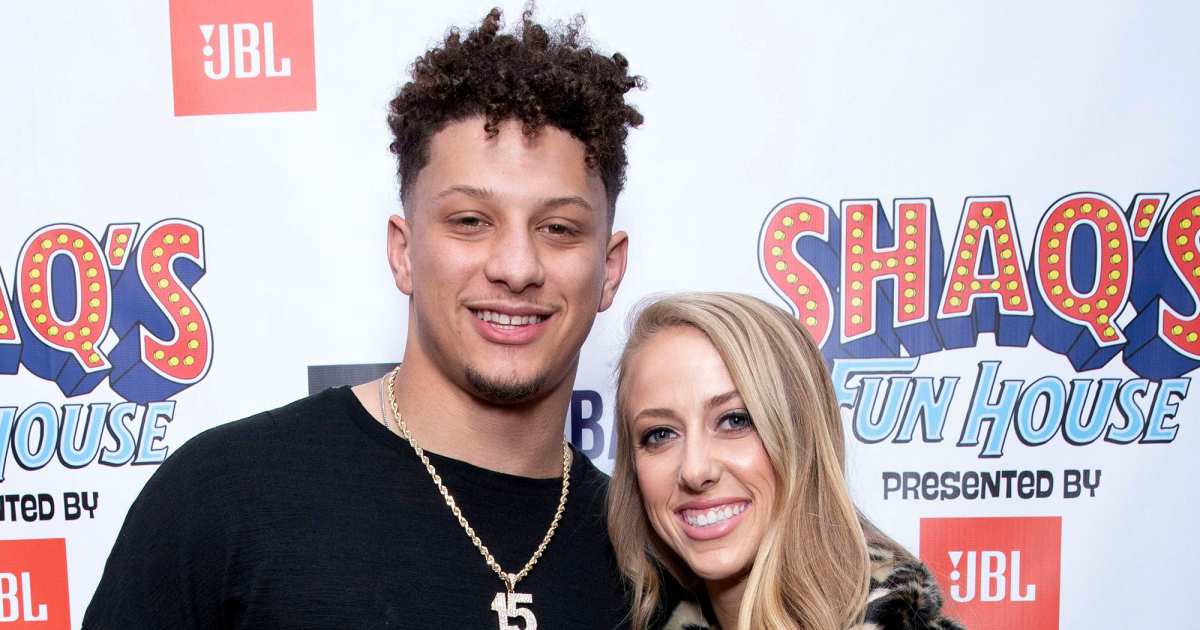 The Mahomes’ are now a family of four! Patrick Mahomes and his wife, Brittany Matthews, have officially welcomed their new baby boy into the world.

,” the Kansas City Chiefs player wrote via Instagram alongside a sweet snap of the infant’s feet.

The couple first announced their second pregnancy in May 2022 in a joint Instagram post of the two of them and their 16-month-year-old daughter, Sterling, holding up a sign that read: “Big sister duties coming soon.”

In June, Mahomes and Matthews, 27, shared another joint Instagram post in which they revealed the sex of the baby. In the video, the couple shot water guns and blue water sprayed out, confirming their new baby is a boy.

Mahomes and Matthews spent the rest of the summer traveling with their daughter to celebrate. The two posted many photos together in tropical locations.

The pair also kept busy with work while awaiting the arrival of their second child. Matthews started her own collaboration with the athletic wear brand Vitality called the “Skye Collection,” named after her daughter who was born in February 2021. In a video on Twitter, Matthews talked about her new collection saying, “The fact that it’s inspired by my daughter and her name and all those things is just the best feeling in the world.

Matthews has also continued to grow her personal training program “Brittany Lynne Fitness,” designed for people to tone, grow muscles and get strong. After receiving some backlash after sharing some workouts from her first pregnancy, Matthews tweeted, “I truly had no idea how many people actually think working out during pregnancy is not good…my, oh, my. Do your research peeps, there’s lots of new info out.”

The couple began dating in 2011. Despite going to different colleges in Texas, the two powered through it all. Mahomes played football at Texas Tech University from 2014 to 2017 and Matthews played soccer at the University of Texas at Tyler from 2013 to 2017.

Mahomes signed onto the NFL in April 2017, while Matthews signed onto her own deal with Iceland’s pro soccer team.

After purchasing a home together in 2019, Mahomes proposed to Matthews two years later. In a sweet ceremony with friends and family, the couple officially tied the knot in March 2022.