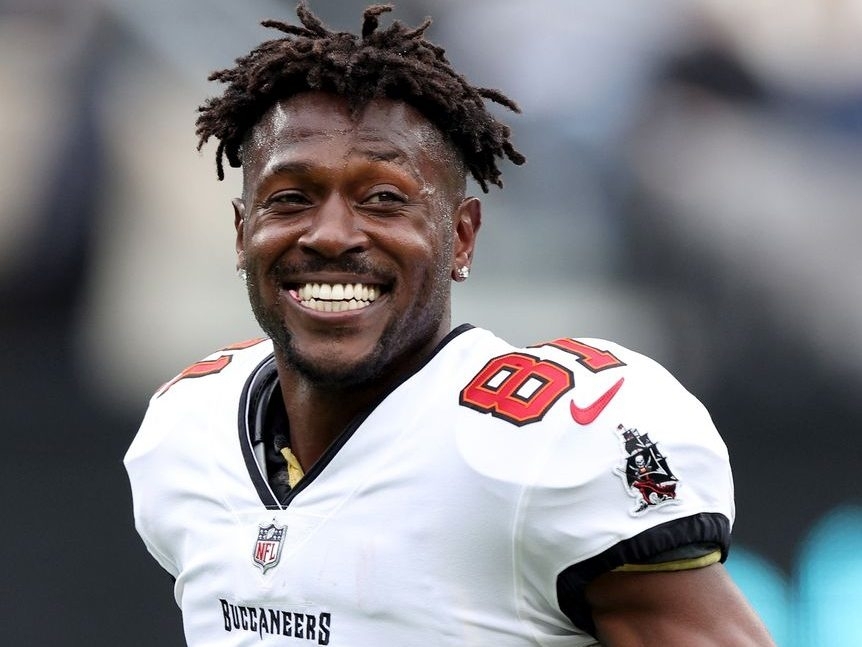 Notorious NFL hellraiser Antonio Brown once again finds himself out of bounds.

This time, the New York Post reports, that video footage obtained by the newspaper apparently shows the former Tampa Bay Buccaneer “shoving his bare buttocks into the face of a stunned woman in an outdoor swimming pool at a swanky Dubai hotel — and then lifting his manhood out of the water and whipping it in her direction.”

Shocked onlookers looked on in horror during the May 14 X-rated episode at the Armani Hotel Dubai.

The Post reports that the 34-year-old Brown appeared to be getting too close to the woman and she swam away from the former grid star.

Witnesses told the tabloid that Brown had just met the woman in the pool and she wasn’t happy after the encounter. He appears nude except for the bling adorning his neck.

He then lifted himself out of the water, giving the woman a close-up of his rear end. She laughed it off — at first.

But other men in the pool began egging Brown on.

In a second video, he appeared to surprise the woman when he tried to tie a scarf around her head. He then allegedly lifted the woman up and tossed her headfirst into the water.

One onlooker said: “He’s giving her the long board!”

Brown then allegedly grabs his penis, yanks it out of the water and points it in the woman’s direction to the chorus of “Oh my God!” from observers.

Afterward, Brown continued to put on an unauthorized exhibition of his private parts, the Post said.

Shortly after the episode, Brown was asked to leave the hotel. It wasn’t the only complaint about Brown: Others said he snubbed UAE dress codes by strutting around the hotel bare-chested and others suspected he was smoking reefer in his room.

He was in the Middle East to see pal Floyd Mayweather Jr. fight an exhibition match.

Earlier, this year, Brown ditched the Super Bowl-defending Bucs in the middle of the game. He then ran shirtless onto MetLife Stadium in New Jersey.

And the trouble was only beginning. It emerged that he had spent the night before the game having sex with an influencer who famously licked an airplane toilet seat.

Previously, he was suspended for eight games in 2020 after a Bucs trainer accused him of sexually assaulting her. The matter was resolved in civil courts.

In 2020, Brown was ordered to serve two years of probation and take anger management courses after he attacked the driver of a moving truck.

His rookie year in the NFL in 2010 with the Steelers earned him a reputation as one of the league’s best wide receivers. He was traded to Oakland in 2019 but was released because of his off-field antics.