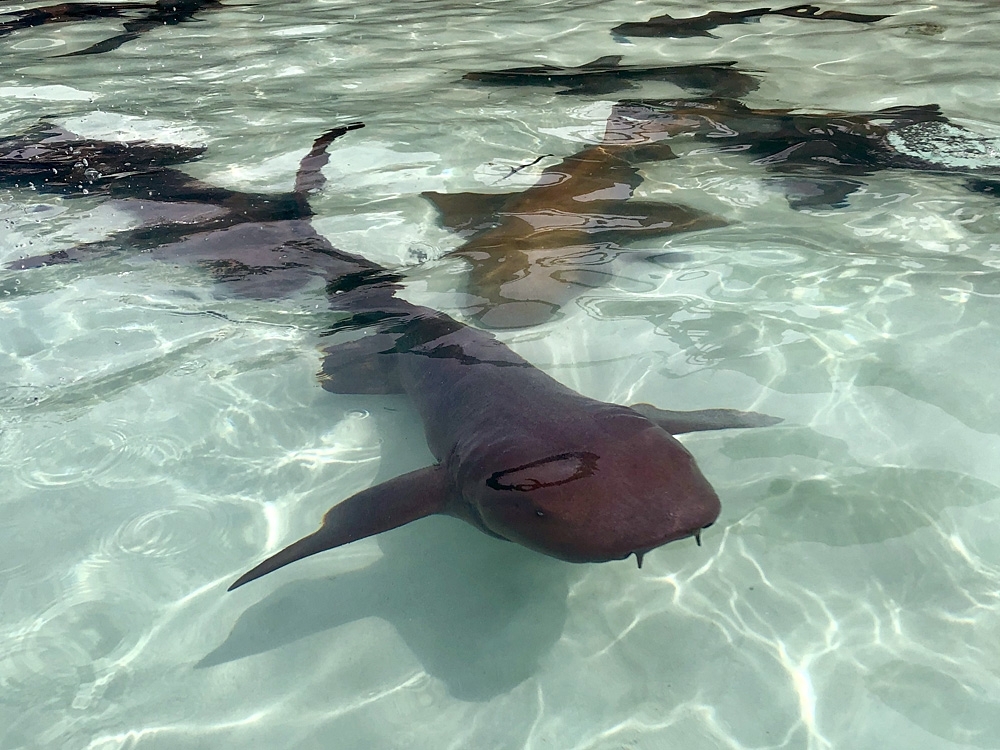 At least three nurse sharks attacked and nearly killed an eight-year-old British boy who was vacationing in the Bahamas with his family, according to a report.

Finley Downer was bitten on both legs by the sharks after going into a lagoon where he saw them swimming among a crowd of people, his father, Michael, told the U.K. Sun, according to FOX.

Finley didn’t realize the sharks were being fed scraps of food before he went into the water.

“My son could have been killed,” Michael Downer told the Sun. “It was like a scene out of Jaws.”

“There was so much blood. Bits of his leg were hanging off.”

Luckily Finley’s sister pulled him out of the lagoon, and he survived after undergoing a three-hour operation in hospital.

He will have permanent scars on his legs.

A tour operator says the family went into a lagoon that was not part of the tour and did so without a guide.