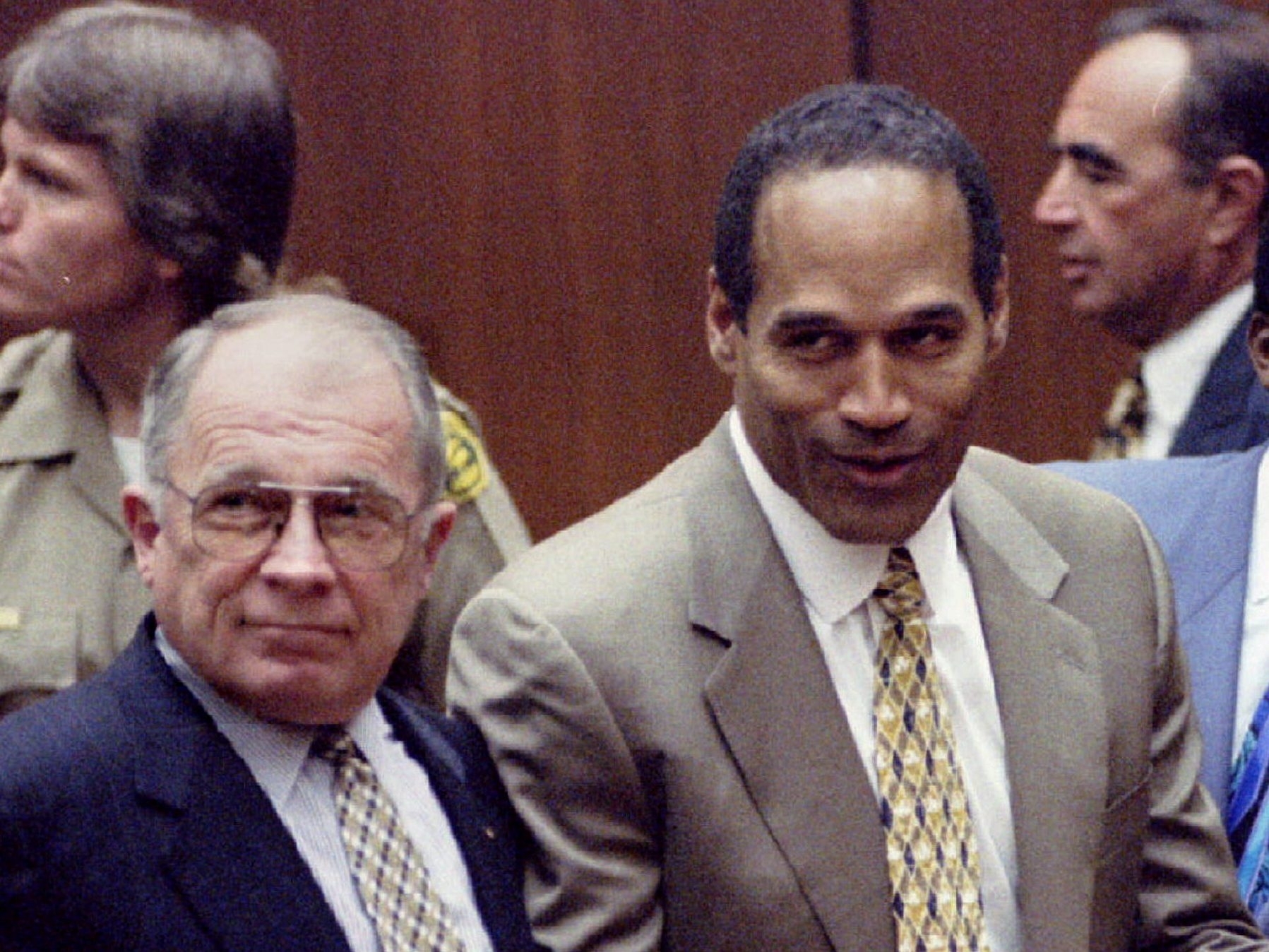 During his storied NFL career, O.J. Simpson was adept at avoiding tackles.

Now, the former Buffalo Bills star must be hoping that his gridiron trickery holds in a court of law.

Simpson was accused of murdering his estranged wife, Nicole Brown Simpson, and her friend, waiter Ronald Goldman, on June 12, 1994.

While he was acquitted in a criminal trial, the Juice was ordered in 1997 to pay a whopping $33.5 million to Goldman’s family and found liable in a civil suit for Ron’s slaying.

But according to Fred Goldman, that cash — with interest — has grown to an eye-popping $96 million, TMZ Sports reports.

The website said Goldman has submitted new court documents rekindling the judgment from the civil trial.

Fred Goldman noted that Simpson has only made a number of fairly small payments over the years. So little, in fact, that with interest the settlement has ballooned.

Even in 2015, Goldman claimed that Simpson owed him $57 million.

Goldman said that since Simpson was sprung from a Nevada prison in 2018 after serving time for armed robbery, he has gone back to making money and that cash should be going to the Goldman family.