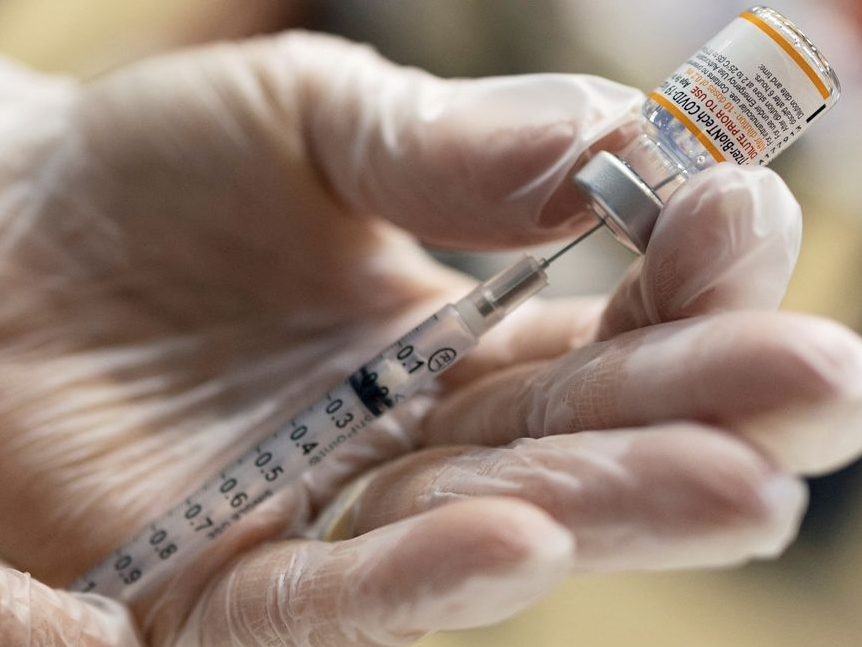 MONTREAL — The recent suspension of a Quebec professor of microbiology and immunology for comments critical of COVID-19 vaccines have raised concerns about the limits to academic freedom in the province.

Patrick Provost, a professor at Universite Laval who studies micro RNA — small molecules that help regulate genes — was suspended for eight weeks without pay on June 14 for comments he made last December at a conference.

Provost said he believes the risks of COVID-19 vaccination in children outweigh the benefits because of the potential side-effects from mRNA vaccines, which use messenger RNA created in a lab to teach cells how to make a protein.

“I was just doing what I was hired to do,” he said in an interview Wednesday. “I had some concerns about something, I searched the literature and I prepared a speech, delivered it to the public. Being censored for doing what I’ve been trained to do — and hired to do — well, it’s hard to believe.”

In December 2021, Provost shared his views on mRNA vaccines at a conference organized by Reinfo Covid Quebec, a group that has criticized COVID-19 public health measures and been accused of spreading misinformation about vaccines. Following the conference, he sent an email to all the professors at Universite Laval, encouraging them to share their knowledge and expertise with the public and making reference to his December speech.

That email led to a complaint for a colleague. A university committee consisting of a lawyer and two experts concluded that his comments were biased and that he didn’t analyze his data rigorously or present his information objectively, Provost said.

“As soon as you raise some concerns about vaccines, or side-effects, or complications related to vaccines, then it’s worse than the N-word,” he said. “You’re condemned by the media, by the government and you’re chased and put down …. We should be able to discuss any ideas — any opinions — and because I express opinions that were going against the narrative of the government, I was suspended.”

Simon Viviers, vice-president of the Universite Laval faculty union, said it has filed a grievance over the suspension.

“For us, this is an attack on academic freedom,” he said in an interview Wednesday. “To allow (a university) to judge the validity of the comments made by a university professor in public and to sanction him in this manner is extremely problematic.”

The union doesn’t have a position on the comments themselves — just the way Provost was treated, he said, adding that he worries the suspension will lead other professors to think twice about commenting publicly on hot-topic issues.

“It could really have a dissuasive effect, even lead to self-censorship,” he said.

David Robinson, executive director of the Canadian Association of University Teachers, says professors should be disciplined only for comments that amount to incompetence or that violate legal limits to speech, such as libel laws.

“We have to have a high tolerance for academic freedom and diversity of viewpoints,” he said in an interview Thursday.

“Naysayers” and “gadflies” need to be tolerated, Robinson said, because theysometimes turn out to be right. When researchers first suggested that some ulcers are caused by bacterial infection, they were dismissed by the scientific community, he said, but the evidence eventually proved them correct.

“That’s what the university is all about — it’s all about disagreements and it’s through disagreements and debate, and challenging evidence that’s presented by someone else that we eventually reach some common understanding,” he said. “But we shouldn’t stifle that debate.”

But Dr. Mathieu Nadeau-Vallee, a medical resident at Universite de Montreal who has a PhD in immunology, said Provost isn’t an expert in the mRNA technology used in the Pfizer and Moderna COVID-19 vaccines, or in the vaccination of children.

“This person doesn’t really have the expertise to speak about all this,” Nadeau-Vallee said. “He’s a biochemistry professor; he doesn’t study messenger RNA, he studies small RNA, it’s not at all the same area of research,” he said. “So this is a person who is expressing themselves about a subject that they’re not really an expert in and is speaking against the scientific consensus on that subject.”

“Academic freedom means being able to speak about any subject but it doesn’t mean that we can say false things,” he said in an interview Thursday. If someone wants to speak against the scientific consensus, Nadeau-Vallee said, they have to show scientific evidence.

According to local news reports, Provost is one of two professors suspended by Universite Laval for anti-vaccine comments. The university declined to comment on either suspension, while the union said it is not aware of the second case.

The second professor named in news reports did not respond to requests for comment.

Quebec Higher Education Minister Danielle McCann said in an emailed statement that the suspensions are examples justifying the government’s adoption earlier this month of a bill protecting academic freedom. The bill gives all universities in the province one year to create an academic freedom policy and establish a committee responsible for supervising the implementation of the policy.

McCann said she is calling on Universite Laval — and the province’s other universities — to establish those policies as soon as possible.

“These situations demonstrate the relevance and importance of adopting this law,” she said.