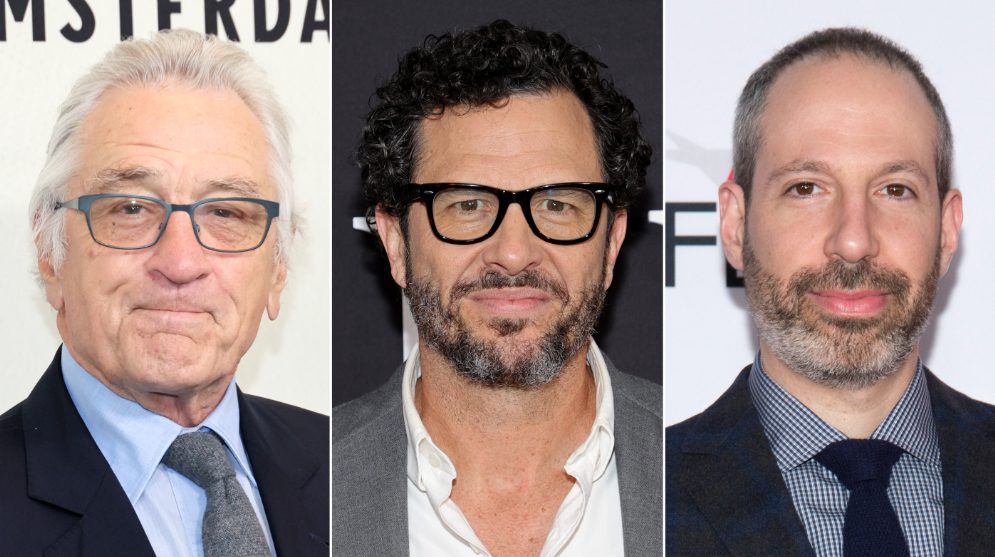 Robert De Niro is attached to star in the limited series “Zero Day” currently in the works at Netflix that hails from Eric Newman and Noah Oppenheim, Variety has learned exclusively from sources.

Exact plot details are being kept under wraps, but sources say the show would be a political thriller in which De Niro would play a former U.S. President.

Newman and Oppenheim are the writers and executive producers on the series, with a story by Newman, Oppenheim, and Michael Schmidt. Jonathan Glickman of Panoramic Media will also executive produce, with De Niro executive producing in addition to starring. Newman and his Grand Electric production company are currently under an overall deal at Netflix.

Netflix does not comment on projects in development. Reps De Niro, Newman, and Oppenheim did not immediately respond to Variety‘s request for comment. This story will be updated should they reply.

Should the series move forward, it would mark the first regular television role of De Niro’s career. He is one of the best known film stars of all time, having won the Academy Award for best actor and best supporting actor for “Raging Bull” and “The Godfather Part II” respectively. He has been nominated for seven acting Academy Awards in total, while he also shared in the best picture nomination for “The Irishman,” which he produced and in which he also played the lead role. He has received multiple Emmy nominations in his career as well, including one for best actor in a TV movie or limited series for the HBO film “Wizard of Lies,” in which he played Bernie Madoff.

Newman’s other Netflix credits include creating the Kevin Hart-Wesley Snipes series “True Story” and executive producing the Ryan Murphy-Ian Brennan series “The Watcher,” which was recently renewed for a second season. He is also an executive producer on the upcoming Netflix series “Painkiller,” which deals with the opioid crisis.

Newman is repped by CAA, Hansen Jacobson, and Rowe PR.

Oppenheim is the president of NBC News, a role he has held since 2017. He was previously the executive in charge of “The Today Show.” In television, he executive produced the limited series “The Thing About Pam” starring Renée Zellweger under the NBC News Studios banner. “Zero Day” marks his first series writing credit. He previously wrote the critically-acclaimed feature “Jackie” starring Natalie Portman as well as co-wrote the films “Allegiant” and “The Maze Runner.”

He is repped by CAA and Entertainment 360.