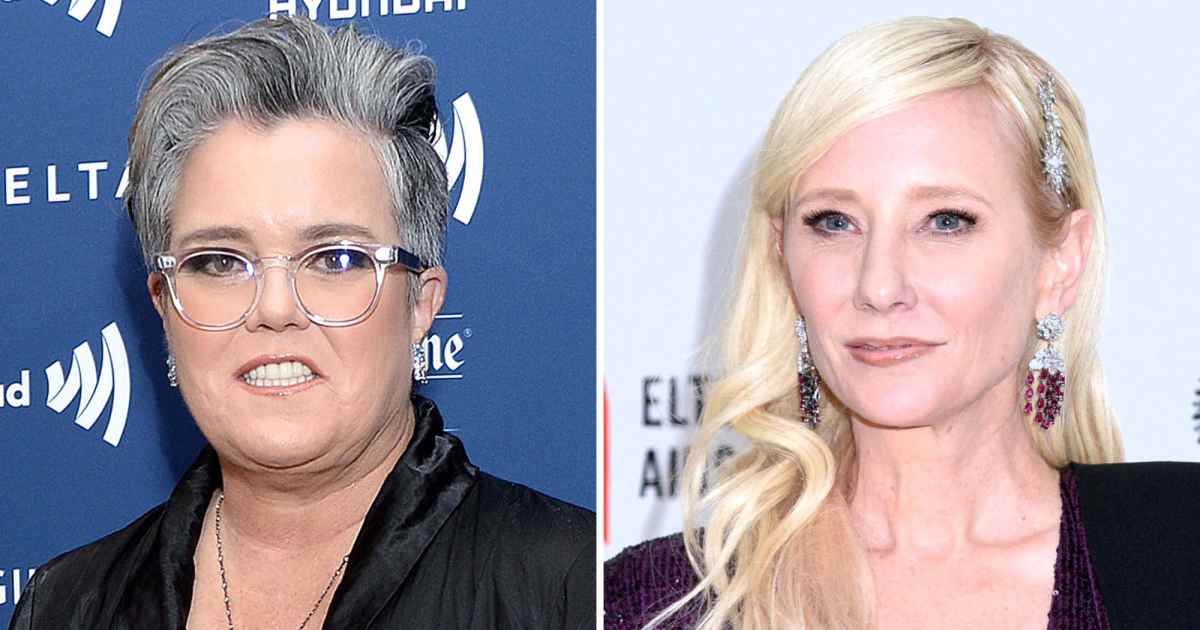 Regretting her actions. Rosie O’Donnell is reflecting on her past treatment of Anne Heche after a car crash left the actress in critical condition.

“I can’t stop thinking about this Anne Heche accident and how horrifying the whole thing is and feeling bad that I made fun of her when she was talking to Barbara Walters about having a relationship with space aliens,” O’Donnell, 60, said via a TikTok video posted on Sunday, August 7.

O’Donnell’s comments spawn from a 2001 20/20 interview in which Heche, 53, alleged that she had created a “fantasy world” and a second personality after being sexually molested by her father, Donald Heche.

“I had a fantasy world that I escaped to. I called my other personality Celestia,” the It Remains star explained at the time, claiming that she also possessed supernatural powers. “I believed I was from that world. I believed I was from another planet. I think I was insane.”

One year later, O’Donnell commented on the peculiar interview during an Ovarian Cancer Research benefit at Carolines Comedy Club in Manhattan’s Times Square.

“What the hell kind of train wreck was that?” the League of Their Own star reportedly asked the crowd, before making quips about Heche’s sexuality and former partner Ellen DeGeneres. “She couldn’t just say, ‘I was a lesbian for two years, it didn’t work out for me?’”

O’Donnell’s latest TikTok, which was titled “Sunday Ramble,” went on to imply that Heche was under the influence of alcohol before the car accident that left her in “critical condition” on Friday.

“If we have an honest discussion about drunk driving, we find out just how prevalent it is and that’s terrifying, isn’t it?” the Sleepless In Seattle actress said while wondering if the Chicago P.D. alum was OK. “I think it’s a miracle that she didn’t kill anyone … and I hope she survives. But wow, what a tragic tale. That car was on fire for a long time, they say,” she added.

O’Donnell’s thoughts on Heche come after the Los Angeles Police Department confirmed to Us Weekly on Friday that a driver — who they would not identify at the time — was allegedly speeding while traveling eastbound on Preston Way in Los Angeles. The blue Mini Cooper ran off the road when it entered the intersection of Preston and Walgrove, which has a stop sign, according to KTLA. The car collided with a house on the 1700 block of Walgrove around 11 a.m. PT., causing both the vehicle and home to go up in flames.

Initially, a representative for Heche told Us that she was “currently in stable condition” following the accident. However, the rep then confirmed on Monday that the Ohio native is “in extreme critical condition she has a significant pulmonary injury requiring mechanical ventilation and burns that require surgical intervention,” adding that she “is in a coma and has not regained consciousness since shortly after the accident.”

Heche’s ex James Tupper, with whom she shares son Atlas, 13, asked fans for well wishes on Friday. “Thoughts and prayers for this lovely woman, actress and mother tonight anneheche  we love you,” the Big Little Lies alum, 57, wrote via Instagram alongside a photo of the Men In Trees star with their child.

Avoid doing these 5 activities at home during a thunderstorm, says a meteorologist and storm chaser

Corona: FDP campaign team without a mask on the bus