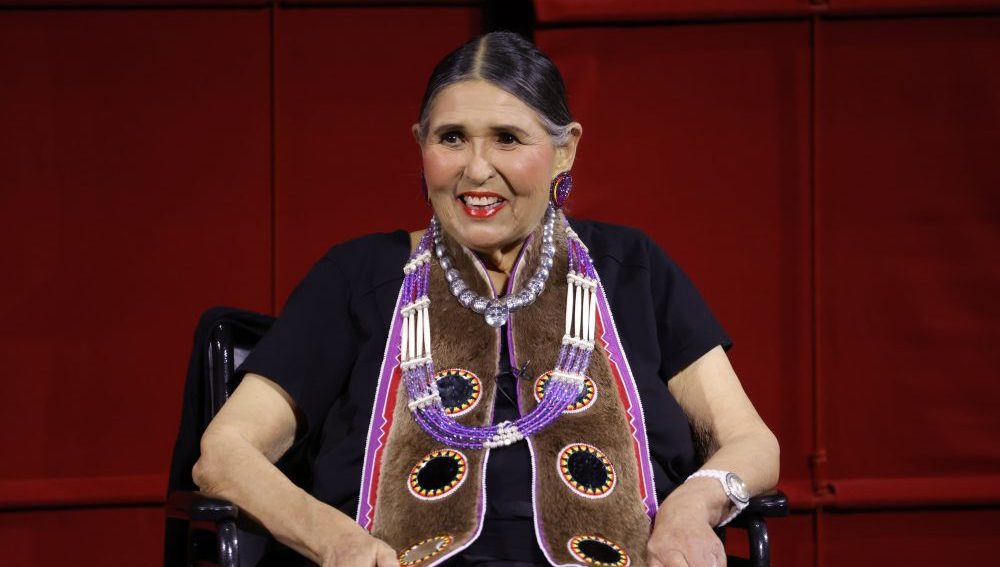 Sacheen Littlefeather, who declined Marlon Brando’s Oscar for “The Godfather” on his behalf at the 1973 Academy Awards, died Sunday, the Academy of Motion Pictures said.

In June, the Academy of Motion Pictures Arts and Sciences apologized to Littlefeather for her treatment at the Oscars that night. Littlefeather attended an in-person presentation of the apology at the Academy Museum on Sept. 17. She had been escorted off the stage with audience members booing after her one-minute speech on Native American rights.

“He very regretfully cannot accept this very generous award,” Littlefeather said to the Academy Awards audience. “And the reasons for this being are the treatment of American Indians today by the film industry… and on television in movie re-runs, and also with recent happenings at Wounded Knee.”

Littlefeather, born Marie Louise Cruz in Salinas, Calif., became interested in Native American issues in college and participated in the 1970 occupation of Alcatraz Island and adopted her name during that time.

After college, she joined SAG and reportedly met Brando, who took an interest in Native American issues, through Francis Ford Coppola who like Littlefeather, lived in San Francisco.