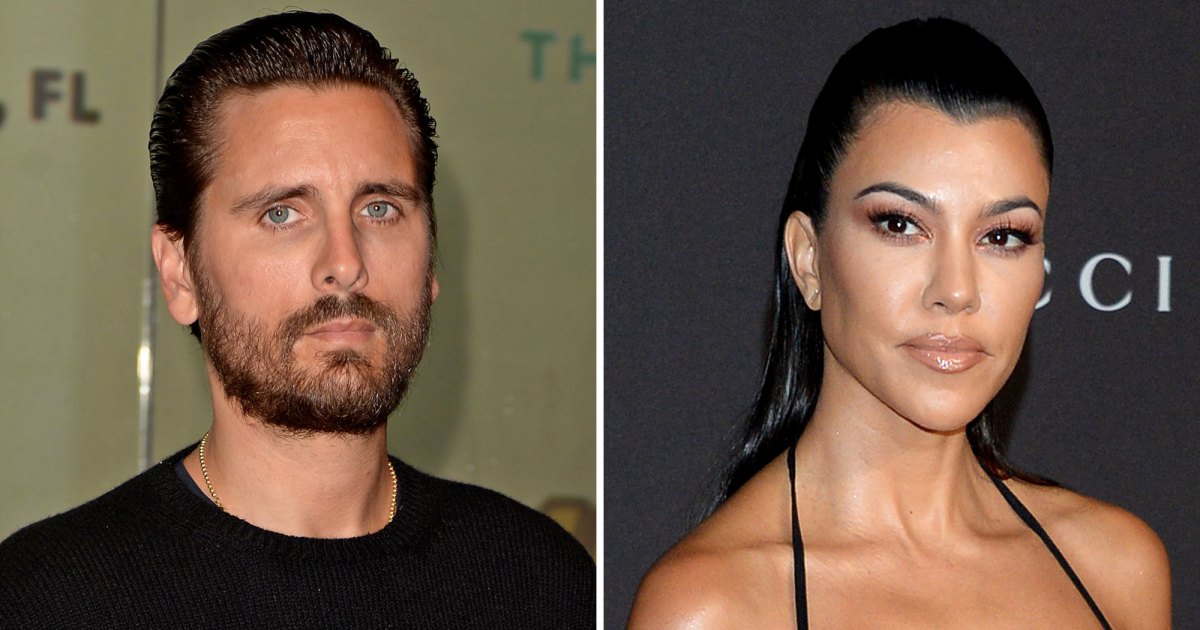 The red, white and blue — but mostly the blue. Scott Disick and Kourtney Kardashian both spent the 4th of July by the ocean, though on opposite coasts.

The Flip It Like Disick alum, 39, spent Monday in Miami partying on the beach alongside several bikini-clad women, including Jake Paul‘s ex-girlfriend Abby Wetherington. The New York native dressed casually for the occasion, wearing black shorts and a plaid button-down with a matching baseball cap.

Meanwhile, the Poosh founder, 43, drove out to the beach with daughter Penelope, 9, and son Reign, 7, whom she shares with Disick. The former couple are also parents to son Mason, 12.

Kardashian’s husband, Travis Barker, also came along for the ride, days after his hospitalization for pancreatitis. The Blink-182 drummer, 46, was rushed to Cedars-Sinai Medical Center in Los Angeles on Tuesday, June 28. The musician later detailed his health scare in a statement shared via Instagram.

“I went in for an endoscopy Monday feeling great,” the Meet the Barkers alum wrote on Saturday, July 2. “But, after dinner, I developed excruciating pain and have been hospitalized ever since. During the endoscopy, I had a very small polyp removed right in a very sensitive area, usually handled by specialists, which unfortunately damaged a critical pancreatic drainage tube. This resulted in severe, life-threatening pancreatitis.”

The DTA Records added that he was feeling “much better” after receiving “intensive treatment” for his condition.

The Kardashians star, for her part, thanked fans for their support following her husband’s ordeal. “Oh what a scary and emotional week it has been,” she wrote via Instagram on Saturday. “Our health is everything and sometimes we take for granted how quickly it can change. … I am so grateful to God for healing my husband, for all of your prayers for him and for us, for the overwhelming outpouring of love and support.”

The wellness guru and the Famous Stars and Straps founder tied the knot in Italy in May after previously exchanging vows in Las Vegas following the Grammys in April. The duo later revealed that their Vegas ceremony was not technically legal, but they later made it official at the courthouse in Santa Barbara ahead of their European nuptials.

The couple’s romance played out during season 1 of The Kardashians, which premiered in April. While the Keeping Up With the Kardashians alum seemed happy to share her happiness with Barker on the show, she later expressed her disappointment with editors for the way the series has documented her relationship with Disick.

“They’re, like, swirling [Travis and me] in with this drama,” she said during the June 9 episode. “Especially when I saw my engagement episode, editors or whoever is, like, taking it as like, ‘Let’s take Kourtney, she’s the chosen one to be the drama while shooting our show.’”

In a confessional interview, she added: “It’s enabling this old narrative and buying into something that just doesn’t really exist. It should be an empowering episode about me getting out of toxic relationships and really having this, like, fairy tale love story. That is my reality.”