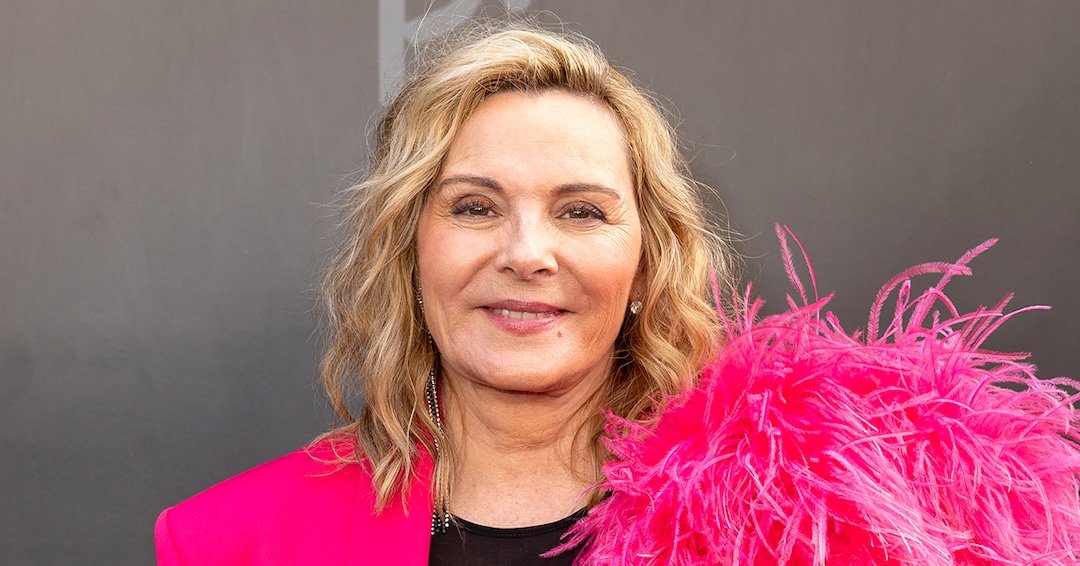 The Sex and the City star set the record straight after a user on Twitter claimed that Kim has made some enhancements to her appearance.

“Ooh, Kim Cattrall has had the *perfect* amount of work done,” the fan tweeted on June 29. “The filler looks completely natural and she is stunning.”

Now, it’s no argument that Kim looks flawless, but her response was just as perfect.

The 65-year-old wrote back, “Me and my Dermatoligist salute you.”

Back in 2008, Kim shared that she wasn’t interested in going under the knife.

“I don’t want to look in the mirror and not recognize who’s looking back,” she said about plastic surgery, per the U.K.’s Daily Mail. But despite her views, she doesn’t judge anyone who wants to take that route, adding, “it’s your body, your life. Do what you want to do.”

Three years later, she told the outlet that she aims to “embrace” aging, because “I think a forehead without any lines doesn’t tell me they’ve lived a life.”

When Kim isn’t sharing her words of wisdom, she has been entertaining audiences with her onscreen roles. After appearing in How I Met Your Father earlier this year, the actress joined the cast of Peacock’s Queer as Folk as a recurring guest star.

The series, which is currently available to stream on Peacock, follows the lives of a friend group living in New Orleans whose lives are changed after a mass shooting occurs at a LGBTQ+ bar.

Kim has taken on the character of Brenda, the adoptive mom of Brodie (played by Devin Way) and Julian (played by Ryan O’Connell). Her character is “a martini-soaked, high society southern debutant with trailer park roots,” per the streaming site.

Earlier this month, Ryan explained why the show breaks ground in terms of queer diversity onscreen.

“I feel like we’re at a place in queerness and popular culture where it’s no longer the gay best friend giving advice to a girl over a chopped salad,” Ryan exclusively told E! News. “It’s exciting, creatively, just to be able to explore all the nuances of queerness and actually be full-fledged characters, rather than holograms of our suffering and identity.”

(E! and Peacock are both part of the NBCUniversal family.)