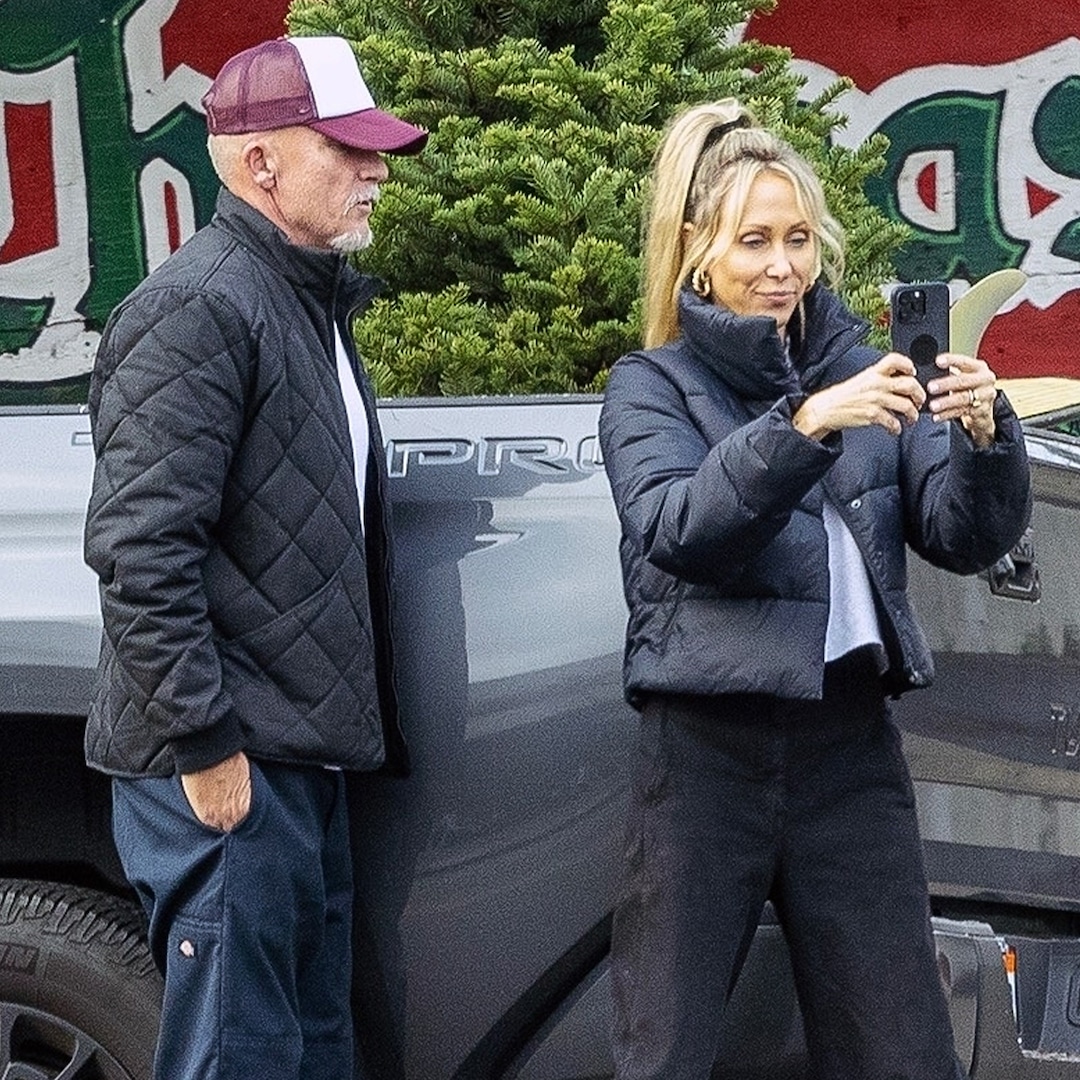 Tish Cyrus and Dominic Purcell are rocking around the Christmas tree—literally.

One week after going Instagram official, the couple appear to be getting into the holiday spirit together. The manager and the Prison Break alum were photographed picking up groceries from Trader Joe’s and shopping for a Christmas tree together in Los Angeles on Dec. 4.

For the festive outing, the duo kept their looks casual, bundling up in similar black jackets. At one point, Tish was seen taking a selfie in front of the tree they picked out.

Fans had been speculating about a potential love connection between the two since August, when Tish commented “Hi babe” on one of Dominic’s Instagram posts. He added fuel to the fire by responding, “Hi love.” That same month, the pair vacationed in Canada with actor’s daughter Lily Rose Purcell, with the 19-year-old sharing a cute selfie with the 55-year-old. (Dominic is also dad to three other children with ex-wife Rebecca Williamson.)

Tish and Dominic officially debuted their relationship on social media on Nov. 27 with Tish sharing a picture hugging the 52-year-old by the pool on her Instagram Stories, along with a red heart emoji.

Billy Ray, 61, has since moved on with 34-year-old Australian singer Firerose. The couple confirmed their engagement in November.

As for Dominic, he previously dated AnnaLynne McCord, 35, on-and-off for nearly a decade, beginning in 2011. Last year, the 90210 actress described the Legends of Tomorrow star as someone who “forever will be my forever person,” but confirmed they were no longer romantically.

While Tish and Dominic haven’t officially commented on their new relationship, Tish recently shared a cryptic message about things happening in their own time.

“In God’s perfect timing, everything will turn out alright,” the Nov. 29 Instagram Story read, “Sometimes that’s hard to believe but it is so TRUE.”