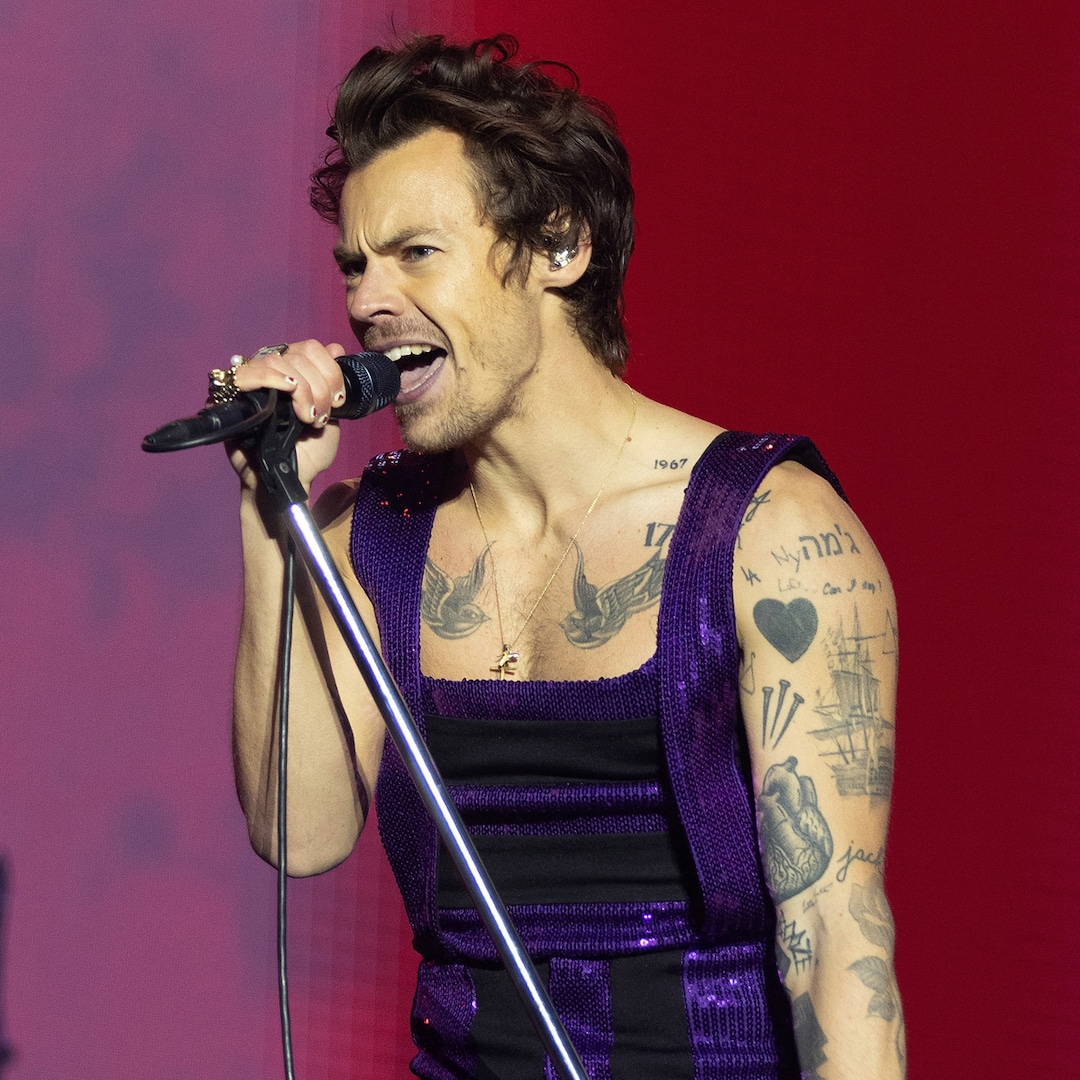 One way or another, this concertgoer was determined to share the stage with Harry Styles.

During the “As It Was” singer’s Dec. 8 show in Rio de Janeiro, Brazil, a fan climbed onto the stage and attempted to approach him. Video from the incident shows the concertgoer rushing at Harry while he sang One Direction‘s hit “What Makes You Beautiful,” only to be intercepted by security guards. During the incident, Harry continued singing, simply moving out of the way, he addressed it after finishing the song.

“Well, that was different… everybody OK?, Harry asked once the person was removed from the stage. He added, “I’m shooketh, I’m shooketh,” before thanking security for quickly handling the situation..

The stage invader comes amid a series of on-stage incidents that have occurred during the “Watermelon Sugar” singer’s Love on Tour shows. During his series of shows in Los Angeles in November, a fan threw Skittles at Harry as he was finishing up “As It Was.” He was blowing kisses to fans when his head suddenly whipped back and he grabbed his eye.

He recovered quickly and launched into his song “Kiwi.” The candy brand addressed the incident in a Nov. 15 tweet, writing, “Didn’t think I needed to say this: Please don’t throw Skittles.”

Additionally, during an October concert in Chicago, Harry was chatting with the crowd when he was struck in the groin by an unidentified object thrown from the audience.

“Now, that’s unfortunate,” he told the audience while doubled over, NME reported. He stood up, shook his legs and added, “OK, shake it off.”