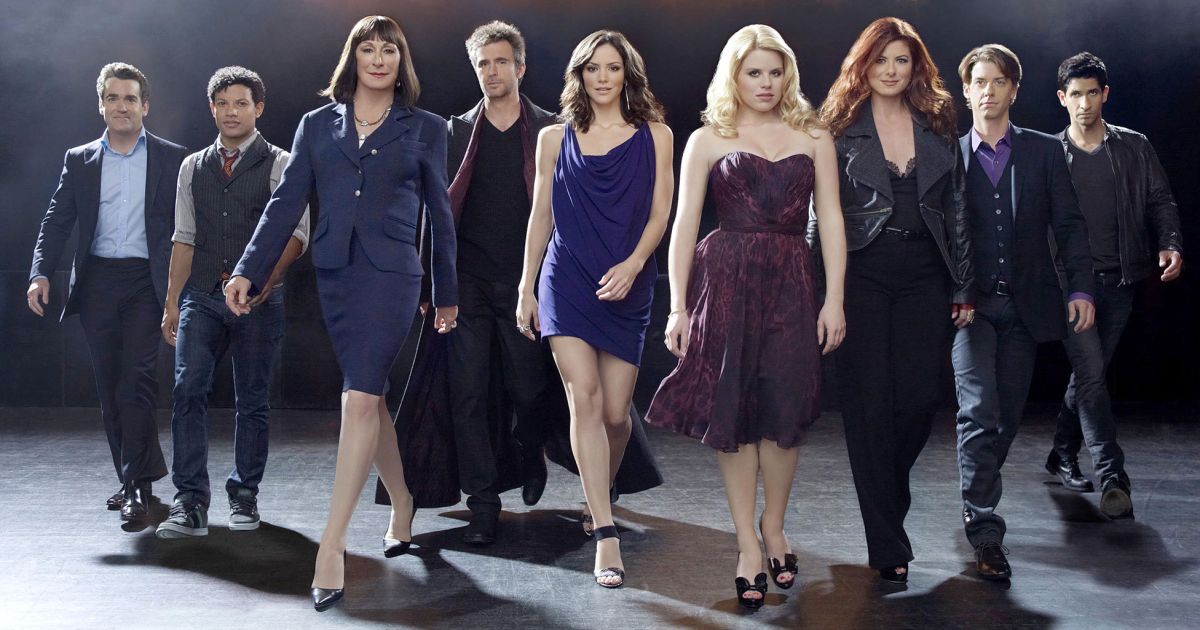 Let them be your stars! Smash only lasted for two seasons, but that was enough time for it to develop a cult following — and a real-life Broadway musical.

The musical drama premiered on NBC in February 2012 and followed a group of producers developing a Broadway show titled Bombshell, based on the life of Marilyn Monroe. Debra Messing played Julia Houston, the cowriter of the fictional musical, while real-life Broadway star Christian Borle appeared as composer Tom Levitt.

As the musical came together, producers battled over who would play the role of Monroe: Ivy Lynn (Megan Hilty), a seasoned theater veteran, or Karen Cartwright (Katharine McPhee), an inexperienced upstart from Iowa who nails her audition.

Smash was critically acclaimed when it premiered, but reviews — and ratings — went downhill as the show progressed. While NBC canceled the series in May 2013 after just 32 episodes, the Smash fan base remained active online and the show became a cult favorite. References to the late series also popped up on other TV shows, as during a 2017 episode of Girls where Elijah (Andrew Rannells) auditioned for a musical with his rendition of “Let Me Be Your Star,” arguably Smash‘s most famous song.

“Coming from that Broadway world, I know all of those people who are on that TV show,” the Girls 5Eva star explained during a March 2017 interview with Jimmy Fallon. “I knew all those folks, and it was a show that everybody watched.” Rannells added that legendary Broadway composer Marc Shaiman, who cowrote the tune, gave him his first job in the musical Hairspray.

In 2015, the Smash cast reunited for a one-night-only, sold-out performance called Bombshell in Concert. They reprised the event again in 2020 for a virtual concert benefiting The Actors Fund, a charity organization that supports performing arts workers in need.

Speculation about a full Broadway adaptation of Smash have circulated for years, and in May 2022, Shaiman claimed that the project is still “alive and kicking” after many delays. “We have no concrete plans yet,” the Tony Award winner wrote via Instagram at the time. “This was just the first reading, but I think I can safely say that, unless the world ends soon, you really will get to see Smash on Broadway sooner than later!”

Keep scrolling to see what the cast of Smash has been doing since the show ended in 2013.