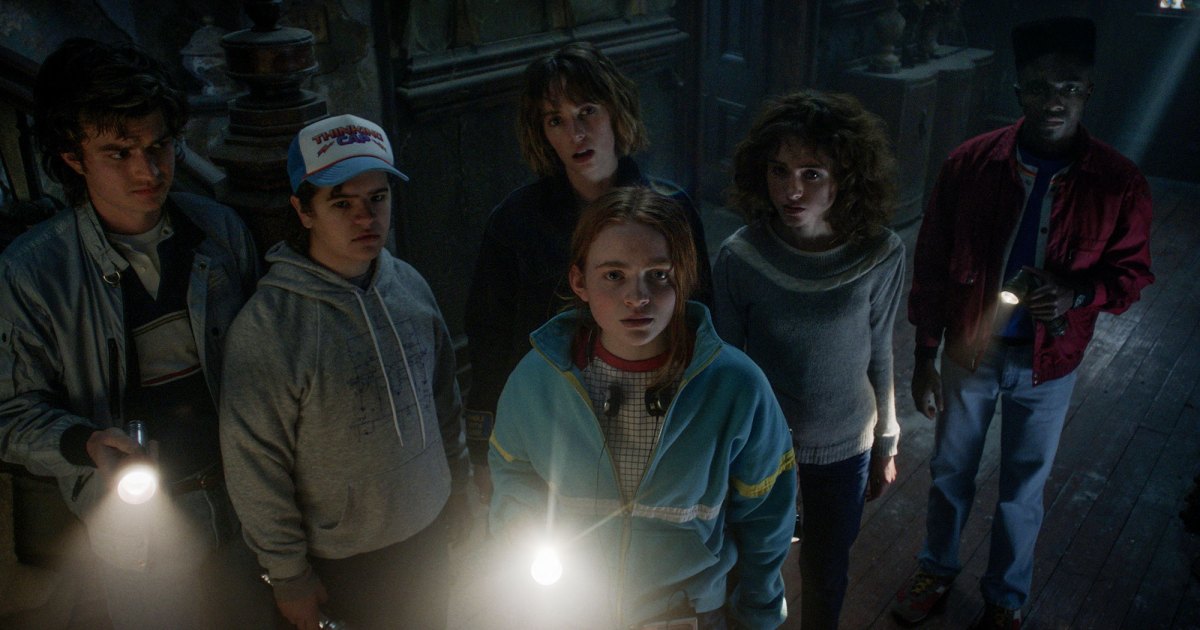 Going off script! Viewers were in for a wild ride when Stranger Things season 4 ended with more questions than answers.

After the dramatic conclusion premiered on Netflix in July 2022, the official Twitter account for the writers room offered a glimpse at the scenes that almost never made it to the screen.

“‘I love you, man’ was improvised by Joe,” the account tweeted alongside a photo of Joseph Quinn and Gaten Matarazzo filming a conversation between their respective characters Eddie and Dustin.

During the second installment of season 4, Eddie and Dustin worked together to distract the bats in the Upside Down while their friends faced off against Vecna (Jamie Campbell Bower). Following an epic guitar solo, Eddie decided to stay behind to buy the group more time and was fatally attacked by the monsters.

For Quinn, getting to portray Eddie and Dustin’s friendship was a major highlight ahead of his character’s demise. “As men, it’s not always easy to show the complexities of different kinds of love, especially in your adolescence,” he told Esquire in July 2022. “There were always guys that were a bit older than me that I really kind of was enamored by. And I also felt that with guys who are a bit younger than me, there’s this kind of patronage there. And we just wanted to kind of make it as visceral as possible.”

The U.K. native also praised the development Eddie went through before his death. “I had a feeling that we would finish his arc this season. I couldn’t have imagined the manner in which he would leave, but yeah, I think it’s a weird thing. It’s kind of bittersweet,” Quinn admitted. “I would love to go back to that set and to see those people again. But sometimes there’s a beautiful arc that they’ve written and he’s such an empathetically written role and they’re very rare, these kind of roles. It feels a little bit like a lottery ticket and I feel incredibly grateful, but it’s a shame not to be able to come back. Onwards.”

At the time, the actor also opened up about how “daunting” it was to film scenes involving Eddie, Dustin and Steve (Joe Keery).

“People love that dynamic, and it’s so brilliant the way [Gaten and Joe] bounce off each other. And being his sort of ‘side Joe,’ as it were, I didn’t know how people were going to respond to that because it felt like a pretty closed gang,” he told TV Line that same month. “But they were so brilliant and welcoming, and they wound up being one of the things I enjoyed most.”

Scroll down for all of the scenes that were altered by the actors while filming: