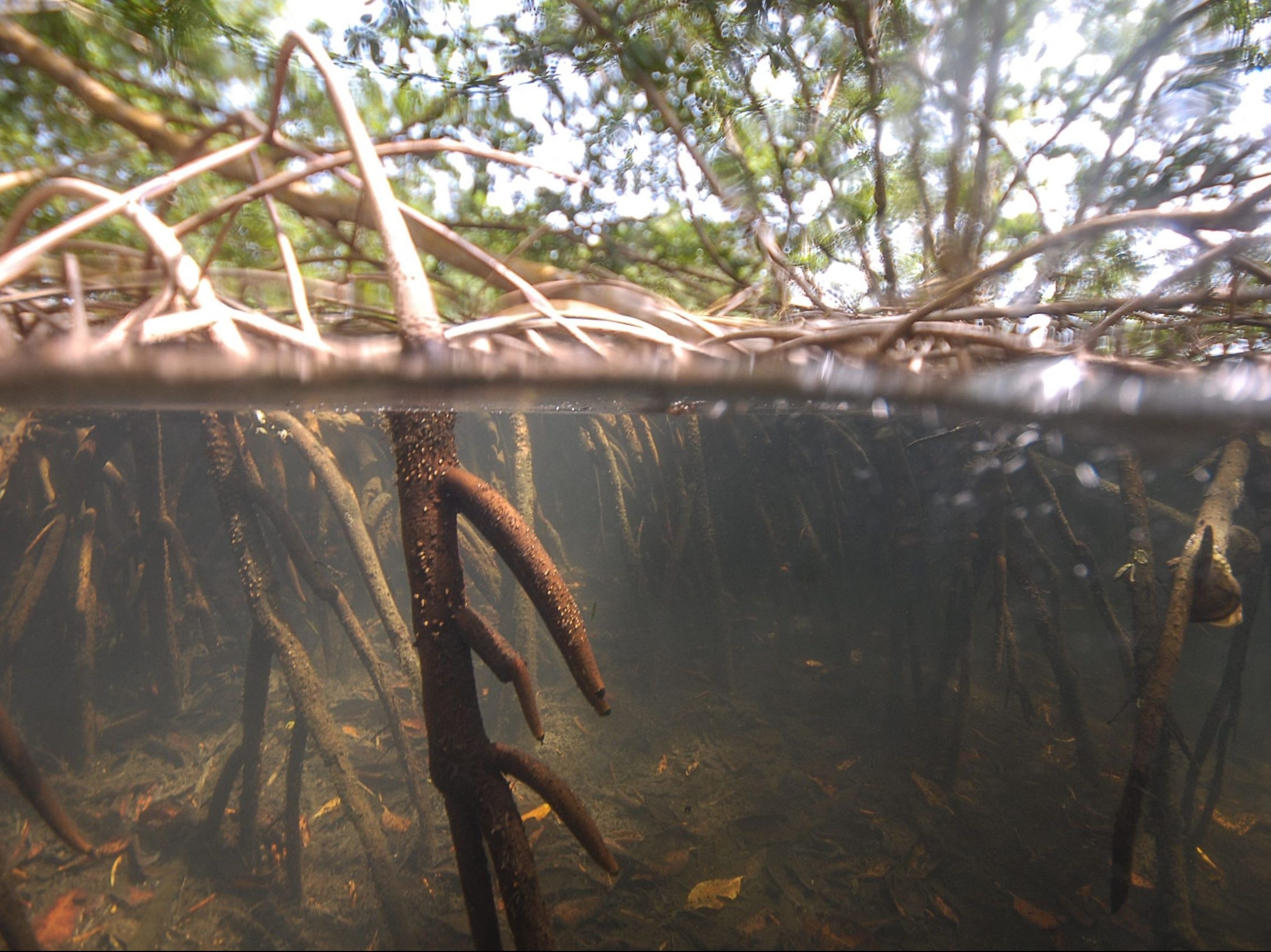 WASHINGTON — The largest-known bacterium – a vermicelli-shaped organism that was discovered in shallow mangrove swamps in the Caribbean and is big enough to be seen with the naked eye – is redefining what is possible for bacteria, Earth’s most ancient life form.

Scientists said on Thursday the bacterium, called Thiomargarita magnifica, is noteworthy not merely for its size – colossal for a single-celled organism at up to about eight-tenths of an inch (2 cm) long – but also because its internal architecture is unlike other bacteria.

The DNA, an organism’s blueprint, is not free-floating inside the cell like in most bacteria but contained within numerous small membrane-bound sacs. Membrane-bound structures in cells are called organelles.

“It is thousands of times larger than regular-sized bacteria. Discovering this bacterium is like encountering a human being as tall as Mount Everest,” said marine biologist Jean-Marie Volland of the U.S. Department of Energy’s Joint Genome Institute and the Laboratory for Research in Complex Systems in California, a co-leader of the study published in the journal Science.

The bacterium has been found in several locations in Guadeloupe, a French archipelago in the Caribbean. It was first spotted in the sulfur-rich seawater of a Guadeloupe swamp by Université des Antilles microbiologist and study co-leader Olivier Gros.

“In 2009, I found long white filaments attached to a sunken leaf of a mangrove tree. I found such filaments intriguing. I brought them back to the lab to analyze them,” Gros said. “Big surprise for me to have so huge a bacterium living in the mangroves of Guadeloupe.”

“It is orders of magnitude bigger than what we thought was the maximum possible size for a single bacterium,” Volland said. “They are about the same size and shape of an eyelash.”

The largest-known bacterium until now had a maximum length around 750 micrometres.

Bacteria are single-celled organisms that reside nearly everywhere on the planet, vital to its ecosystems and most living things. Bacteria are thought to have been the first organisms to inhabit Earth and remain quite simple in structure billions of years later. The bodies of people are teeming with bacteria, only a relatively small number of which cause disease.

Caribbean mangrove swamps are packed with organic matter, with microbes in the sediment degrading this matter and producing high concentrations of sulfur. The sulfur-rich environment offers an energy source for bacteria like Thiomargarita magnifica.

The researchers named its DNA-bearing organelles “pepins” after a French word for small seeds inside fruits.

“Aside from two exceptions, there were no other bacteria known to keep their DNA inside a membrane-bound organelle. That is, in fact, a characteristic of more complex cells which have a membrane-bound nucleus, such as human cells, or animal and plant cells,” Volland said.

Mapping its genome showed that Thiomargarita magnifica has lost some genes essential for cell division and has more than the usual number of copies of genes responsible for cell elongation.

“This may explain, in part, why the cell grows into such an elongated filament. The genome is also very big and contains three times the average number of genes that are usually found in bacteria. Half of those genes, we have no idea what are they for,” Volland said.

This bacterium illustrates how life on Earth still has surprises awaiting discovery, he said.

“Life is fascinating, very diverse and very complex,” Volland added. “It’s important to stay curious and have an open mind.”