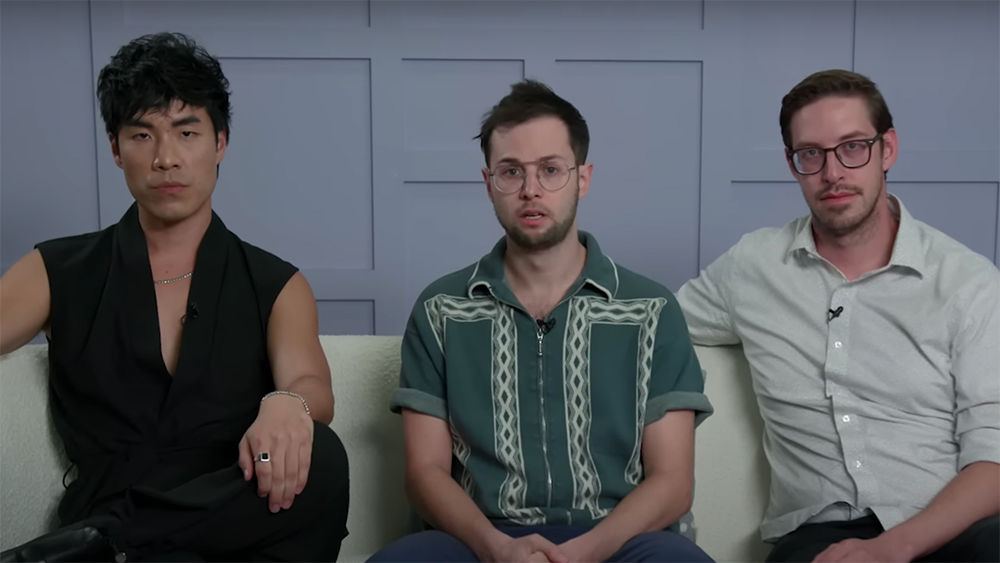 Comedy group the Try Guys shared a video statement Monday evening, addressing its recent decision to cut ties with ex-member Ned Fulmer, who admitted that he was engaged in a “consensual” workplace affair and was the subject of an internal investigation.

Zach Cornfeld, Keith Habersberger and Eugene Lee Yang appear in the video, titled “what happened.,” explaining the timeline of Fulmer’s exit from the company and how the group will continue to alter its content to address the situation. The trio shared that it had been working to remove Fulmer from new videos as soon as an investigation into his behavior was launched.

“We immediately removed Ned from work activities and engaged an HR professional to conduct a thorough review of the facts. We also opted to remove Ned from our releases, pending results of that review,” Kornfeld stated. “That’s included removing his section from videos, digitally removing him from others and choosing not to feature him in our merch throws. Honestly, I want to give major props to our editing staff for how deftly they’ve handled that.”

Kornfeld also shared that, while the group managed to minimize Fulmer’s presence in some content, the company ultimately decided to shelf some videos in which the ex-member was a more prominent figure.

“There are several videos that we’ve deemed as fully unreleasable,” Kornfeld continued. “You will never see them and that is due to his involvement. That’s a decision that cost us lots of money. We will not be able to recoup that money, but it’s a decision we stand by proudly.”

Habersberger shared that the trio are continuing to work with their editing team to remove Fulmer from future releases that have already been filmed. He also clarified that some sponsored content may still include Fulmer, due to corporate commitments that predate his exit.

The trio also shared that they each signed approval to remove Fulmer as a manager and employee of the company on Sept. 16. Habersberger stated that the group did not hurry to make an announcement on the matter because “there are real people that have been effected” and “there’s a family at the center” of the issue.

Yang then said the group realized a public statement became necessary due to “rapidly accelerating public speculation.” Prior to the Try Guys’ first statement announcing Fulmer’s departure from the group, online fans began to circulate theories regarding the comedian’s minimized presence in recent videos.

“We are obviously incredibly shocked and deeply hurt by all of this. This is someone who we built a brand and a company with for eight years,” Yang stated. “We feel saddened, not just personally, but on behalf of our staff and our fans who believed in us.”

“I don’t know that we’ll ever be able to fully articulate the pain we feel at this moment,” Kornfeld said. “It’s hard to rewatch old videos that we love and we’re proud of. We’re losing a friend.”

The Try Guys first launched at BuzzFeed before leaving in 2018 to form their own production company, 2nd Try. The group currently holds 7.98 million subscribes on their YouTube channel and has landed a show on Food Network, “No-Recipe Road Trip With the Try Guys,” which premiered in August.

Watch the statement from the Try Guys below.