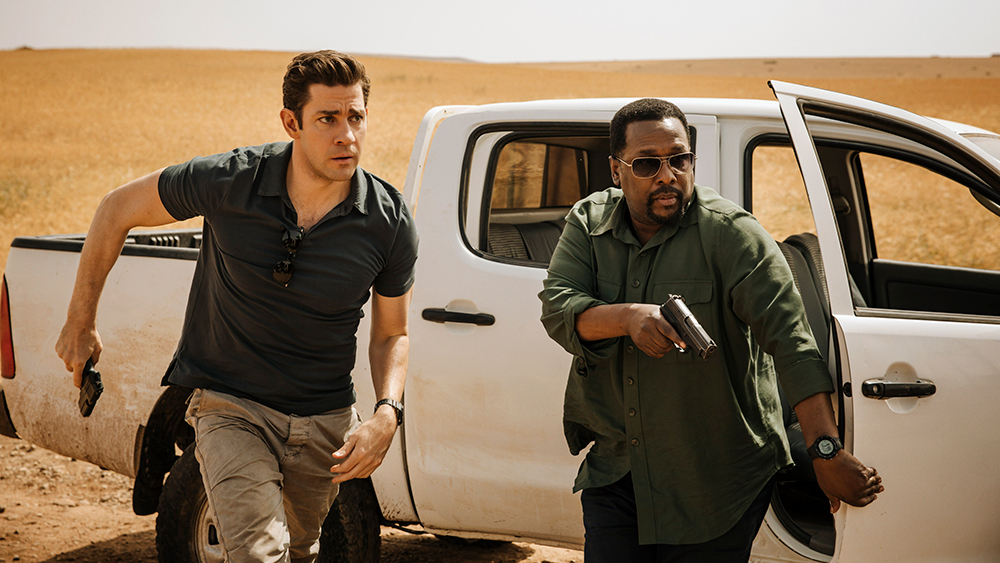 Starring John Krasinski as Jack Ryan, the eight-episode season follows Ryan on the run after being implicated in a larger conspiracy. While trying to stay alive as the CIA and an international rogue faction hunt him down, Ryan must also prevent a massive global conflict. Wendell Pierce and Michael Kelly return for the third season, with new series regulars Nina Hoss and Betty Gabriel joining the cast.

“Dangerous Liaisons” is set to premiere Nov. 6 on Starz.

Watch the full trailer below.

Apple TV+ has released the official trailer for Season 2 of “Hello, Jack! The Kindness Show,” which will premiere globally on Oct. 7.

Watch the full trailer below.

AMC Networks has renewed “Anne Rice’s Interview With the Vampire” for a second season, ahead of the series’ premiere Oct. 2 on AMC and AMC Plus.

AMC Networks’ Shudder announced Wednesday that “The 101 Scariest Horror Movie Moments of All Time” has become the most-watched title on Shudder this year across films and series, as well as the biggest new season or series launch in two years. The eight-episode original series first premiered Sept. 7, and the series finale will be released Oct. 26.

In the series, acclaimed horror filmmakers and genre experts including Mike Flanagan, Edgar Wright, Tony Todd and Barbara Muschietti dissect the most terrifying moments of iconic horror films, with the series finale spotlighting the top ten horror movie scares of all time.

Fox Weather is now available on streaming platforms Verizon Fios and Amazon Freevee as demand for the free, 24/7 weather service continues to increase since its October 2021 launch.

Effective immediately, Fios TV subscribers in areas such as Washington, D.C., Baltimore and parts of New York City can access Fox Weather on channel 113 in standard definition and channel 613 in high definition. Amazon Freevee users can locate the added service through the app’s FAST channel or in Prime Video’s “Live TV” tab.

The expansion comes in alignment with the encroaching one-year anniversary of the service, according to Fox Weather president Sharri Berg.

A+E Networks announced the launch the History Channel NFT Marketplace. The premiere collectible from the new marketplace was a piece by artist Derrick Adams exploring the theme “Our Place in History” — it was shared exclusively with the attendees of the recent HistoryTalks 2022 event. The marketplace will feature different genres of original art, collectables and digital assets that mark historic events, history-makers, cultural moments and holidays, as well as promote and celebrate high-profile programming events, talent and series. NFTs are slated to drop every other week.

The NFT Marketplace is a collaboration with operational and strategic experts CakeWorks, while Xooa is the blockchain partner and technology provider for marketplace.

Best Nordstrom Cyber Deals on Brands That Never Go on Sale — Up to 60% Off!

Why does the flag go up so late for an offside at the World Cup 2022?