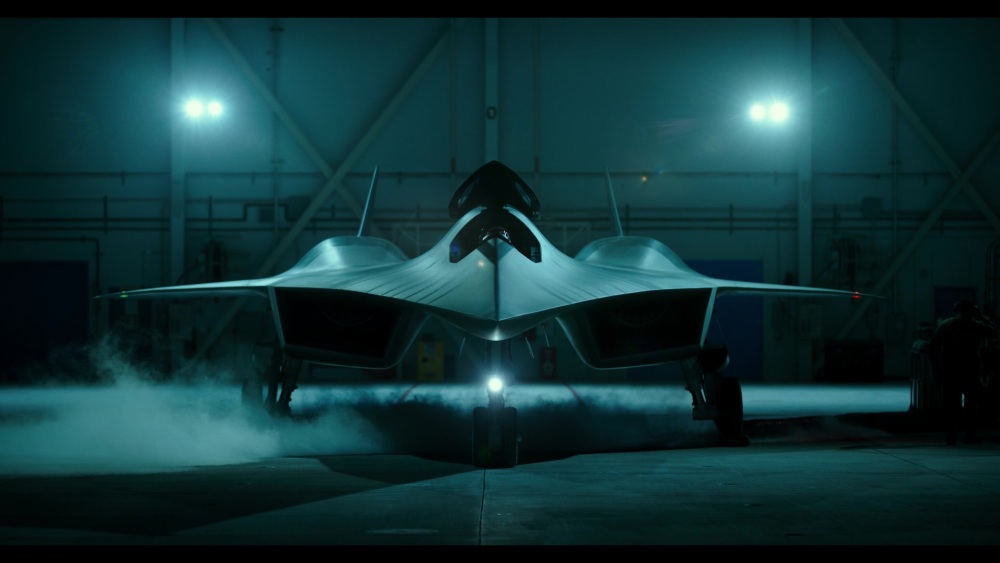 “Top Gun: Maverick” features one of the best edge-of-your-seat action sequences of the year as Tom Cruise’s Maverick takes the supersonic Darkstar aircraft on an unauthorized test flight, pushing it to reach a speed of Mach 10.

Production designer Jeremy Hindle worked closely with concept designer Daniel Simon to come up with a mockup of the aircraft that he says was “authentic and as real as possible.”

“We went through 47 versions before landing on the final design and, when completed, it was an enormous 70 feet long,” Hindle says.

Cruise was fully committed to doing his stunts, and director Joseph Kosinski was adamant about doing as much in-camera action as possible. Hindle too was adamant about building the entire jet without using CGI. “I wanted to fully commit to the design and give Tom and the other actors an actual jet to interact with in scenes,” Hindle says.

The design was inspired by Lockheed Martin’s SR-72, but the Darkstar was designed to be the last generation of aircraft for test pilots. “The greatest challenges were making sure that every inch of it was as real as possible and getting it built on time. It had to look mean, fast and it needed to be capable of reaching Mach 10, in theory,” Hindle says.

In working with the legendary Skunkworks, a division of Lockheed Martin is responsible such planes as the SR-71 Blackbird, the F-117A Nighthawk stealth fighter and the F-22 Raptor, Hindle had access to an incredible level of authenticity and detail. “The tiger striping on the nose of aircraft is an amazing detail that happens after months of testing,” he says, adding, “The cockpit contained real instrumentation and a prototype flight stick that Skunkworks loaned us.