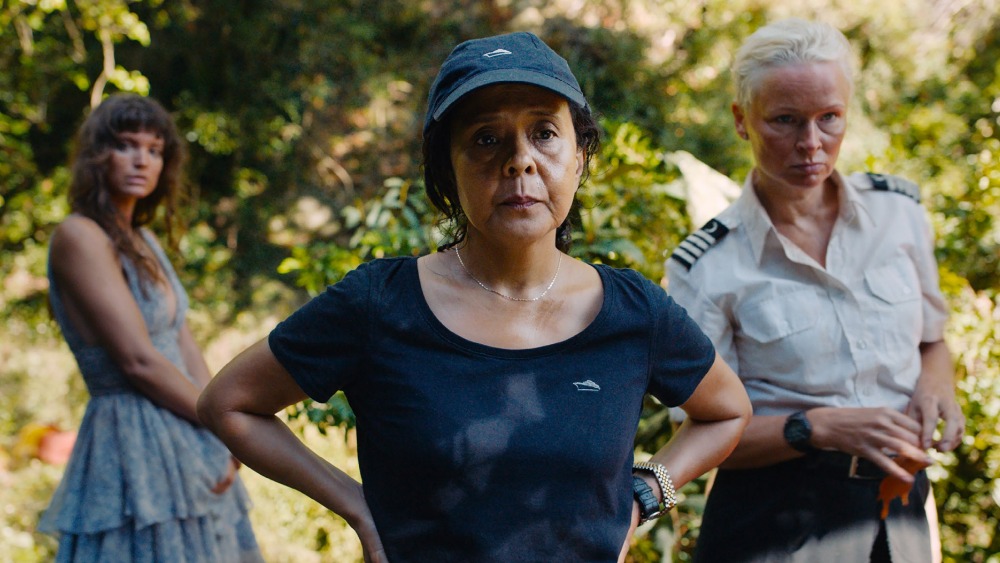 It might sound cliche, but Dolly de Leon is serious when she says Ruben Östlund’s “Triangle of Sadness” changed her life.

Filipino audiences have known de Leon from shows such as “Amy’s Mother” and “Mirabella,” while Western audiences might have seen her on the HBO Asia series “Folklore.” But the Neon release, out on Friday, it what has put De Leon on the map. “I’m getting better roles and better offers,” she says.

Variety’s Awards Circuit Podcast caught up with de Leon to discuss her role as Abigail, how she built the character and working with Östlund. Listen below.

“Triangle of Sadness” is a wickedly fun satire and commentary on the ultra-wealthy, starring Charlbi Dean (the rising South African actor who died in August), Harris Dickinson, de Leon and Woody Harrelson. Östlund’s first English language film follows the characters as they go on a Mediterranean cruise that goes disastrously awry.

De Leon plays a toilet manager who soars in the film’s third act.  When de Leon got the part, “I started by writing a journal from a first-person perspective, writing as Abigail. I had to understand why she knows how to fish and how to make a fire because not all Filipinos can catch fish and make a fire,” she says. “So I had to look for a reason why she has those skills.”

De Leon also plotted out Abigail’s life. Was she alone or did she have children? Once de Leon had mapped out the character’s backstory, she consulted with Östlund. “He was OK with everything, especially with the choice of her being a single woman,” de Leon says. “We did one workshop together, but he gave me free rein.”

In recent years, there’s been a visual surge of Filipino representation on-screen and behind the scenes, and the actress shared her thoughts. In the film, the cruise ship workers are Filipino, but their ethnicity is not explicitly mentioned. A scene with the workers cleaning the dining room is subtitled as they speak Tagalog. Says de Leon, “It’s not important because it would be over-explaining it if we’re labeling them as Filipinos because first of all, they’re speaking the language. If people aren’t familiar with our language, then they just have to do some research and find out what language it is.”

Variety’s “Awards Circuit” podcast, produced by Michael Schneider, who also co-hosts with Clayton Davis, is your one-stop listen for lively conversations about the best in film and television. Each week “Awards Circuit” features interviews with top film and TV talent and creatives; discussions and debates about awards races and industry headlines; and much, much more. Subscribe via Apple Podcasts, Stitcher, Spotify or anywhere you download podcasts. New episodes post weekly.

Is Walgreens Stock A Better Pick Over This Giant Retailer?

Too Wild to Love