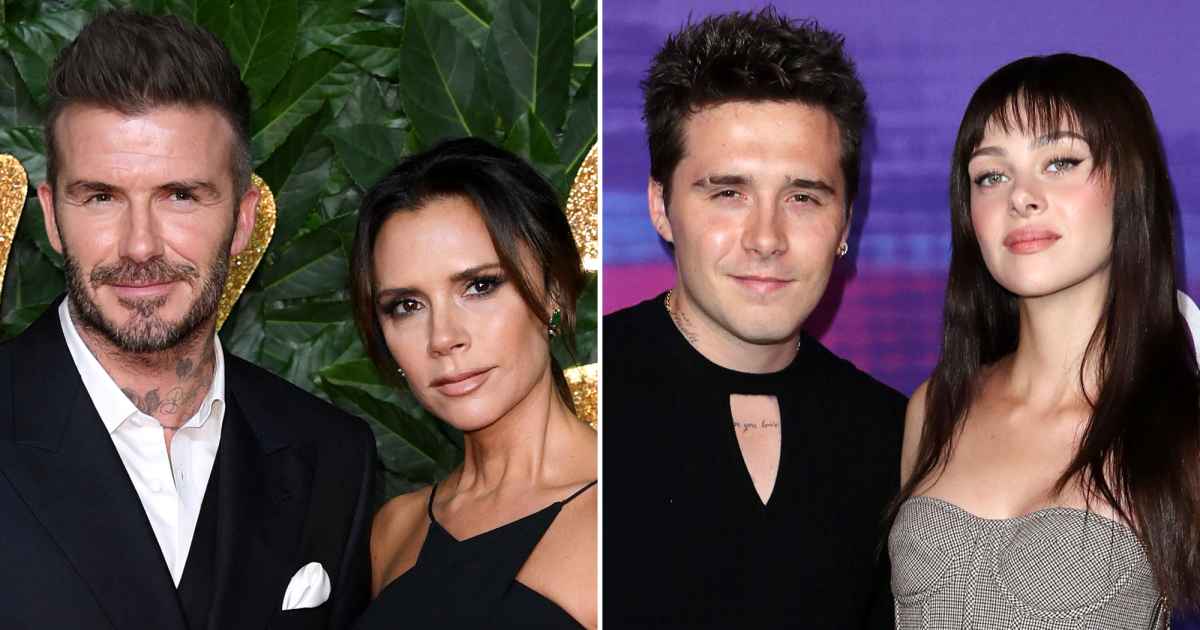 Learning from the best! Victoria Beckham and David Beckham have proven to be complete relationship goals after two decades of marriage, and now, they’re passing along their lessons to the next generation.

“Just love each other, try and not worry about anything, and keep working,” Brooklyn Beckham recalled of his parents’ best relationship advice during a Thursday, August 11, interview with E! News’ Daily Pop. “[And] just try and have fun.”

Brooklyn, 23, is the eldest child of the former Spice Girls performer, 48, and the retired soccer star, 47. David and Victoria also share sons Romeo, 19, and Cruz, 17, and daughter Harper, 11. The aspiring chef, for his part, wed actress Nicola Peltz earlier this year.

“I have my best mate with me all the time,” Brooklyn gushed to Daily Pop on Thursday of their newlywed bliss. “So, it’s amazing.”

Following Brooklyn’s April nuptials to the 27-year-old actress, he dedicated several tattoos in her honor, including the date of his proposal, her initials and the words “our little bubble.” He also had the word “married” inked on his hand earlier this month.

As Brooklyn and Peltz’s marriage continued to heat up, they soon made headlines after fans speculated there was bad blood between the Bates Motel alum and her mother-in-law. “They’re always going to try and put people down,” Brooklyn shut down rumors during a Variety interview earlier this month. “But everyone gets along, which is good.”

There had been rumored drama between the Transformers actress and Victoria after Peltz allegedly chose not to wear a wedding gown designed by her mother-in-law’s fashion brand.

“I was going to and I really wanted to, and then a few months down the line, [Victoria] realized that her atelier couldn’t do it, so then I had to pick another dress,” the Holidate actress recalled to Variety while speaking for her husband’s cover story. “She didn’t say you can’t wear it; I didn’t say I didn’t want to wear it.”

Peltz further gushed about the pair’s newlywed life, telling the outlet: “The thing that’s great about us is that we don’t need anything from each other. We’re just so in love. There’s nothing I need from him or he needs from me.”

Brooklyn and the New York native’s early romance success can only hope to follow in his parents’ footsteps, considering they celebrated 23 years of marriage earlier this year.

“They say he isn’t funny, they say I never smile, they said it wouldn’t last

,” the Learning to Fly author gushed via Instagram in July. “Today we celebrate 23 years being married. David you are my everything, I love you so much!!!!

We’re Witnessing the Birth of a New Artistic Medium

Protests in Iran: How demonstrators trick the mullah police

Why Hurricane Ian poses a unique threat to Tampa Bay