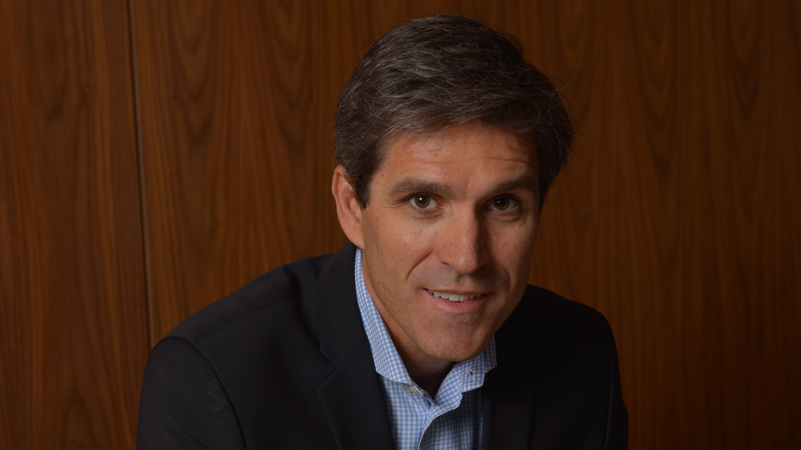 Warner Bros. Discovery is on track to launch the merged HBO Max Discovery+ streaming service in Latin America before the end of 2023, marking out the region as the first territory outside the U.S. to bow the combined streamer.

In a first interview since his appointment this April, Medin also talked about WBD’s working on telenovela production and how its competitive advantages feeding its strategy Latin America which looks set to become, before Europe and Asia, an acid test of overseas acceptability for WBD’s new merged streamer, one of the biggest plays in Hollywood history.

The five-part “A Brutal Pact: The Murder of Daniella Perez” sees Gloria Perez, Brazil’s foremost TV screenwriter, open up for the first time on her tireless battle for justice for her daughter, murdered by her telenovela co-star in 1992 in a case that still shocks 30 years later. Released in July, the docuseries punched the highest audience for any local production in Brazil, while rating in the top 3 titles on HBO Max in Latin America this year, Medin said. “This is the type of content we’re looking for,” he affirmed.

On Dec. 2, WBD announced it was putting into development “City of God,” a series supervised by Meirelles, set up at his 01 Filmes label, one of the most successful film-TV outfits in Brazil. It catches up with characters 20 years later.

Produced with Dopamine, and one of HBO Max’s biggest shows in Latin America, “Coyotl” weighs in as a supernatural social-issue drama that turns on a man-monster protecting his Tarahumara homeland from drug cartels.

“Such titles are “relevant, known and dear to a specific market,” but “universally appealing,” “City of God” turning on “trying to succeed and be good” and“Coyotl” on a “search for identity and return to one’s roots”; which does not mean that WBD will not greenlight purely local shows, Medín told Variety, adding that HBO Max will also release in 2023 “Felices los 6,” an Argentine romcom half hour set up at Argentina’s fast expanding Kapow, directed by relationship movie specialist Diego Kaplan (“2+2”).

WBD is also “exploring and working on telenovelas – melodramas, experimenting with the number of episodes,” Medín said.

For Medín, “The vast majority of territories have an expertise which is unique, Latin America has its own, which is very strong.”

He should know, after 20 years of experience in the region. Joining Discovery Communications in 2002, in 2007 he was appointed to lead the expansion of Discovery Latin America/US Hispanic’s (DLA/USH) regional office in Brazil, rising to EVP and general manager in Brazil and “Southern Cone” territories of Argentina, Chile, Bolivia, Peru, Paraguay and Uruguay,spearheading the launch of DLA/USH’s HD portfolio and digital property offering.

In 2015 Medín led the acquisition of Mega, Chile’s No. 1 free-to-air network, and forged a sales and distribution partnership with America TV, Peru’s top broadcast network.

WBD’s strategy going forward as it prepares a merged streaming service play off the singularities of both the combined  company and of Latin America itself and the competitive advantages that both lend.

Unlike some of its streaming rivals, WBD is “present on every single platform, from linear to cinema to streaming. We are wired to take advantage of that omnipresence in the video ecosystem,” Medín said.

Thanks to robust multiplexing which proved catnip to Latin America’s predominantly young cinema going audiences, U.S. movies command a much higher market share in Latin America to  any other foreign region in the world, over 80% to Europe’s around 65%. U.S. domination of Latin American cable and satellite services have schooled generations of Latin Americans in American entertainment.

Medin underscores the region’s “receptiveness” to WBD’s U.S. product, not only scripted and movies but also formats from both sides of the merger. Discovery+’s top performer in Brazil, for instance, is a local makeover of Discovery U.S. franchise “Naked and Afraid,” now on its third season.

WBD also has other competitive assets, Medín argues. The whole region population still skews young, for instance, 25.5% of Mexicans being aged 0-14 in 2021. “The presence of a younger population in our territory is so different from other geographies, and the combined company has an undeniable strength in kids,” he says, pointing to Cartoon Network, Discovery Kids and Cartoonito. “Platforms can retrofit what you discover in the linear world and consume more deeply in the streaming world,” he added.

Anyone who has watched the World Cup in Argentina or Brazil, knows how passionately both live soccer. In 2017, Fox and Tuner purchased shared rights to Argentina’s First Division soccer for 10 years. Two years later, TNT acquired broadcast rights to Chile’s First Division for 15 years. WBD also has broadcast rights to Champions League games for Brazil and Mexico, in linear and streaming.

“Sports is an integral part of our strategy,” Medín says. “You always have to analyse the cost versus what it brings. But sports and other live events – the Oscars, the Emmys, the Latin Grammys  – make such a difference in our ability to communicate, [working as] an amplifier, megaphone to market all the new product you have.”

Latin American OTT TV episode and movie revenues will double to to $14 billion in 2027, despite the poor economic situation of most countries, according to a March 2022 Digital TV report.

“It’s no coincidence that Latin America is the second territory to launch after the U.S.,” Medín concludes. “It brings potential growth and a large receptiveness to our product.”

HBO Max is already the No. 3 streaming service in Brazil, even before the launch of a combined platform, he points out.