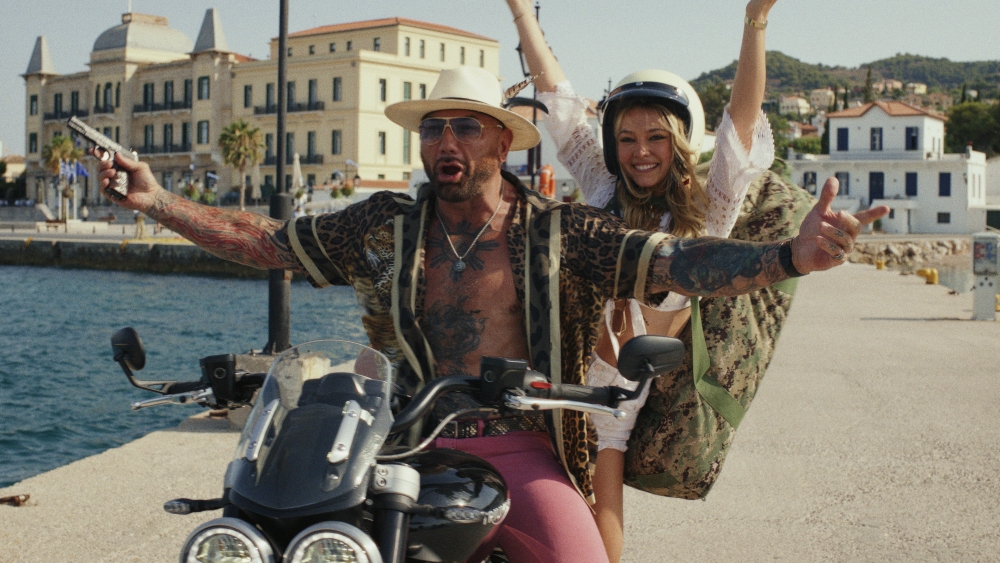 Ahead of Thanksgiving, cinema owners, increasingly dismayed by the lack of compelling movies to screen and painfully aware that this fall’s only blockbuster, “Black Panther: Wakanda Forever,” wouldn’t match the stratospheric grosses of its predecessor, approached Netflix with a plea. Would it be possible, they asked, for “Glass Onion: A Knives Out Mystery,” the sequel to 2019’s box office hit “Knives Out,” to play in more theaters…and for a longer period of time?

But Netflix held firm, believing its one-week, exclusive theatrical run in roughly 600 North American locations — far fewer venues than the typical major new release — would be the best course of action to drum up excitement and generate ample word-of-mouth before the whodunit lands on the streaming service ahead of Christmas. In fact, exclusivity was key in the company’s marketing strategy.

Netflix intentionally limited access, only granting access to the 600 most popular theaters in the country, to effectively build anticipation. So you didn’t get the chance to watch “Glass Onion” with your family around the Thanksgiving holiday? Forget waiting until next weekend. Now, audiences will have to sit tight — and keep paying a monthly subscription fee — until it’s available on Netflix on Dec. 23.

Even with headlines touting its turnout, though, it’s hard to understand whether Netflix deems its sneak preview of “Glass Onion” as a win. After all, it doesn’t take a skilled detective like Benoit Blanc to know the movie had the potential to earn tens of millions more by expanding its footprint and playing on the big screen for more than seven days.

But the company’s CEO Ted Sarandos has been clear the streamer is in the business of growing its subscriber base, not selling movie tickets. Still, there’s a lot riding on “Glass Onion.” Netflix shelled out $450 million to land the rights to two sequels and spent another $40 million to produce the first follow-up, making it a very expensive bet for the company.

“Wide releases make most of their money from their top 1,000 screens,” says David A. Gross, who runs the movie consulting firm Franchise Entertainment Research. “With a strong marketing campaign and a big, wide release, the sequel would have opened in the low $30 million domestically and made $300 million worldwide.”

For exhibitors, the interest in “Glass Onion” is understandable. The box office is down 33% from 2019, according to Comscore, sending those in the movie theater business into a collective freak out. Ticket sales have struggled since mid-summer and the Thanksgiving box office cratered, producing its worst grosses in nearly 30 years. In one hopeful sign, Netflix is considering re-releasing “Glass Onion” in theaters after it debuts on its streaming service.

Though pared down, the initial rollout for “Glass Onion” was notable because it is the first Netflix movie to play in the country’s two biggest chains — AMC Theaters and Regal Cinemas. To sweeten the deal, Netflix offered terms that were generous to theaters, taking 35% to just under 40% of opening weekend ticket sales, according to two individuals with knowledge of the pacts. Typically, major distributors command more than 50% — and closer to 60% for big-budget tentpoles — during a movie’s first weekend. Theater operators, anticipating the “Knives Out” sequel would be today’s rare, all-audience popcorn movie, allotted more screens than usual — nearly doubling the number of auditoriums that were showing the film — to get every penny they could.

But cinema operators were more or less forced to keep quiet about the robust turnout. In the past, Cinemark, the only major chain to have previously offered a Netflix film, touted “Red Notice,” an action comedy starring Gal Gadot, Dwayne Johnson and Ryan Reynolds, as “officially the best-performing Netflix film shown in its theaters.” For “Glass Onion,” there was an intentional lack of publicity from theater chains, even though it likely generated more foot traffic than “Red Notice.” In the case of Blanc and company, Netflix guarded information about ticket sales, making a point to let theater owners know the company wouldn’t be pleased with celebratory press releases.

Netflix always knew it would need to have some kind of theatrical presence with “Glass Onion.” For one, it was important to director Rian Johnson and star Daniel Craig. But moreover, “Glass Onion” had more potential than its other projects to resonate with audiences because it’s the follow-up to an established theatrical hit. The first film, which Lionsgate released in theaters in 2019, grossed $311 million worldwide, marking a huge win for mid-budget fare.

Still, there’s been a debate internally at Netflix about the value of theatrical releases in general. Netflix’s film chief Scott Stuber believes that having some of the company’s bigger movies in cinemas for an exclusive run raises their profile and generates excitement, sources say. Netflix’s co-CEO Ted Sarandos isn’t as sure, believing that the company shouldn’t stray too far from its core business of emphasizing its streaming offerings. Although theaters were excited by the opportunity to offer “Glass Onion,” many were disappointed that Sarandos downplayed its significance during a recent earnings call, saying “there is no question internally that we make our movies for our members, and we really want them to see them on Netflix. Most people watch movies at home.” Netflix insiders dispute that there is any division between Sarandos and Stuber in strategy.

But given Sarandos’ ambivalence to the big screen, box office experts don’t necessarily believe the strategy for “Glass Onion” signals a shift in the way that Netflix plans to operate its film division. The company releases roughly 30 movies theatrically each year for various lengths of time, but most of those titles land on Netflix within days of debuting in multiplexes.

“For Netflix, this is another interesting try to somehow bring the magic of the big screen to their service,” says Gross. “But without a marketing push and millions of strangers paying to sit in a dark room, experience the film and then talk about it with their friends, the result is television viewing.”