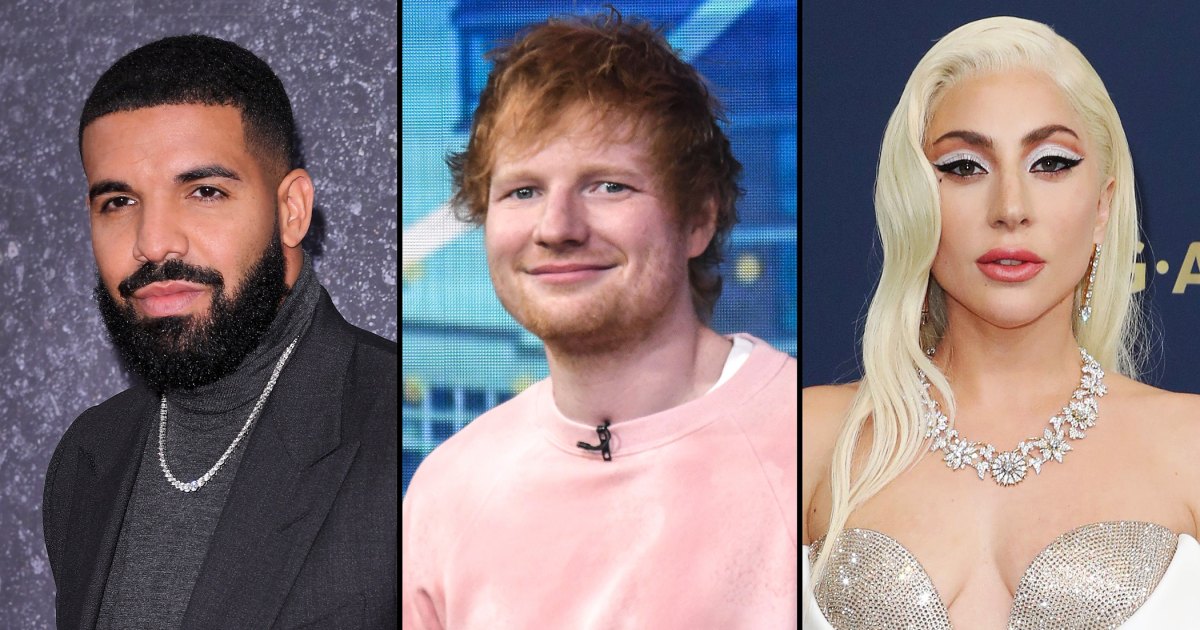 It’s the thought that counts? Many celebrities — from Drake and Ed Sheeran to Lady Gaga and Eminem — have gifted their A-List friends some pretty weird presents.

The “Hotline Bling” artist made headlines in November 2022 when he gave his friend DJ Khaled several high-end toilets for the producer’s 47th birthday. The Louisiana native later took to Instagram to share his excitement about the gift.

“Listen, this is not no regular toilet bowl,” Khaled explained in a video at the time. “My brother Drake just bought me and my family about four big toilet bowls. This is called a Toto toilet bowl.”

He continued: “I’m not even joking, Drake, we been wanting this. Me and my queen been talking about getting Totos for the whole house.”

One month prior, Sam Smith shared an NSFW gift that the “Shape of You” singer sent them while appearing on The Kelly Clarkson Show. “Oh, my God. … It’s actually wild. I thought it was a joke, but it’s a six-foot-two marble penis,” the “Stay With Me” crooner told host Kelly Clarkson in October 2022. “It’s two tons, and I’m gonna have to get it craned into my house.”

Sheeran, for his part, defended the gift and its backstory during an interview on The Late Show With Stephen Colbert that same month. “Elton John has been involved in my career from the get-go, and he buys me weird gifts,” the British songwriter said. “Just, like, odd gifts, like, sexual sort of objects.”

The “Shivers” singer went on to explain that he purchased a phallic-shaped statue for the “I’m Still Standing” performer. “I gave it to him for his birthday, and Elton was over the moon about it. And then it got out in the press that I had done it,” divulged Sheeran. “I would be doing interviews, and people would be like, ‘Well, can I have one?’”

The Grammy winner then revealed that Smith asked for one of the pieces of art while recording at a studio near Sheeran’s house.

While John inspired the “Bad Habits” artist to gift some bizarre gifts, the legendary musician has been on the receiving end as well. In 2019, Eminem gave his longtime friend two diamond-encrusted cock rings after John married husband David Furnish.

“Eminem bought me and David matching cock rings when we got married,” the “Hold Me Closer” musician told the Guardian at the time. “That was his gift. They sit there, like the crown jewels, in this beautiful box on satin cushions. They’re wonderful to look at.”

Keep scrolling to see what unique gifts some celebrities have sent to one another over the years: