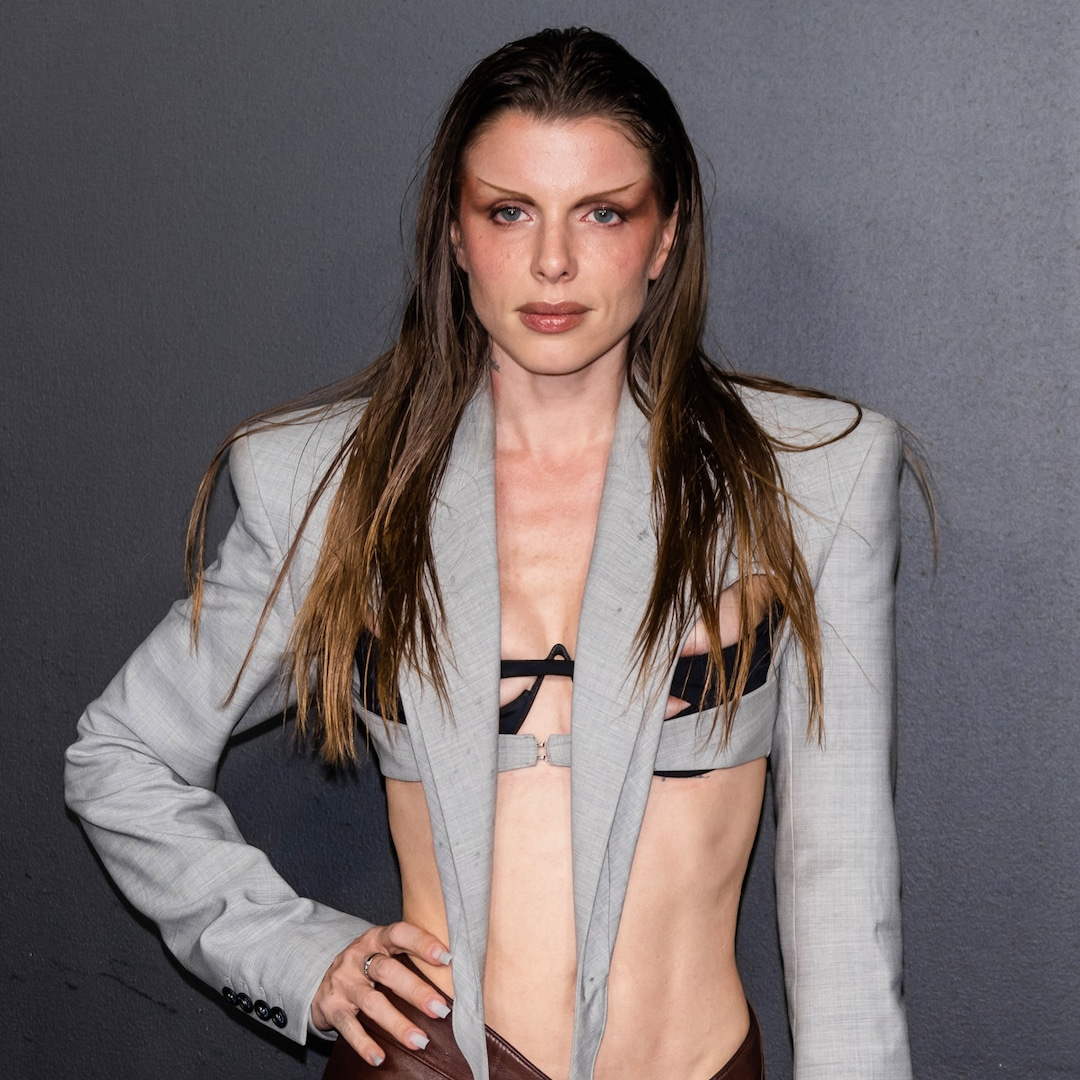 The Uncut Gems actress recently gave TikTok followers a glimpse at her New York City apartment, where she lives with her 2-year-old son, Valentino.

“I never thought in a million years that I would do this, but I do believe in maximum transparency,” Julia said in the three minute Jan. 25 TikTok video.”So I’m going to give you guys an apartment tour. And I know I’m going to get roasted and whatever, but hopefully, maybe someone can watch this and be like, ‘Okay, well maybe I’m not doing so bad.’”

The 32-year-old—who shares Valentino with ex Peter Artemiev—then took followers into the apartment’s living room, which she uses as a bedroom for this sweet reason.

“I put my bed here in the living room,” she explained, while panning around the room that is filled with her son’s toys, a clothing rack and a television. “So I could turn my bedroom into a little playroom for Valentino.”

Next up? What Julia calls her “nostalgia mirror,” which features various photographs of her son as well as snapshots of herself with friends, including loved ones who have passed away.

“This is my little grow station,” the model continued, while zooming in on her mint and basil plants. “Nothing is growing, we don’t know what we’re doing.”

Julia then showed off a long hallway filled with toys before taking followers into her bathroom as she explained, “It’s very tiny but it does what its suppose to do.”

And when it comes to whipping up food? Next to her actual kitchen is a play one for Valentino. However, she was quick to defend the state of the room.

“Don’t judge me,” she exclaimed. “I know it’s really messy. I also have shoe boxes in the kitchen, which is very common for New Yorkers.”

And although Julia gave a look into Valentino’s room, which was decorated with all the makings of a child’s dream—including toys, books, a train set and a loft—the No Sudden Move actress revealed he doesn’t spend a lot of time there.

“I put the most effort into this room I think,” she noted. “I really wanted him to have a cute room. However, he does not hang out in here at all. He only wants to be in mama’s room. He doesn’t even sleep in there. He sleeps in bed with me. Yeah, we’re co-sleepers. Sue me, I don’t care.”

Come with me on a very underwhelming apartment tour! also to clarify I have only ONE mouse and he’s cute ??

When it comes to why she loves her Manhattan pad so much, Julia says she is all about minimalism.

“For me, personally, I don’t like excessive displays of wealth,” Julia shared. “They make me feel icky. Especially people that have really big houses it’s just really wasteful when there’s so many homeless people in this country. And I’m not really like that.”

But before ending the video, Julia let viewers in on one more secret about the apartment: a mouse “problem.”

“It’s a problem depending on how you look at it,” she said. “I kind of let them rock. I appreciate that they—at night while we’re sleeping—come out and clean up the crumbs that my son drops on the floor. So I’m not going to evict the mice anytime soon.”

Meanwhile, this isn’t the first time the influencer has given people a look into her NYC life as she previously detailed in an October TikTok how her Hermès Birkin bag was attacked by a machete. However, she later clarified details surrounding the incident.

“I got in a fight with a loved one,” she told E! at the time, “and I don’t want to snitch because we’re still friends.”

Julia noted, “Sometimes you fight with your fam.”

And while the star didn’t spill the details on the attacker’s identity, she did admit they had good reason to do what they did, adding, “I deserved it, let’s put it that way.”

EADEM's Transformative Skincare Products Are by and for Women of Color

Teresa Giudice on Blending Families With Husband Luis: It's an 'Adjustment'