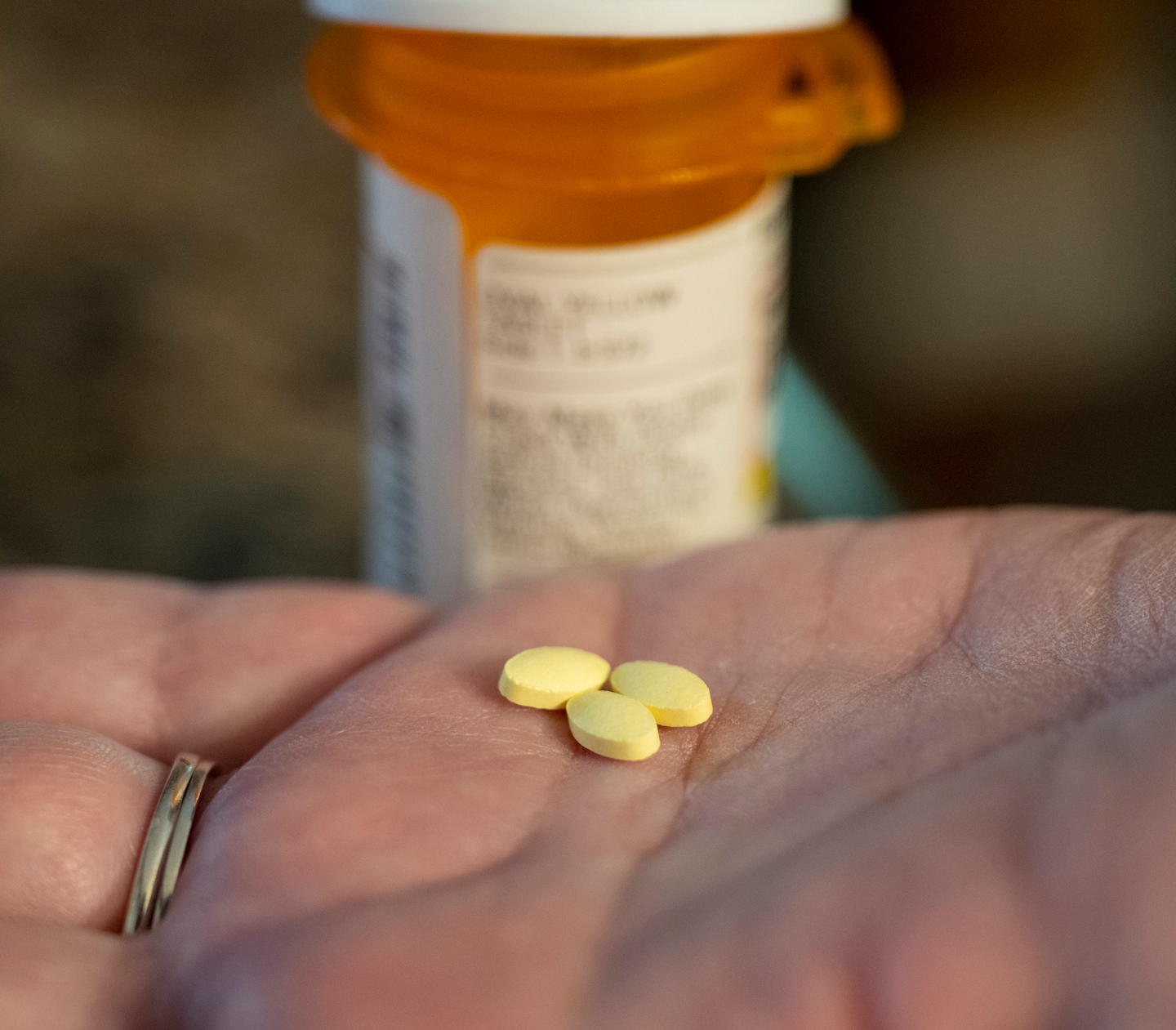 The reason: In a higher dosage, methotrexate — a drug used to treat some cancers, arthritis and a slew of autoimmune diseases — can also induce abortions and terminate ectopic pregnancies, though that’s not its most common use, Power told The Washington Post.

Emma Thompson was ultimately able to get her prescription filled, but the delay highlights the medical complications some patients are facing in states with strict abortion rules. Even if their medications are not prescribed to end a pregnancy, the reversal in June of Roe v. Wade has thrown pharmacists, patients and physicians into a “constant juggling act,” Power said, balancing medical care with changing policies and potential legal consequences.

“I don’t think everyone understands what the ramifications of such a broad, sweeping antiabortion law are and how many other women are affected by this,” she added. “Like how can we decide that women can’t have this medicine that men can? That’s discriminating on gender. And how can you make a law that doesn’t allow me to provide standard of care for my patients?”

Throughout Emma’s life, rheumatoid arthritis — an inflammatory disorder that causes the body’s immune system to attack healthy tissue in the joints — had resulted in prolonged hospital stays, clinical trials and simply “too much pain to have a normal life,” said her mother, Kaitlin Preble. For 10 years, her daughter’s physicians had experimented with different doses of methotrexate, finally landing about a year ago on just the right amount that allows Emma to thrive, attend school and “simply be a normal teenager,” Preble said.

All of that seemed to be at risk on Sept. 25, when Preble checked her Walgreens app to see whether Emma’s prescriptions were ready. Instead of a green light indicating they could be picked up, a message popped up saying her methotrexate refill had been denied.

“It didn’t even give the reason why,” Preble said. “It just said that I had to call my doctor.”

Still, Preble said she had an inkling that the state’s new abortion ban — one that dates back to the 19th century and prohibits the procedure, except to save the pregnant person’s life — had something to do with it. Her suspicions were confirmed the next day, when Preble drove to the pharmacy “and made a big deal inside,” she said.

At first, no one would explain why her daughter wasn’t able to get a medication that’s “crucial to her health,” Preble said. Then, she urged a pharmacy technician to get some answers.

“The pharmacist said she denied it because Emma is 14 years old,” which is considered a childbearing age, Preble said. “The pharmacy tech then asked, ‘Well, did you look at her history? She’s been getting this medication for a long time,’ and the pharmacist said, ‘No,’ which I think was very crucial.”

Through it all, Preble was shaking and in tears: “I understand that pharmacists are scared because they don’t want to be liable to anything. But it’s extremely unfair to put a child through this unpredictable situation. And we shouldn’t have to jump through all these hoops to get a medication.”

In a statement to The Post, a spokesperson for Walgreens said that, while the company couldn’t discuss individual patients, “new laws in various states require additional steps for dispensing certain prescriptions and apply to all pharmacies, including Walgreens.”

“In these states, our pharmacists work closely with prescribers as needed, to fill lawful, clinically appropriate prescriptions,” the spokesperson said. “We provide ongoing training and information to help our pharmacists understand the latest requirements in their area.”

Patients across the country face similar situations as more drugs are scrutinized. Many of the medications are teratogens, or drugs that can result in fetal abnormalities and miscarriages if taken by someone who is pregnant. In some cases, women have to prove they’re on birth control or submit pregnancy tests for pharmacies to fulfill prescriptions for drugs that can terminate pregnancies, The Post previously reported.

When it comes to methotrexate — which is used or has been used by nearly 60 percent of rheumatoid arthritis patients — medical groups have already said there are increasing challenges in accessing the drug. In Texas, for example, pharmacists are allowed to refuse to fill prescriptions for misoprostol and methotrexate under the state’s “heartbeat bill.” The American College of Rheumatology in July urged pharmacists across the nation to provide the medication “without delay and with the assumption that they are not being used to terminate a pregnancy.”

“Methotrexate must remain accessible to people with rheumatic diseases, and legal safeguards must protect rheumatology professionals, pharmacists, and patients from potential legal penalties,” the medical group said in a statement.

The new laws have also affected patients with other conditions, such as Crohn’s disease and ulcerative colitis. In August, the Crohn’s & Colitis Foundation said it “vehemently opposes” policies that inhibit patients’ access to approved treatments.

“The decision on what the most appropriate therapy for their illness is should be made as a shared decision between a patient and their healthcare professional, following medical evidence,” the organization wrote in a statement.

Although her daughter’s next refill isn’t scheduled for another month, Preble said she is already dreading the possibility of another denial.

“These laws are just too extreme and don’t take into account all the different scenarios that people are going through,” she said.