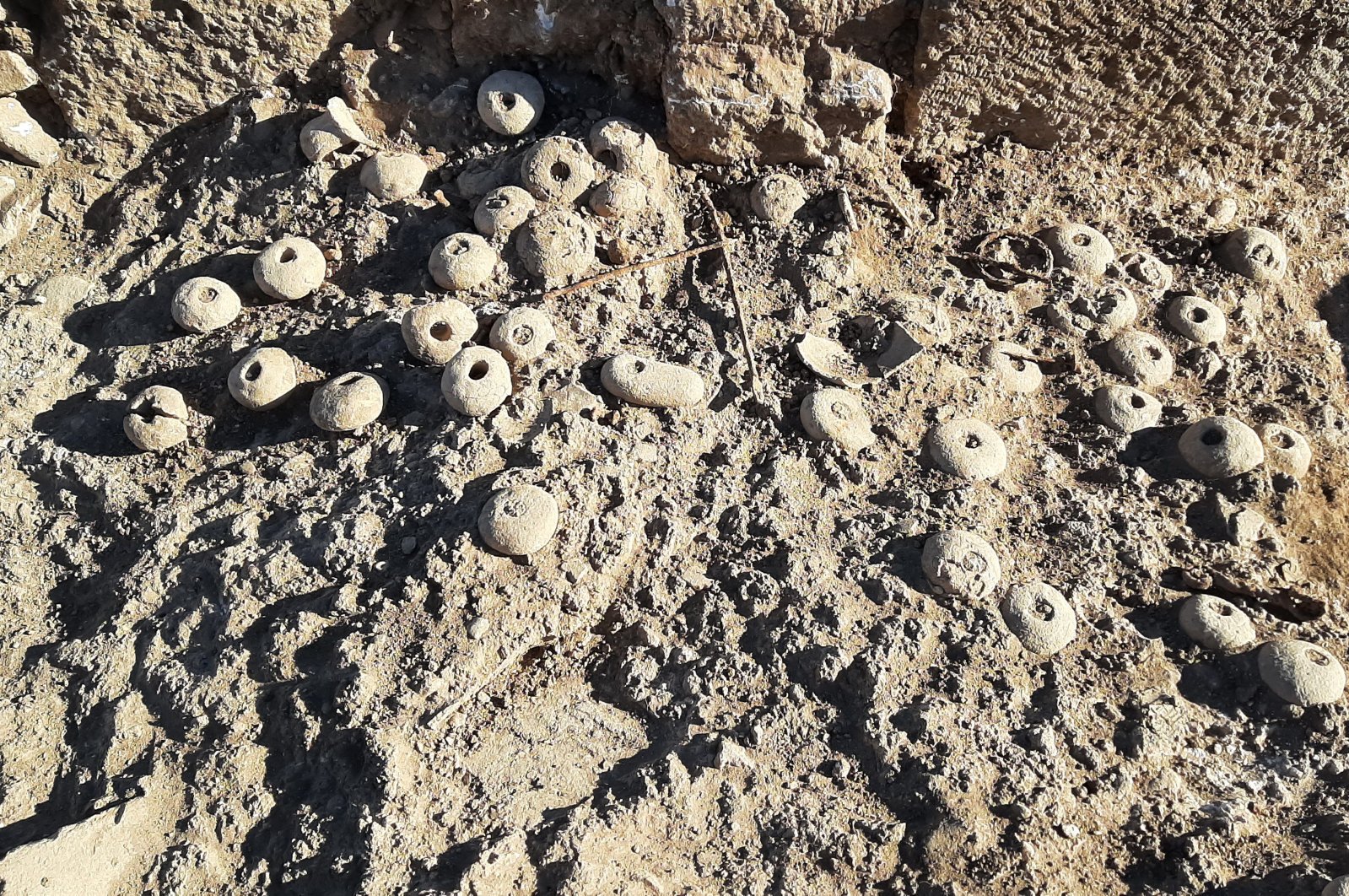 In the ongoing excavations in the ancient city of Perre, located in the southeastern province of Adıyaman, a weaving workshop dating back 1,600 years and weight stones used to turn wool into rope were discovered.

Started in 2001, the excavations have been carried out at intervals in the ancient city of Perre. A historical Roman fountain, large blocky stones, a bakery structure, water channels and various architectural structures were unearthed during the archaeological digs this year. The latest discovery of the archaeologists in the ancient city is the 1,600-year-old weaving workshop.

According to the museum director, the latest work of the team of archaeologists focused on the side of the necropolis area in Perre. In line with the findings they discovered in this area, the team revealed that there was a weaving workshop here and fabrics were dyed in the dyeing boats.

Perre was one of the biggest cities of the Kingdom of Commagene. It was an important city in terms of religious and geopolitical aspects. The beauty of the city’s water was mentioned in ancient Roman sources. The ancient city lost its importance after the Byzantine Period and never regained its former glory. The rock tombs, the main attractions of Perre, were carved into the rocks and have a wonderful appearance. Also, the large mosaics found in the city bear fascinating heart motifs, three-dimensional globe figures and octagonal geometric modules that arouse interest.

Loretta Lynn’s Husband: Inside Her Marriage to Oliver Lynn