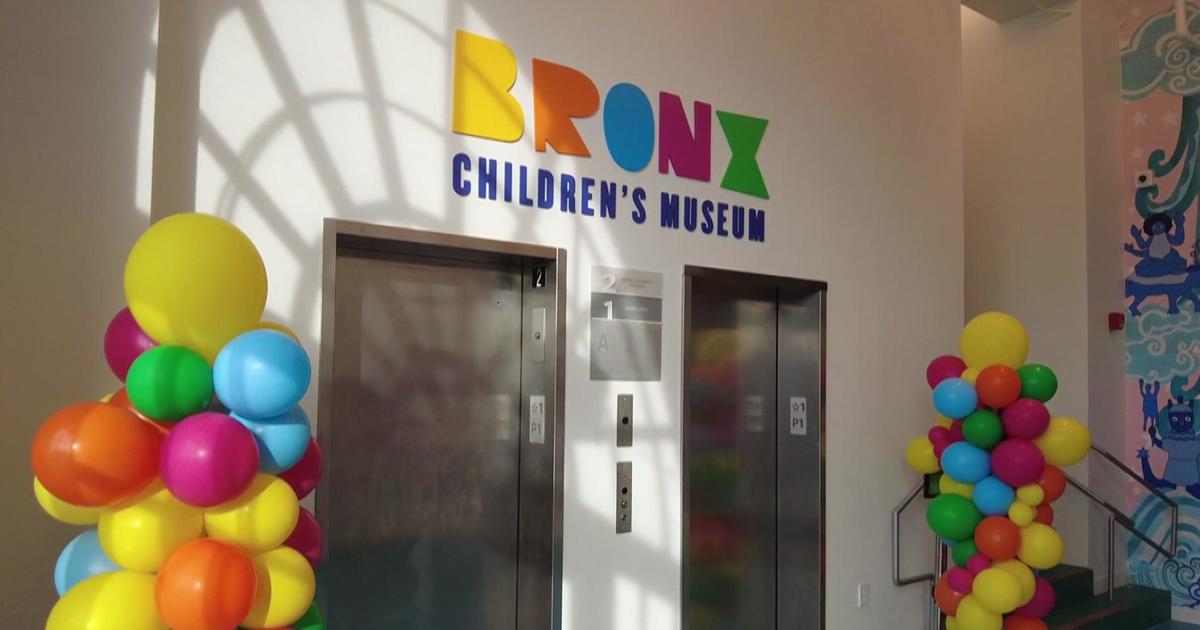 NEW YORK — If you’re looking for somewhere fun and educational to take your children, try the new Bronx Children’s Museum.

It’s the borough’s very first children’s museum, and it just opened its doors this week.

The Bronx Children’s Museum transports your child into an immersive experience with different sights, sounds and feels.

“There are 190,000 children in the Bronx under the age of 9, and we did not have a children’s museum,” Founding Executive Director Carla Precht told CBS2’s Zinnia Maldonado.

Until now. The museum opened for the first time this week, with brand new exhibits that allow children to think through exploration.

The project, which cost more than $17 million, has a community garden, a life-size beaver dam and boats for a 35-foot waterway.

What makes the museum unique is kids from across the city get to come and play while learning about the Bronx itself.

“It’s the greatest borough in the city, and these are things we want to bring to the forefront of what we teach the kids about, that the Bronx in and of itself is important,” Arts Program Manager Christopher Gomez said.

There are dozens of books and cozy spaces to read. Kids can also celebrate the borough’s urban side, exploring an imaginary block with a bodega, restaurant and deli.

The Bronx Children’s Museum was founded back in 2005. Precht said they took exhibits on the go to different schools and community events, but now they have an actual space.

“I hope that families and children, in particular, find that this is a place to just come and be themselves in an environment that’s very stimulating but also very calming,” she said.

She hopes the museum inspires those who live in the Bronx and those who don’t to explore the one-of-a-kind borough in person.

“It is very much a museum for and about the Bronx,” she said.

Admission will normally be $8, but it’s free right now for a limited time.