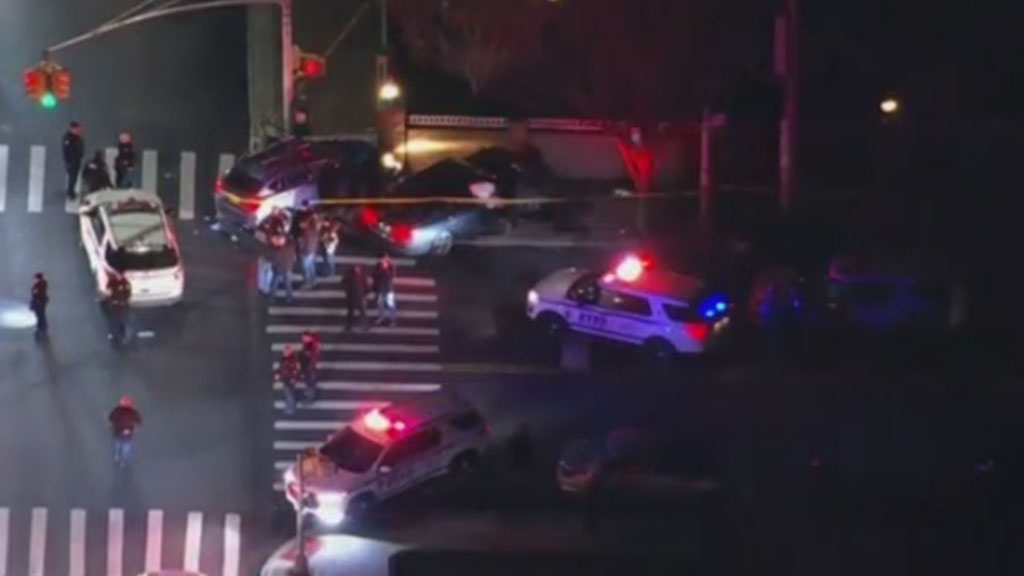 NEW YORK (CBSNewYork) — Two people have been arrested after a wild crash in Brooklyn.

It happened near the Belt Parkway and Cropsey Avenue in Bath Beach around 5 p.m. Thursday.

Police say a driver in a BMW swerved into oncoming traffic and then hit another car. It appears both vehicles wound up on the sidewalk.

One person in the other car was taken to a hospital.

An NYPD officer saw the crash and the two men from the BMW, who fled.

Both suspects are now in custody.