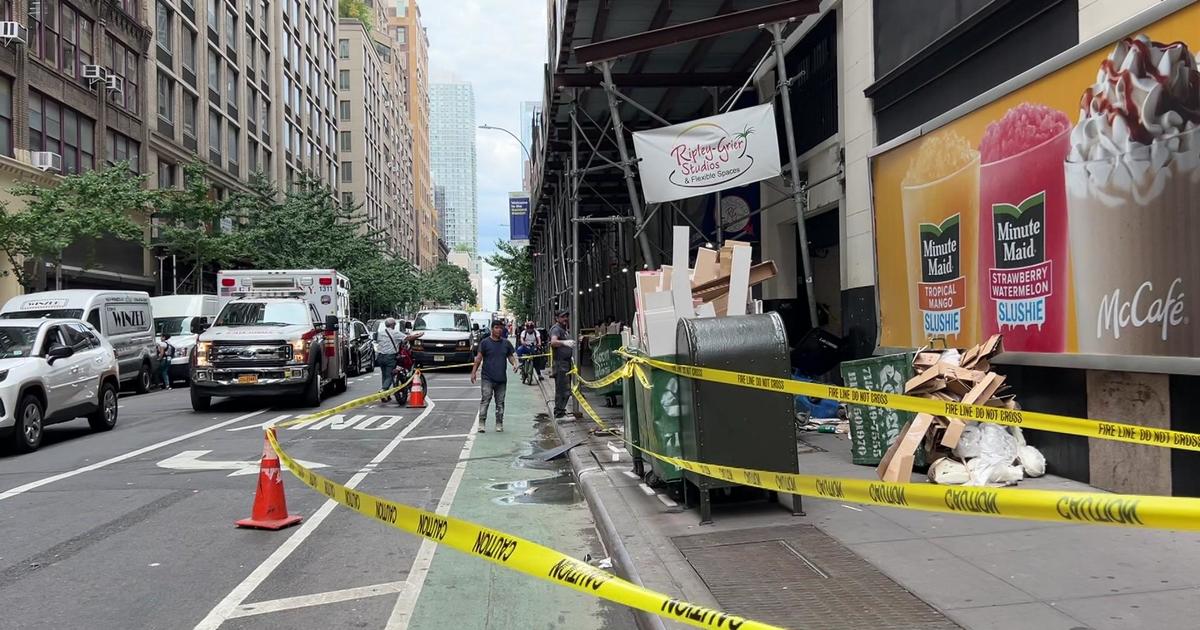 NEW YORK — Two people were hurt after a multi-vehicle crash on the West Side on Wednesday.

Surveillance video shows a UPS truck crash into scaffolding after being struck by two other vehicles that collided.

“He reversed and he hit my car, and he hit the car, the UPS,” one driver said.

“He was coming with a lot of speed … He hit the UPS truck, turned the truck into the wall over there,” a passenger said. “He said his foot stuck on the gas.”

CBS2 has been told one of the people hurt was a pedestrian. It is unclear who the other victim was. Their conditions are not known at this time.

The cause of the crash is being investigated.