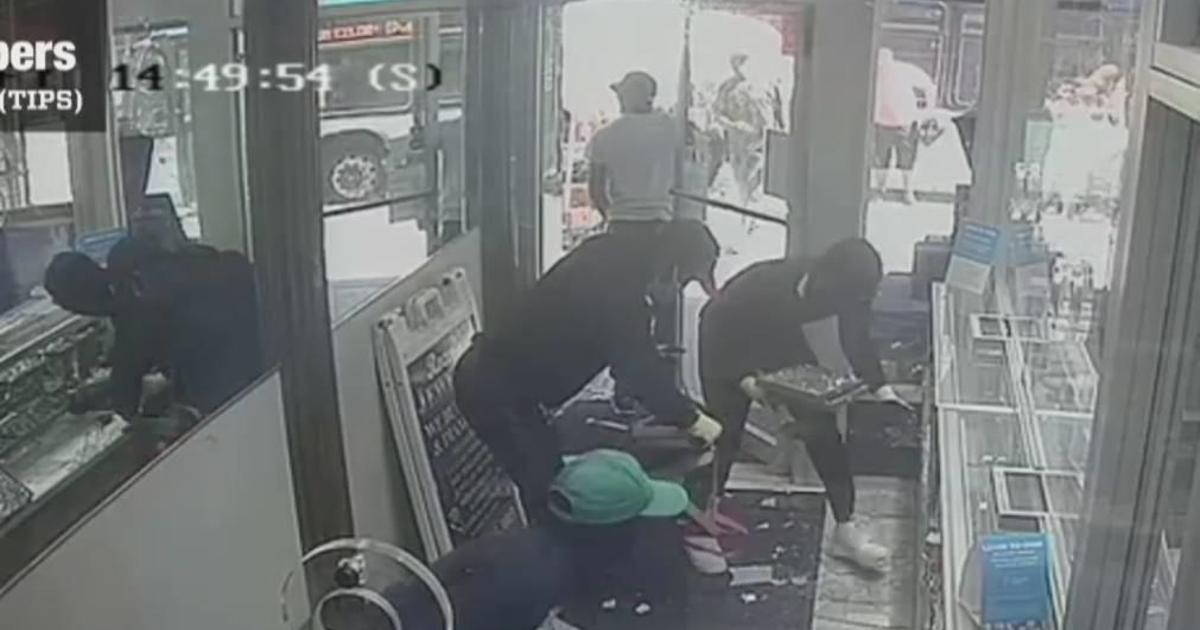 NEW YORK – Police are searching for suspects accused of stealing more than $2 million in diamond jewelry in the Bronx.

It happened just after 2:30 p.m. Friday at Rocco’s Jewelry on Webster Avenue in Fordham Heights.

According to police, the first suspect was buzzed in by a store employee and was then able to let the other three robbers inside.

They used a hammer to smash the display cases.

The suspects put the high-end diamond jewelry in bags and escaped on foot, police said.