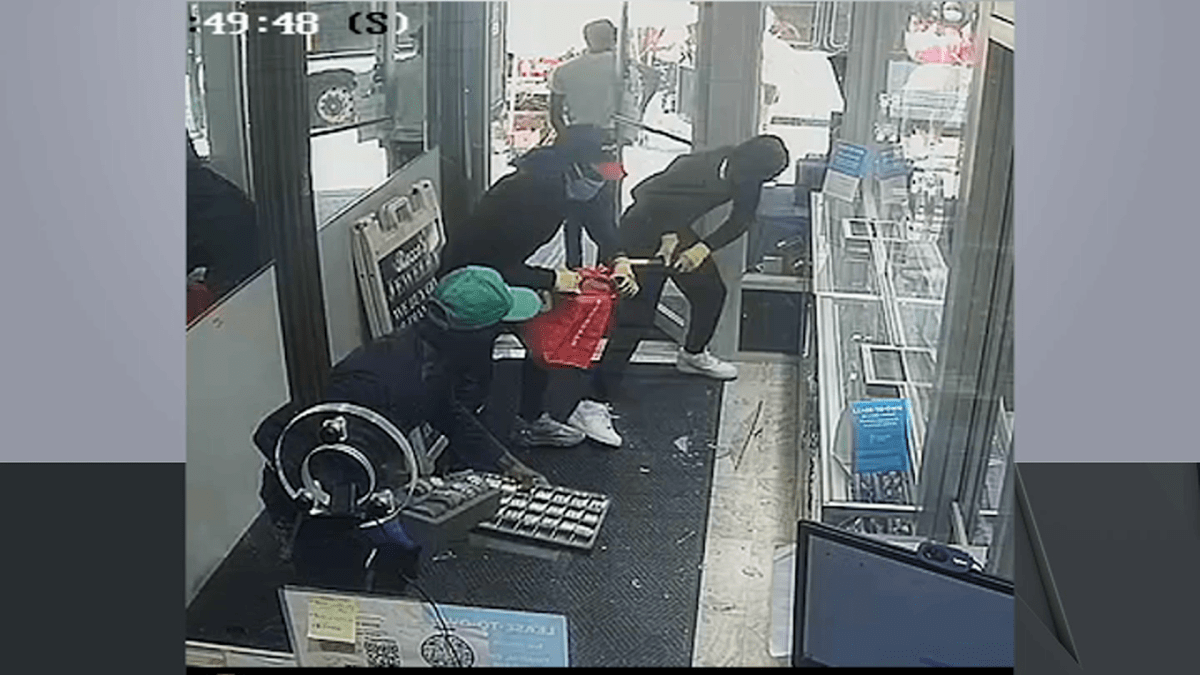 A team of thieves are splitting a $2 million payday after successfully targeting a jewelry store in the Bronx in the middle of the afternoon Friday.

Police are now on the lookout for the four men captured on store footage storming Rocco’s Jewelry off Webster Avenue. They hit the store Friday around 2:40 p.m.

The brazen smash-and-grab starts innocent enough, as one man buzzes to be let into the store. When he gets the door open, he’s seen propping it open for three others dressed in black to run inside.

Video shows the trio smash display cases with a hammer and make quick work of the high-value diamonds kept behind the glass.

Police said the jewelry stuffed inside their bags is valued around $2.15 million. They were last seen running southbound on Webster.