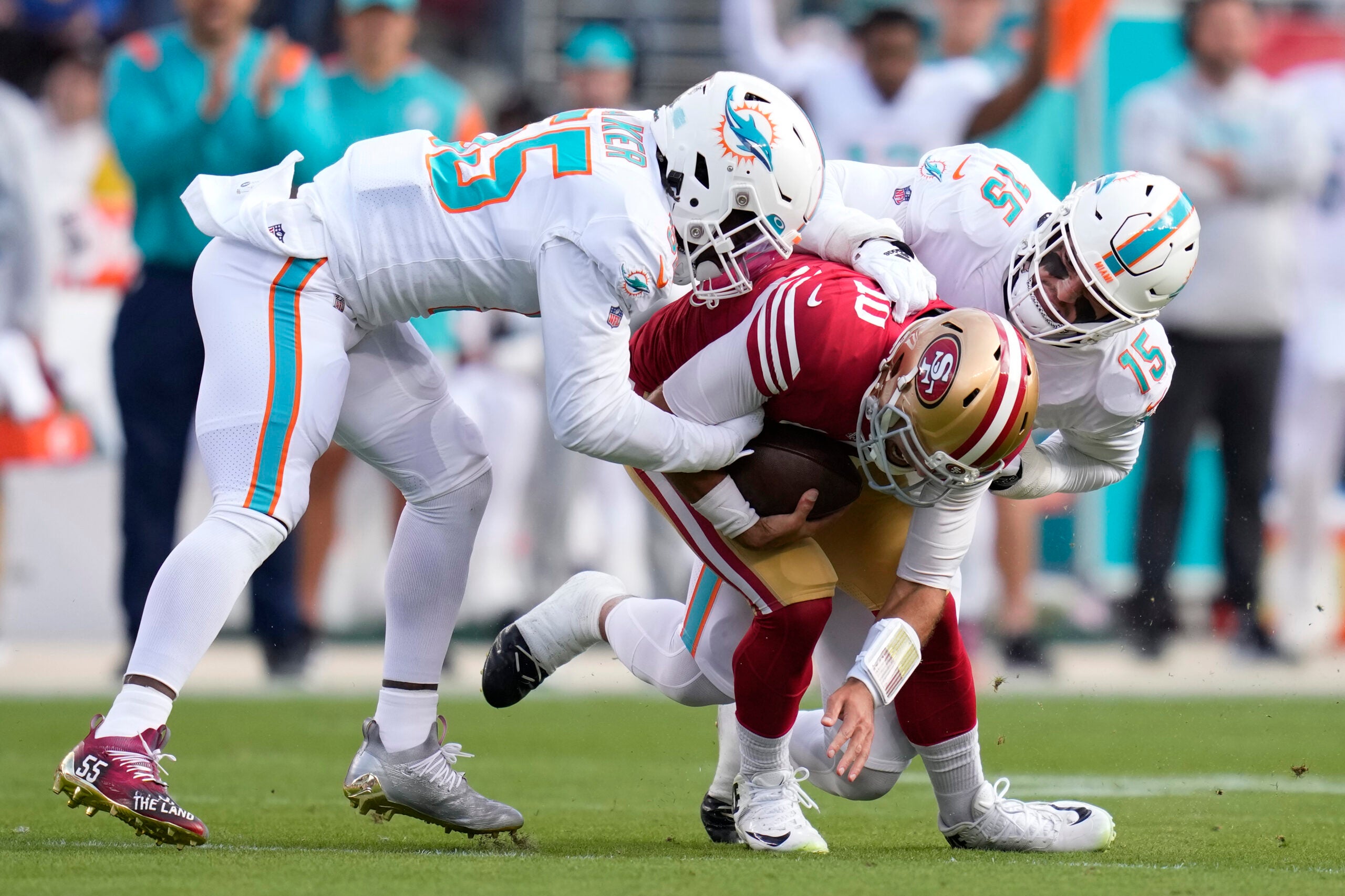 SANTA CLARA, Calif. (AP) — San Francisco quarterback Jimmy Garoppolo will miss the rest of the season after breaking his right foot in a 33-17 win over the Miami Dolphins on Sunday.

Garoppolo got up slowly after being sacked by Jerome Baker and Jaelan Phillips on third down on San Francisco’s first drive. He went into the injury tent before being taken by cart to the locker room.

The NFC West-leading Niners ruled him out for at least the rest of the game, and coach Kyle Shanahan announced that Garoppolo’s foot was broken after the game.

Rookie Brock Purdy came into the game to replace Garoppolo to start the second drive and threw two touchdown passes. Purdy had thrown just nine passes this season in mop-up duty of a blowout loss to Kansas City in Week 7.

Garoppolo resumed his starting role for San Francisco in Week 2 this season after Trey Lance went down with a season-ending ankle injury.