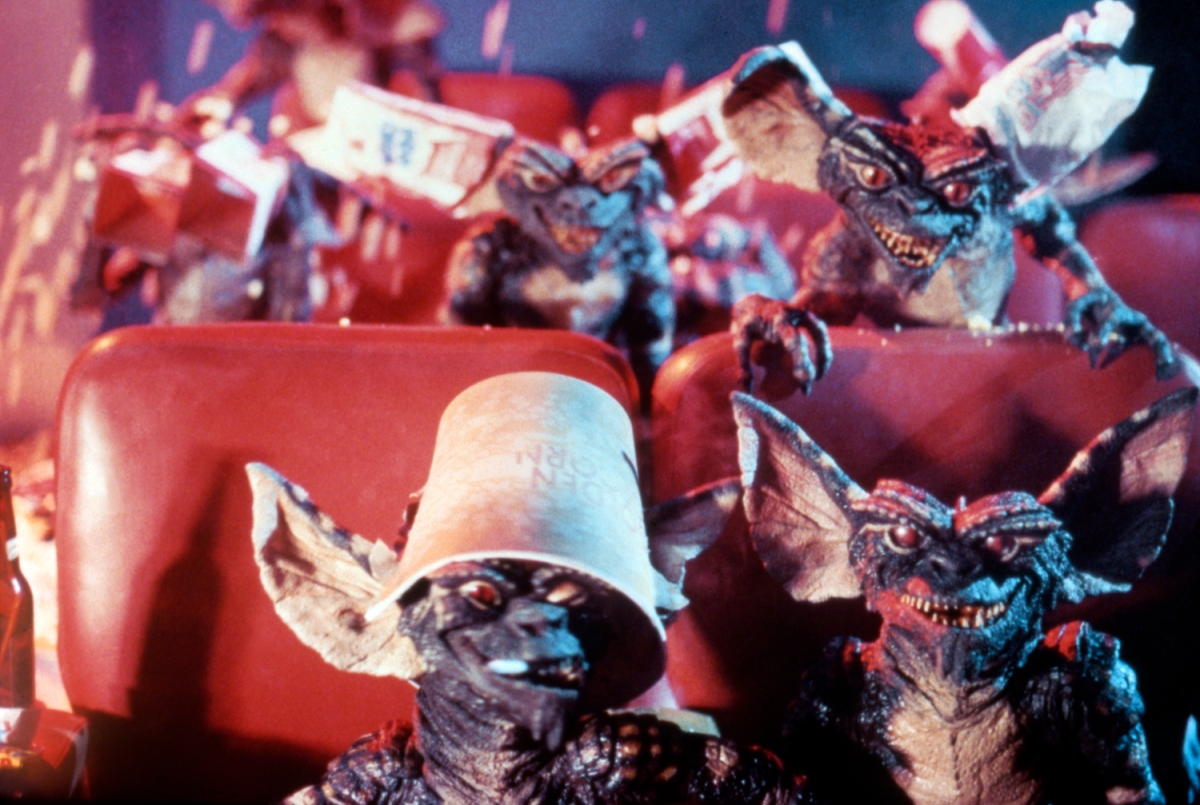 For most folks, holiday movies consist of things like National Lampoon’s Christmas Vacation or It’s a Wonderful Life. I tend to lead toward Christmas horror movies because I enjoy the change of pace from the typical holiday fare. However, I recently watched Gremlins, and as an adult, it left me with more questions than answers. So, here are several questions I have after my latest viewing of Gremlins.

What qualifies as ‘after midnight?’

Let’s start out with a bang and look at the biggest question surrounding Gizmo the Mogwai. When Rand Peltzer (Hoyt Axton) weasels his way into taking Gizmo home to his son, Billy (Zach Galligan), the little boy who sells the Mogwai under the table gives three instructions.

Don’t get him wet.

Keep him out of bright light.

Never feed him after midnight.

The first and second are simple enough, but the third is absurd. When is “after midnight?” Are there set feeding hours? What happens if you happen to change time zones? Any time is technically after midnight, so when can the poor little guy eat?

Why was no one amazed about discovering an entirely new species?

The lack of alarm from anyone in the entire Peltzer family at the discovery of a brand new species in Gremlins puzzles me. As an adult, if I’m bringing home a new pet, it is not going to come in the form of some creature I’ve never even heard of before. What if it’s venomous? Carries rabies? Grows into a creature that can eat your face off? That sucker needs to be vetted by every possible source before I hand it over to my kid all willy-nilly.

And sure, Billy takes Gizmo to his high school science teacher to examine, but what qualifications does that man have? He certainly doesn’t seem to be prepared to take on a brand-new species.

Were the Gremlins immune to snow?

The second rule in keeping Gizmo alive in Gremlins is not to get him wet. Billy and his friend Pete, a very young Corey Feldman, responsibly obey that rule for about five minutes before Pete knocks an entire glass of water on Gizmo. Several furry balls pop off and turn into more little mogwai showing us that’s how these guys reproduce. However, later, an entire army of Gremlins traipse down a snow-covered road, and not a single new Gremlin is born. Do we think director Christopher Columbus hoped nobody would notice?

Did the Gremlins connect with the seven dwarves?

A mere two days after the Gremlins literally pop into existence, they’re boozing it up at the local pub and heading to the theater for a showing of Disney’s Snow White and the Seven Dwarves. First, we saw the marquee outside the theater, and Snow White was not listed as one of the movies playing. Second, how did the Gremlins know how to find the reel with the movie they wanted to watch? Listen, say what you will, but there has never been an audience more hype to see a movie than the Gremlins are to watch Snow White.

Toward the end of the movie, we learn the real reason behind Kate’s (Phoebe Cates) disdain for Christmas. As it turns out, when she was a kid, Kate’s dad dressed up as Santa and tried to get into the house via the chimney. She explains to Billy that her dad went missing on Christmas Eve. Days later, a smell began to emanate from the chimney. Authorities found her dad’s remains in the chimney with a sack full of presents after he fell and broke his neck. Ok, sure, a sweet sentiment, maybe, but what was his plan? Did he want Kate to bust him as he delivered presents? Why didn’t he give his wife a heads-up? No one heard this man fall in the chimney? I’ve got a lot of problems with this plan, and it’s mainly the logistics of it all.

Regardless, Gremlins remains one of my favorite Christmas movies to date, even with its many, many plot holes. Want to check it out for yourself? It’s currently streaming on HBO Max. And if you have questions of your own, be sure to tell me in the comments below!

RELATED: ‘Cocaine Bear’: No, a Coked Up Bear Never Went On a Murderous Rampage