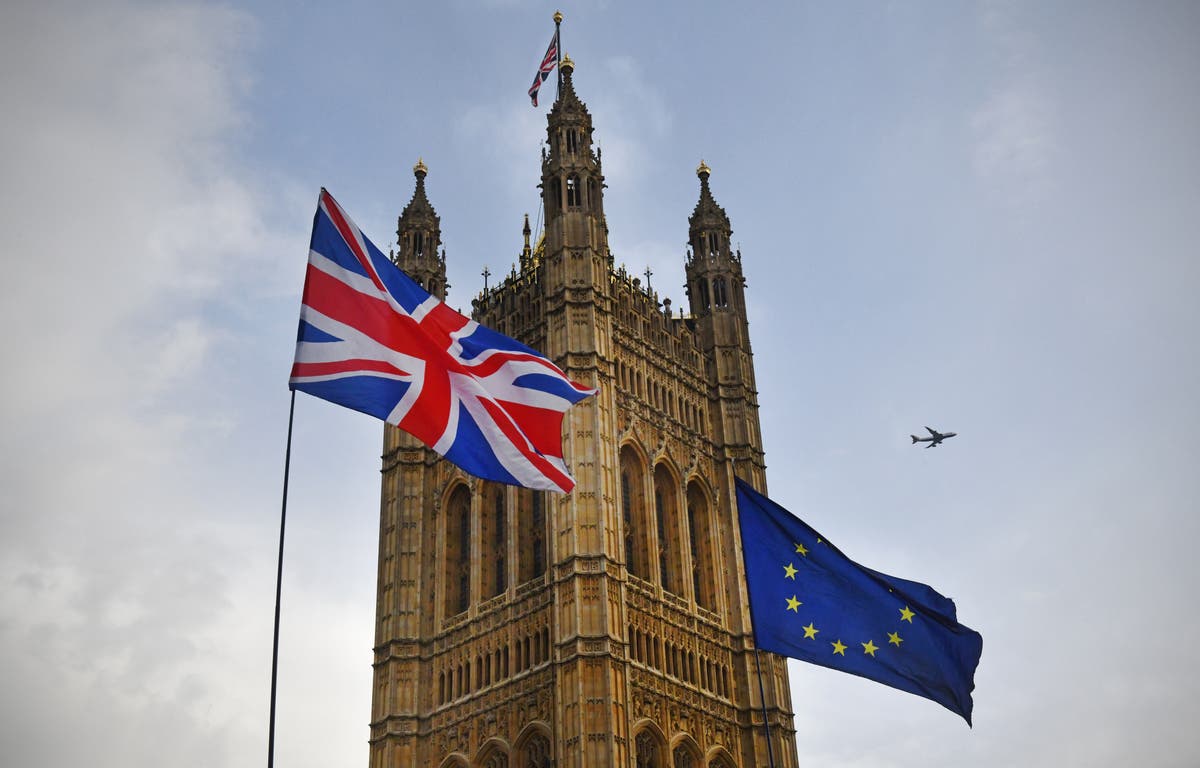 Sign up to our Brexit email for the latest insight

Two in three Britons believe Brexit has gone badly, a poll has found – the highest level of negativity since Boris Johnson’s trade deal come into force at the start of 2021.

Some 65 per cent of voters think Brexit was going badly and only 21 per cent say it is going well, the latest Opinium survey found.

Polling guru Prof John Curtice told The Independent that the results reflected a steady “erosion” in support for Brexit, mainly due to economic turmoil.

His own poll-of-polls analysis shows support from re-joining the EU at 57 per cent and staying out at 43 per cent if vote in another Brexit referendum.

“The proportion of people who say they would vote to re-join has been going up in the past year,” said Prof Curtice. “There is no doubt that there has been something of a decline in support for Brexit.”

He added: “The principal explanation for the shift seems to be to do with the economic consequences of Brexit. We are now somewhat more economically pessimistic about Brexit that we were.”

The polling expert said immigration and the rise in small boats crossings in the English Channel may also have had an impact. “Leave voters have spotted that immigration has not gone down. One of the things that might have kept them loyal [to Brexit] is no longer there.”

Opinium’s December poll shows 31 per cent think Brexit had gone “fairy badly” and 34 per cent think it has gone “very badly” – the highest level of negativity about Brexit since January 2021, according to the National Centre for Social Research’s What UK Thinks tracker.

It come as new analysis shows that consumers in the UK have cut back spending more than almost any other industrialised country – ranking 41st out of 43 nations.

Britons’ spending in the three months to September was 3.2 per cent below pre-Covid levels – the third worst across leading economics, according to Financial Times analysis.

Meanwhile, Prof Curtice has said Rishi Sunak’s Conservatives are set to lose around half of their MPs at the next general election based on current opinion polling.

“The Conservative Party, at the moment, on current polls would indeed lose half of all its MPs,” he told GB News. “It’s around a half and is actually no higher than the total proportion of all the Conservative MPs who are now likely to be at risk.”