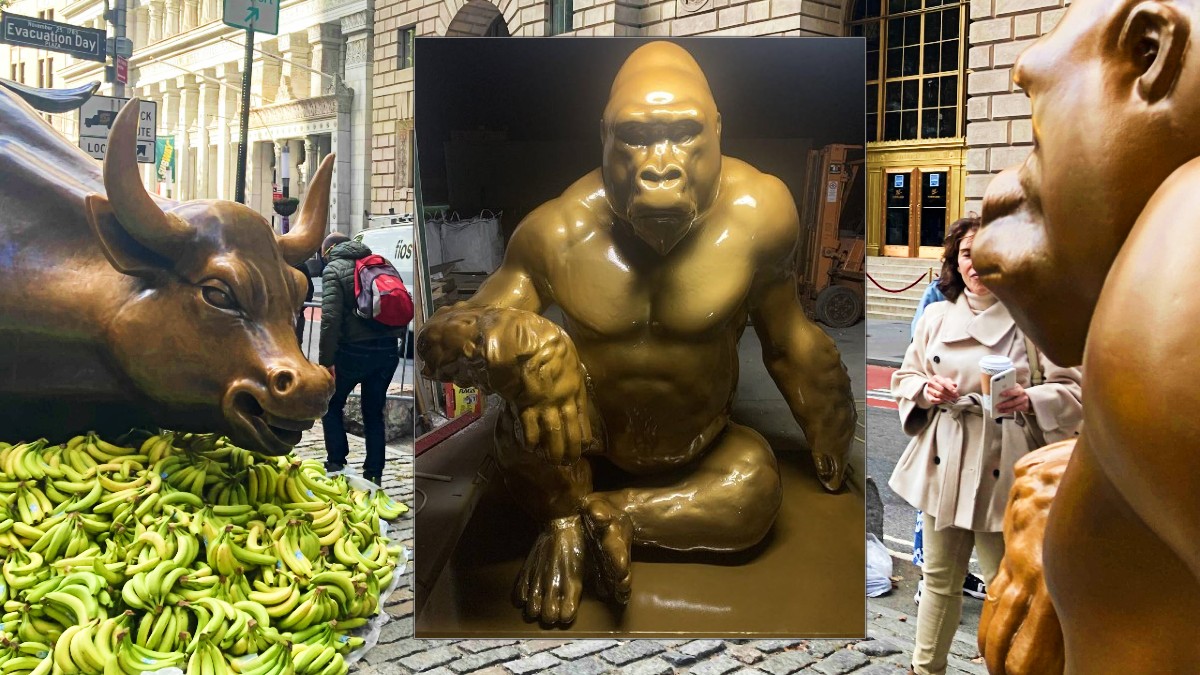 A 7-foot-tall bronze statue of Harambe, the Cincinnati Zoo gorilla that made national headlines in 2016 after picking up and carrying around a 3-year-old boy who climbed into its enclosure, then getting shot, appeared on Wall Street Monday.

The giant gorilla was placed in Bowling Green Park, directly across from the famous Charging Bull statue, which was surrounded by 10,000 bananas (that will later be donated to local food shelves) to make a point about wealth disparity.

The organizers, founders of Sapien.Network, an in-development social networking platform “dedicated to putting the needs and welfare of human beings first” said they put up the display to show that Wall Street has become “bananas” — wholly out of touch with the needs of everyday people.

Sapien.Network founders Ankit Bhatia and Robert Giometti said they used the symbol of Harambe to represent the millions who struggle under a U.S. capitalist system they say “enriches wealthy elites and leaves the average person behind.”

Harambe was controversially shot dead in May 2016 by zookeepers who feared for the 3-year-old’s safety, though the gorilla never behaved aggressively toward him. Some even said at the time that it looked as if the animal was protecting the child.

The killing of Harambe sparked heated debate over the status of primates in captivity and inspired thousands of Internet memes. SpaceX CEO Elon Musk even released a new rap single over the saga, while a Cheeto that supposedly looked like Harambe sold for nearly $100,000 on eBay.