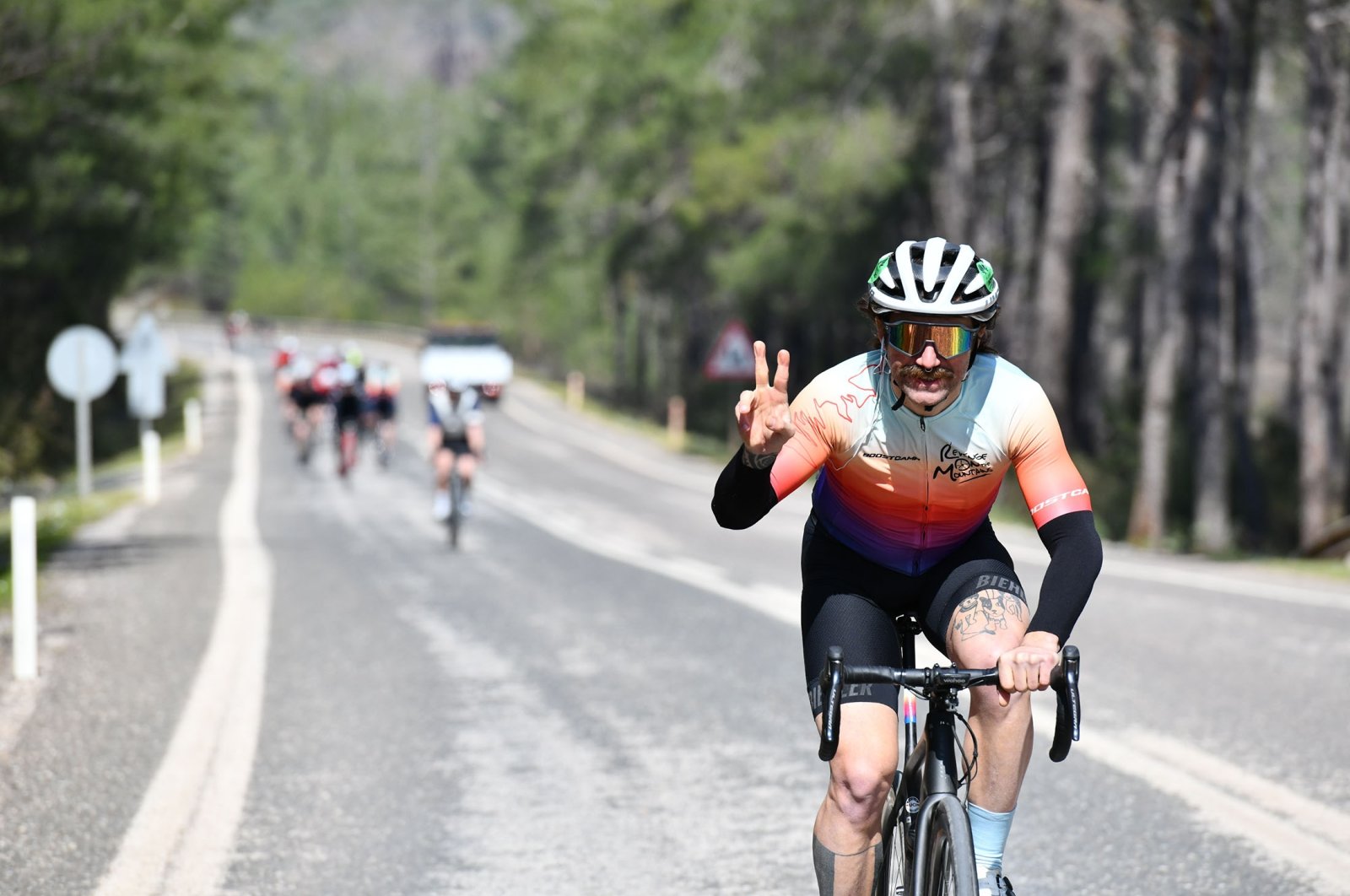 About a month ago, I happened to meet Kerim Sükan, who is leading the team and community behind both BoostCamp and the new “Santini Queens of The Aegean Boostrace.” Those that know him will understand that simply spotting Sükan is enough to know that he is up to something grand. And so, the second I saw him I knew there was potentially a great story, but I never thought it would turn into an entire weekend adventure. Needless to say, Sükan is a dynamic yet down-to-earth statuesque athlete who has devoted his life to creating the opportunity for amateur and expert cyclists to pedal on designated courses in spectacular locations in Turkey.

BoostCamp is Sükan’s brainchild and it is a series of multiday cycling holidays that are based in five-star hotels and take cyclists through courses in destinations such as Marmaris, Gallipoli and Cappadocia. I had the opportunity to participate in the first “camp” of this year’s series, which is called “Revenge of the Mountains.” However, I was not there as a cyclist, but as part of the press invited to witness the announcement of the first-ever “Queen” stage race to take place in Turkey.

In bicycling jargon, a “Queens” race is a term used to describe the most challenging stages of a race. The difference between a “Queens” race and other races is that the competition solely consists of specific elevated courses and does not include the time spent in between getting from course to course. Thus, the cyclists are able to stop and rest while enjoying the vista, and are given the freedom to experience their race the way they want to.

The Santini Queens of The Aegean Boostrace set for May 29 will consist of two courses, both taking cyclists on a route starting from Marmaris and ending in Akyaka. This race is geared toward amateur cyclists and will consist of either a shorter route of 87 kilometers (54 miles) or a longer course, which is 160 kilometers. The short course will take cyclists on the Kıran climb, which has a 10% elevation for 8.5 kilometers, while the long route also includes a stop at Sarnıç, which includes an additional 10 kilometers of elevation at 10%. In-between said climbs riders can relax and enjoy the nature and scenery around them at rest stops without having to factor in the timing as only the elevation “Queens” routes will count in the competition. The results will be broken down into age categories and so participants will be competing against their age group to snatch a medal.

This is the first time a race of this kind will take place in Turkey and the cycling will be on proper roads that lead up to the hills along the Aegean with panoramic views of the coast, islands and horizon in the vista, equipped with festive rest stops to enjoy it all at one’s own leisure. In my opinion, the most exciting part about this race is the Boost Zones that will be set up at the finish line of each challenging climb in the competition. Not only will these rest stops be a chance for cyclists to reenergize with fresh fruit juices, energy drinks and freshly prepared local snacks, but this will also be an opportunity for family and friends to join the celebration and for everyone to mingle and share their experiences as there is no time constraint for when they need to resume the race.

Furthermore, the base for the race as well as the 5-day BoostCamp that took place last week and where this new race was officially launched is the luxurious Grand Yazıcı Club Turban Hotel in Marmaris. I had heard of it, yet never had the pleasure to visit personally until last Friday, when I was invited to witness the launch and take part in a special dinner for protocol. I sat among the press members from all of Turkey’s sports outlets and right next to a TV commentator from A Spor Taner Karaman, who was going to not only take part in the final ride of the camp series that took place in Marmaris over the week, but was also going to broadcast the experience of completing the 70 kilometers climb, which includes 10 kilometers of constant elevation, which he successfully did! This enjoyable dinner of dozens of protocol members divided by three large tables, was held at an exclusive restaurant set on the sea on the expansive grounds of the Grand Yazıcı Club Turban.

From the dinner, we walked maybe a kilometer to get to the actual hotel, which has multiple restaurants, cafes and spaces to relax as well as a humongous lobby and proper conference rooms. The lobby was decked out with stands presenting anything and everything you can imagine related to bikes, (for example I bought myself some protein powder) and on the sidelines, cyclists were getting recovery massages. Also sponsors for the new race, the entire Grand Yazıcı Club Turban was closed off for the 200 or so cyclists participating in the BoostCamp and accompanied by friends and family, so the environment had been transformed into a cyclist’s paradise with hundreds of bikes everywhere and friendly people sharing their exhilarating experiences having ridden routes along the mountains of the coast for the past three-days prior. The following day, Saturday, was the final ride and in the evening, there was a party among the hundreds of participants, who by the way are mainly amateur cyclists that live an urban lifestyle yet seek to combine a holiday with their passion.

Because you see that’s what BoostCamp does, it provides the opportunity for people to have a healthy, enjoyable and entertaining vacation, equipped with the option to cycle long or short courses throughout the duration and enjoy dinners, parties, workshops, seminars and launches in the evening. Kerim Sükan and his team and community of cycling enthusiasts have truly created something special and I feel blessed to have witnessed at the launch of this exciting new race set in a region in Turkey that in my own humble opinion bars none.

Meanwhile, also among the sponsors of the race is Santini, which happens to be one of the most prestigious brands in the world when it comes to bicycles. Their creative director Fergus Niland was also among the panel members that launched the race in addition to representatives from The Ministry of Culture and Tourism’s Promotional and Development Agency TGA and from sponsors Türk Telekom Prime and Suzuki Türkiye. The launch was held in a conference room and attended by over a hundred people. The conference room next door however had been emptied out and decked out with racks to hold the hundreds of bikes being stored for the camp’s participants. I had never seen so many bicycles lined up together and it was truly a breathtaking sight.

There were amateur cyclists up to the age of 70 and participants from 13 different countries at this year’s “Revenge of the Mountains.” Taner told me there was a 68-year-old dentist among the riders and that he cycled alongside an elementary school teacher. The BoostCamp series will continue throughout the year, with camps to be held in Gallipoli starting July 28 and in Cappadocia from October 6. The Santini Queens of the Aegean Boostrace will take place on May 29. Registration is available online at www.queenscycling.com and will be open until either May 1 or until the maximum capacity of 1,000 participants is reached.