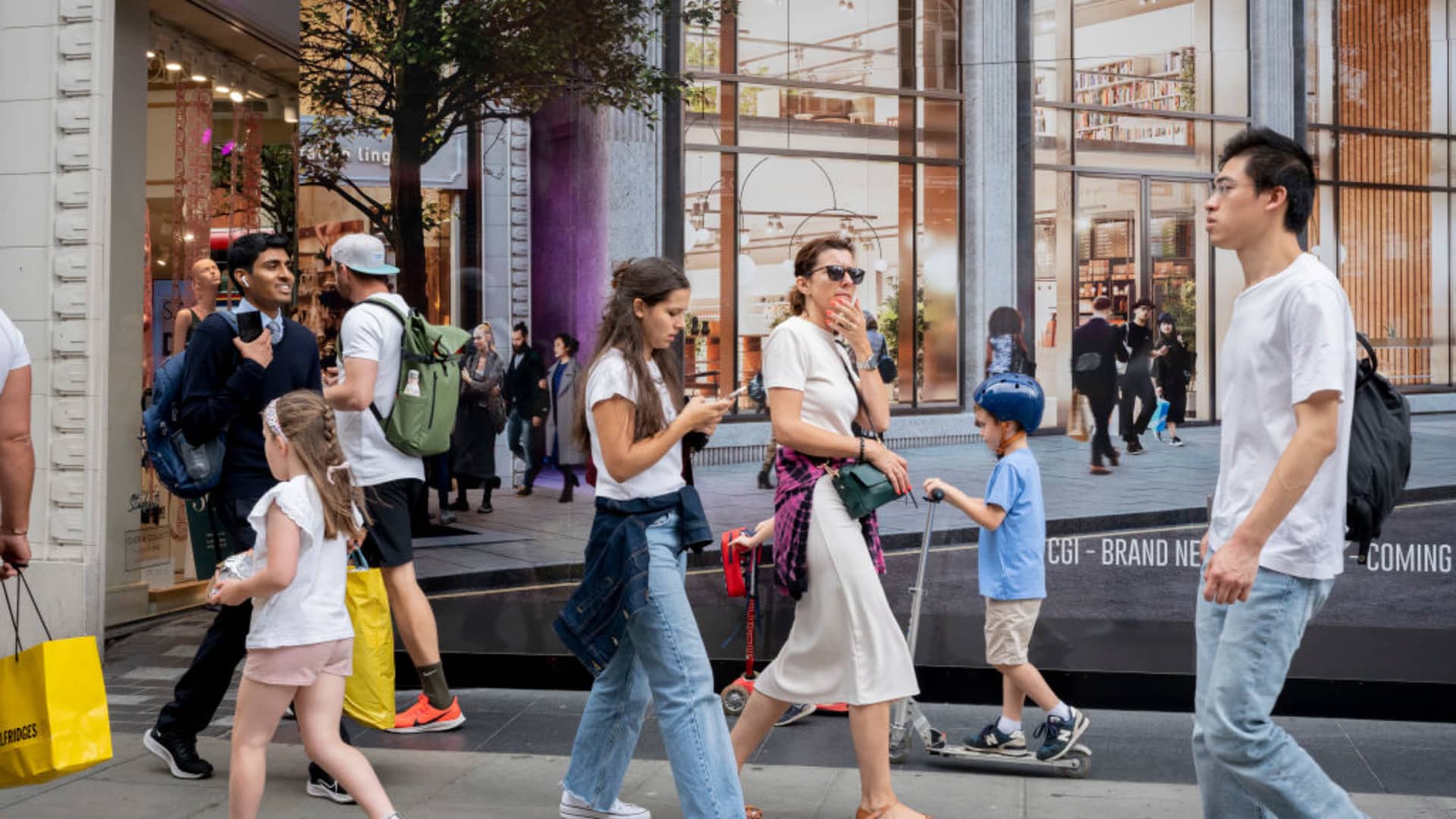 Central banks are relentlessly hiking interest rates to rein in inflation — even at the expense of economic growth — prompting fears of a recession. Goldman Sachs said it believes the United States is set for a “soft landing. The bank’s chief European economist Jari Stehn expects Europe to tip into a recession this quarter on the back of higher household energy prices and tighter financial conditions. This recession is likely to last into the second quarter of 2023, he added. “Concerns on sticky inflation and a tight labor market have focused investor attention on implications for rising rates and recession risk. The macro picture is arguably more challenging than it has been for some time,” Goldman’s analysts, led by John Sawtell, wrote in a note on Oct. 17. That has created a “challenging set-up” for stocks, he added. As for Europe, Goldman’s strategists Peter Oppenheimer and Sharon Bell said consensus earnings per share estimates for the Stoxx 600 have “yet to come down,” with the pair expecting a 10% decline in earnings per share for the European benchmark in 2023. Margins, too, are at an “all-time high,” and look vulnerable to downgrades, Sawtell said. But there is some good news — valuations are now close to previous trough levels, he added, which could signal that a market bottom for European stocks could be near. Against this backdrop, Goldman is favoring a barbell approach, comprising value sectors such as banks and energy, as well as more defensively positioned sectors such as health care and telecommunications. Stock calls The bank highlighted several buy-rated value stocks that are trading at “depressed” multiples and at a discount to the broader market. Goldman’s analysts are also more bullish than consensus on these stocks, which imply a potential for positive earnings’ revisions and re-ratings of the stock. The list includes energy firms Repsol and Eni , as well as a slew of banks such as Deutsche Bank , Barclays , Lloyds , and Banco Santander . Other stocks that made the list include Bayer , Volvo , Ericsson , and JD Sports . Goldman also highlighted several buy-rated stocks it favors in the uncertain macro environment. Its list of companies with consistently positive net operating profit after tax and above market-median returns include ASML , Novo Nordisk , L’Oreal , Nestle and Wolters Kluwer . Goldman screened for “quality” companies with “attractive” valuations. Those stocks have high and expanding cash return on capital invested and return on equity, according to the bank. The list includes low-cost carrier Ryanair , Norsk Hydro and Hannover Re . Read more Chip stocks have had a tough year — but one looks ‘really inviting,’ fund manager says Should you trust this recent market rally? Here’s how Wall Street is advising their clients Taking cover in government bonds ahead of a recession? BlackRock says that’s now an ‘obsolete’ strategy Investors keen to add growth names to their portfolio could also look to Goldman’s list of high growth stocks. “While growth has come under pressure year-to-end given dynamics in rates markets, we are approaching a slower growth environment with our economists forecasting a recession in the Euro Area and U.K. from 4Q22. Against this backdrop, we highlight companies that are able to deliver high top-line growth, as well as support on margins, given the inflationary backdrop,” Sawtell said. The stocks include payments firms Adyen and Wise , French defense equipment manufacturer Safran , and ASM International . The bank also identified high growth names that are trading at an attractive valuation, including Watches of Switzerland and Standard Chartered . In a separate note, Goldman also highlighted several Asian stock ideas for a more challenging macro backdrop in Asia. “The three main macro headwinds of rates, growth, and the dollar have intensified and are pressuring equity performance,” Goldman’s strategists, led by Alvin So, wrote on Oct. 12. “With the rising recession fears in developed markets economies (Europe & U.S.), we favor domestic exposure as our economists continue to expect Asia, notably in India and ASEAN, to deliver relatively high growth due to post-Covid recovery with less exposure to global economies. Domestic cyclical/consumption stocks have outperformed global/Europe exposure since 2Q,” he added. The bank’s domestic cyclicals basket includes some of China’s biggest tech names, such as Tencent , Alibaba , Meituan and JD.com . A slew of electric vehicle-related stocks made the basket too, including Nio , Li Auto and Chinese battery manufacturer Contemporary Amperex Technology . Goldman also screened for companies with domestic sales exposure of more than 90% and compounded earnings per share growth of more than 5% into 2023. The screen turned up beverage makers Wuliangye and Kweichow Moutai , Indian automaker Mahindra & Mahindra , Indian conglomerate ITC and Unilever Indonesia .