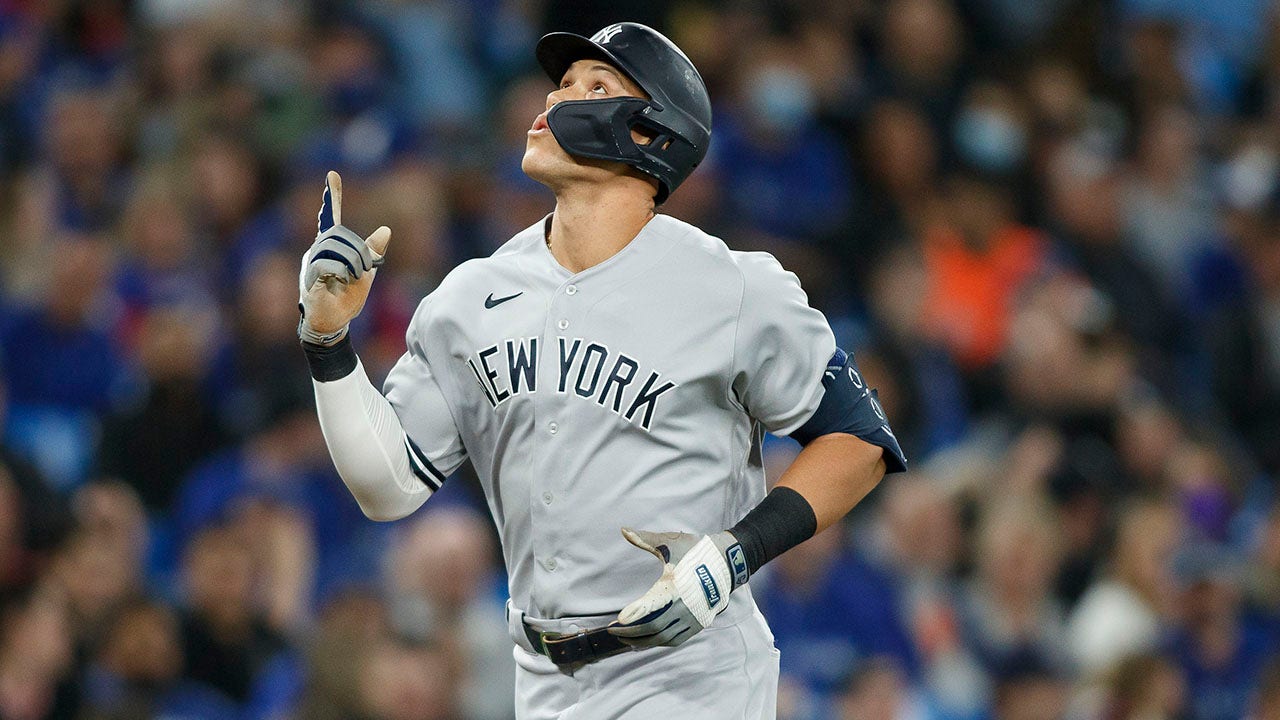 Aaron Judge hit his 61st of the season Wednesday, tying Maris for the most homers in a single season by an American League player.

Aaron Judge of the New York Yankees rounds the bases on a solo home run in the sixth inning of a game against the Toronto Blue Jays at Rogers Centre May 3, 2022, in Toronto.
(Cole Burston/Getty Images)

It also was a clutch shot. The two-run blast gave the Yanks a 5-3 lead over the Blue Jays in the top of the seventh inning.

Barry Bonds, Mark McGwire and Sammy Sosa each passed Maris between 1998 and 2001. But, because of their links to performance-enhancing drugs, many consider 61 to be the true all-time record. Either way, Judge is just the fifth player to hit 61 in a season in the history of the game.

Judge has said he believes Bonds’ “73 (from 2001) is the record.” But what he just accomplished not even Babe Ruth did. Ruth’s career high was 60.

Perhaps even more impressive is the fact Judge tied the record in 10 fewer games than Maris. He hit his 60th home run Sept. 20 in his 143rd game of the season. It took Ruth 150 games to do it.

Sixty-one has also become a weird phenomenon in Yankees and baseball lore. Maris hit 61 homers in 1961 in his 161st game. Judge tied the record 61 years later, and he may break it on E. 161st Street in the Bronx later this week.

He has seven more games after Wednesday night to now break it.

The 30-year-old is slated to be a free agent this offseason after he turned down an eight-year, $230.5 million offer from the Yankees before the season. All he’s done since declining that offer is have one of the best offensive seasons the game has ever seen and become the front-runner for the AL MVP Award.

Aaron Judge of the New York Yankees gestures as he runs the bases after his fourth-inning home run against the Minnesota Twins during game one of a doubleheader at Yankee Stadium Sept. 7, 2022, in the Bronx borough of New York City.
(Jim McIsaac/Getty Images)

Talk about winning a bet on yourself.