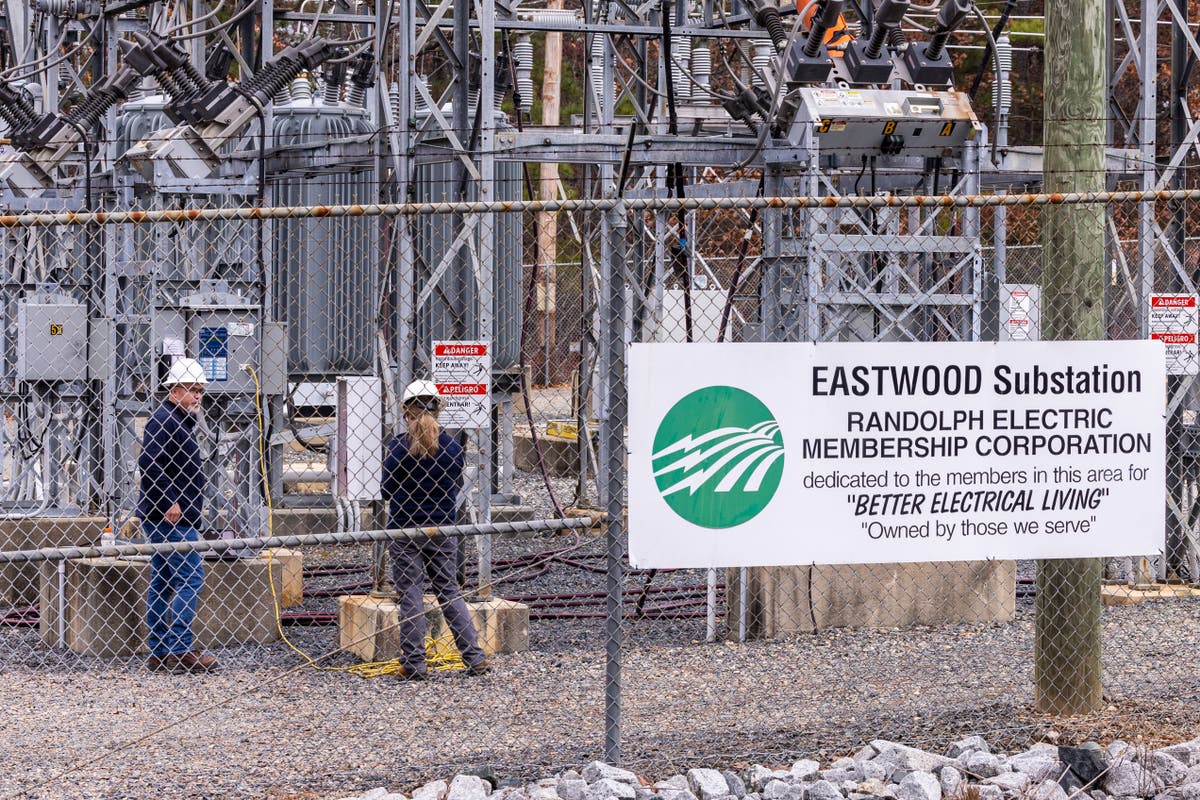 Sign up to our free US Evening Headlines email

The FBI and North Carolina sheriff deputies have issued “active warrants” for suspects in an attack on Moore County substations that left 45,000 residents without power, according to reports.

The Moore County Sheriff’s Office told WRAL that multiple search warrants had been issued in relation to a targeted gunfire assault on two power grids overnight on Saturday.

The FBI has also been granted a federal order to obtain cell phone records to identify anyone who was near the two substations, according to WRAL.

“If we would have found them easily, we would have had someone under arrest by now,” a Moore County Sheriff’s spokesman told the news site.

Officials declared a state of emergency and imposed an overnight curfew after unknown assailants opened fire on the two substations on 3 December, causing widespread power outages.

The FBI and sheriff’s deputies had been investigating a potential link to a drag queen show that was was held in Southern Pines on Saturday. But no motive has been released by authorities so far.

It has also emerged that the US Department of Homeland Security’s National Terrorism Advisory System issued an alert about potential threats to critical infrastructure three days before the Moore County attack.

The nationwide warning was issued after utility companies in the Pacific Northwest reported vandalism attacks at five power substations in November.

A spokesperson for Puget Sound Energy in Washington state told The Independent that two of its power stations were vandalised in late November.

“We are aware of recent threats on power systems across the country and take these very seriously,” the spokesperson said, adding that they appeared to be isolated attacks.

The Cowlitz County Public Utility District in Washington state also reported it had suffered damage to power stations last month, a spokesperson for the utility company told the Seattle Times.

Utility companies in Oregon told KATU that two power stations in the Portland metro area had been damaged in deliberate attacks.

The companies refused to reveal further details, however all confirmed that they were cooperating with the FBI.

A spokesman for the FBI’s Seattle field office told The Independent  in a statement that they could not confirm whether the incidents were connected.

“While we cannot comment on your specific questions, the FBI remains vigilant and works closely with our law enforcement partners on a daily basis to detect, disrupt, and dismantle any threats that may emerge.”