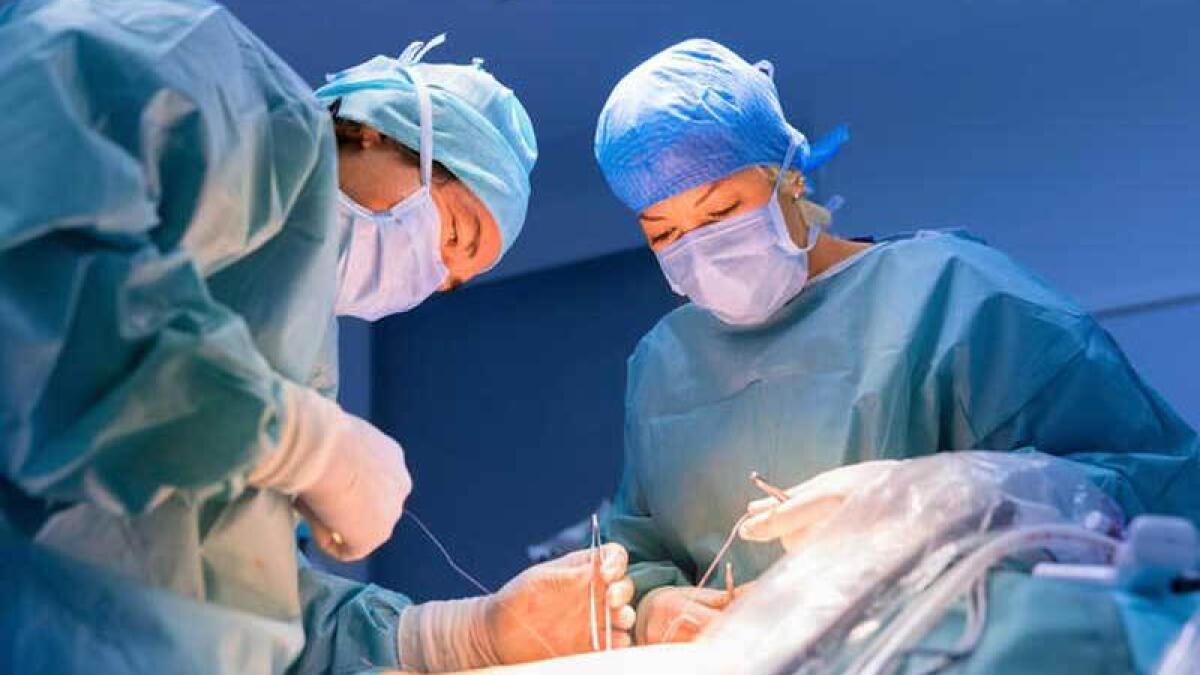 Doctors at Abu Dhabi’s Sheikh Shakhbout Medical City (SSMC) have performed a rare replacement of an entire abdominal aorta to save the life of a 35-year-old woman who had suffered an unusual and fatal aneurysm in her abdomen.

Analyn Pisao, a Filipina, was rushed to the hospital’s emergency department suffering from what was initially thought to be severe appendicitis. A CT scan showed she had a ruptured abdominal aortic aneurysm of 9cm in size.

Dr Mohamed Baguneid, consultant and chair of the vascular surgery division, led a skilled team to immediately prepare for an advanced procedure.

“The patient came to us with low blood pressure and was suffering from severe pain. Essentially, the main aorta in her abdomen had ballooned out and ruptured, causing bleeding,” said Dr Baguneid.

“Given the complexity of her condition and the need for immediate intervention, our team had to mobilise very quickly, so within half an hour from the diagnosis, we had a clamp on her aorta to stop the bleeding. Once we were able to do that, we proceeded with a laparotomy and replacement of the entire aorta with an artificial graft inside her abdomen.”

Unlike more well-known cardiovascular diseases, such as coronary heart disease and stroke, aortic aneurysms are less common and usually affect people aged 70 years and above. Some risk factors, such as being elderly, gender differences, hypertension, smoking, and genetic or metabolic abnormalities, can contribute to aortic aneurysm development.

“Unfortunately, half of the people who suffer a rupture of an aortic aneurysm die before they even reach the hospital, and only half of those that make it to a hospital will survive, making this a life-threatening condition. Generally, these types of aneurysms are less frequent in the UAE than in other parts of the world, like Europe and the US. This might be due to the relatively young population here.”

“The patient was only 35 years old with no history of smoking. Thanks to the timely diagnosis, I’m pleased to say that she recovered well and was able to return home after five days following the procedure,” Dr Baguneid.

Pisao is feeling relieved and expressed her gratitude to the medical team.

“I was suffering from so much pain that I honestly thought my life would be over at any moment – that’s how frightened I was. When I went through the procedure with Dr Baguneid, I couldn’t believe it was over. I now feel a lot better and am especially relieved. The doctor told me I wouldn’t have to worry anymore, and I am thankful to him and the hospital staff for their efforts and saving my life,” she added.